RoboCop is a 1987 American science fiction action film directed by Paul Verhoeven. Set in a crime-ridden Detroit, Michigan in the near future, RoboCop centers on a police officer who is brutally murdered and subsequently re-created as a super-human cyborg known as “RoboCop”. The film features Peter Weller, Dan O’Herlihy, Kurtwood Smith, Nancy Allen, Miguel Ferrer, and Ronny Cox.

In addition to being an action film, RoboCop includes larger themes regarding the media, resurrection, gentrification, corruption, privatization, capitalism, masculinity, and human nature. It received positive reviews and was cited as one of the best films of 1987, spawning merchandise, two sequels, a television series, two animated TV series, and a television mini-series, video games and two comic book adaptations. The film was produced for a relatively modest $13 million.

In the near future, Detroit, Michigan is on the verge of collapse due to financial ruin and unchecked crime. The mega-corporation Omni Consumer Products enters into a contract with the city to run the police force. OCP plans to destroy “Old Detroit” to replace it with the utopia of “Delta City”. Recognizing that human law enforcers are insufficient to stop the crime spree, OCP runs several programs to find robotic replacements. One program, the ED-209 enforcement droid, headed by senior president Dick Jones (Ronny Cox), malfunctions and kills a junior executive during its demonstration. As a result, the OCP Chairman (Dan O’Herlihy) opts for a cyborg program helmed by middle-ranking executive Bob Morton (Miguel Ferrer), named “RoboCop”. Jones is furious at Morton for going over his head.

The RoboCop program requires a recently-deceased “candidate” for conversion; to obtain one, OCP reorganizes the police force to the crime-ridden Metro West precinct expecting an officer will die in the line of duty and become a candidate. One such officer is veteran Alexander James Murphy (Peter Weller), who is partnered with Anne Lewis (Nancy Allen). On their first patrol, they chase down a team of criminals led by crime boss Clarence Boddicker (Kurtwood Smith) to an abandoned steel mill. Murphy and Lewis separate. Lewis is later rendered unconscious by one of the gang, while the rest of Boddicker’s men corner Murphy and sadistically mutilate him with shotguns before Boddicker executes him with a pistol shot to the head. Lewis, unable to help, witnesses the murder in horror. Murphy is pronounced dead at the hospital, but OCP takes his body and uses it to create the first RoboCop.

RoboCop is guided by three prime directives written into his programming: serve the public trust, protect the innocent, and uphold the law. This is followed by a classified fourth directive that he is unaware of. He is able to single-handedly deal with much of the violent crime in the city, causing the rest of the police force to become worried they may be replaced. Unbeknownst to his human monitors, RoboCop still retains memories of his life as Murphy, including brief glimpses of his wife and son, and the action of spinning his gun before holstering it, a trick Murphy had done for his son. Lewis recognizes these elements from Murphy’s mannerisms, and tries to learn more from RoboCop, but he remains silent on the issues. Because of RoboCop’s success, Morton is promoted to become one of OCP’s Vice Presidents.

Morton’s success and arrogance leads Jones to have Boddicker, secretly in his employ, kill the young executive. Meanwhile, an armed gas station holdup by one of Boddicker’s men allows RoboCop to track down Boddicker to a cocaine bunker. RoboCop bursts into the facility and a shootout between him and the bandits ensues. Boddicker reveals his alliance with Dick Jones. RoboCop then apprehends Boddicker. RoboCop visits Jones at his offices at OCP, intending to arrest him.

During the confrontation, RoboCop’s previously unknown and secret fourth directive, preventing him from arresting or harming any senior executive of OCP, activates and incapacitates him. Jones boasts to RoboCop about adding the directive to his program and even talks about his role in Morton’s murder, and then sends an ED-209 against RoboCop. RoboCop, handicapped by the directive, engages the machine. The ED-209 proves incapable of descending a stairway, enabling RoboCop to escape. When RoboCop enters the parking complex of the building, a police SWAT team is waiting for him with orders to destroy him. The hail of bullets severely damages RoboCop’s armor, but he is saved by Lewis, his former partner.

Lewis tends to RoboCop’s injuries at the same steel mill where Murphy was killed, and discovers that there is still some of Murphy’s old self present despite the cyborg augmentation. Meanwhile, the police launch their long-threatened strike, sending the city into chaos. Jones arranges for Boddicker and his men to be released from prison and provides them with weaponry capable of puncturing RoboCop’s heavy armor. Boddicker’s team converges on the steel mill using a tracking device provided by Jones. RoboCop and Lewis defend themselves and kill the entire gang. RoboCop finds Lewis severely wounded but alive.

RoboCop returns to OCP headquarters alone and uses one of the assault cannons to destroy the ED-209 guarding the building. Arriving in the middle of an executive board meeting with the president, Jones, and other executives, RoboCop plays back Jones’ confession to Morton’s murder and explains his inability to arrest OCP employees. Jones quickly grabs a gun, takes the president hostage and begins making demands. The president, after being told about the Fourth Directive by RoboCop, fires Jones from OCP, allowing RoboCop to shoot him. Jones then crashes through the window and falls to his death. The president commends RoboCop for his skill and asks for his name, to which he replies, “Murphy”. 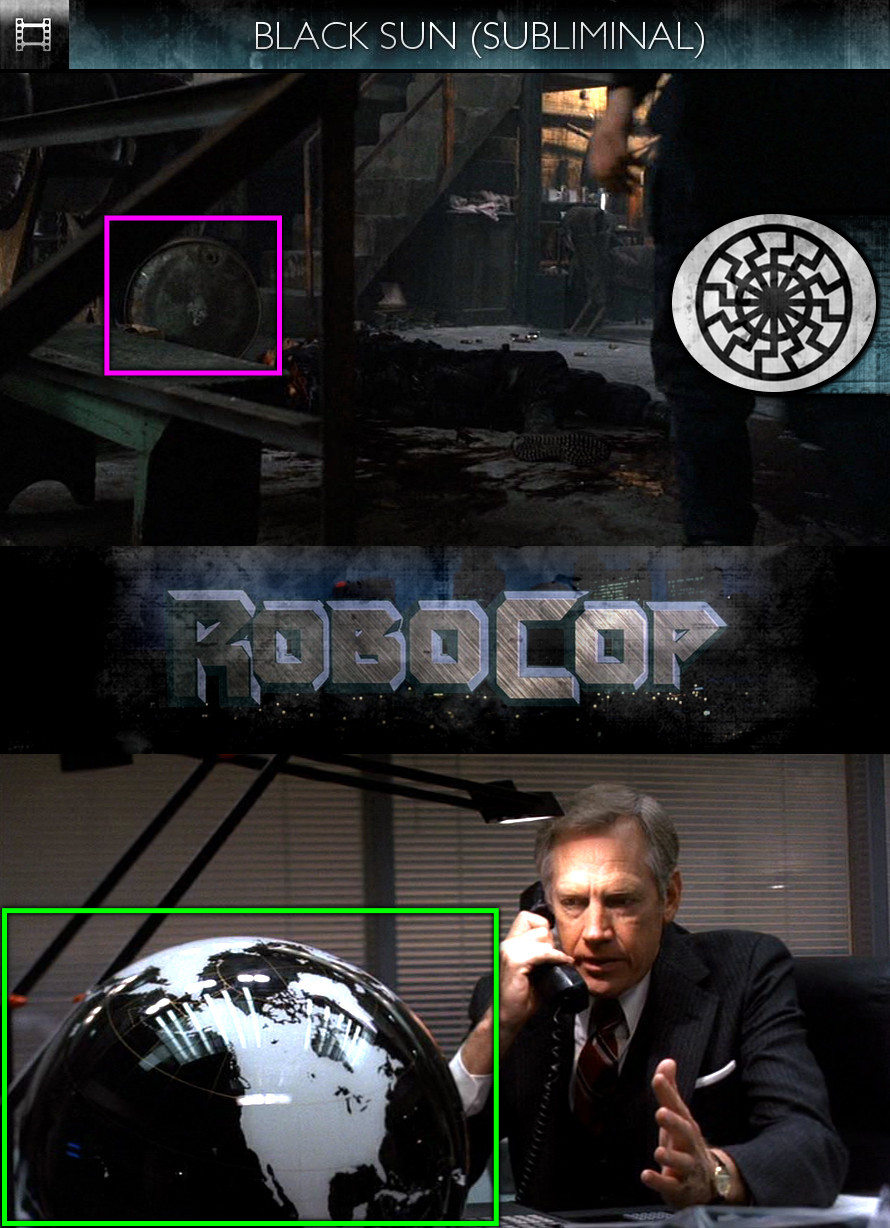 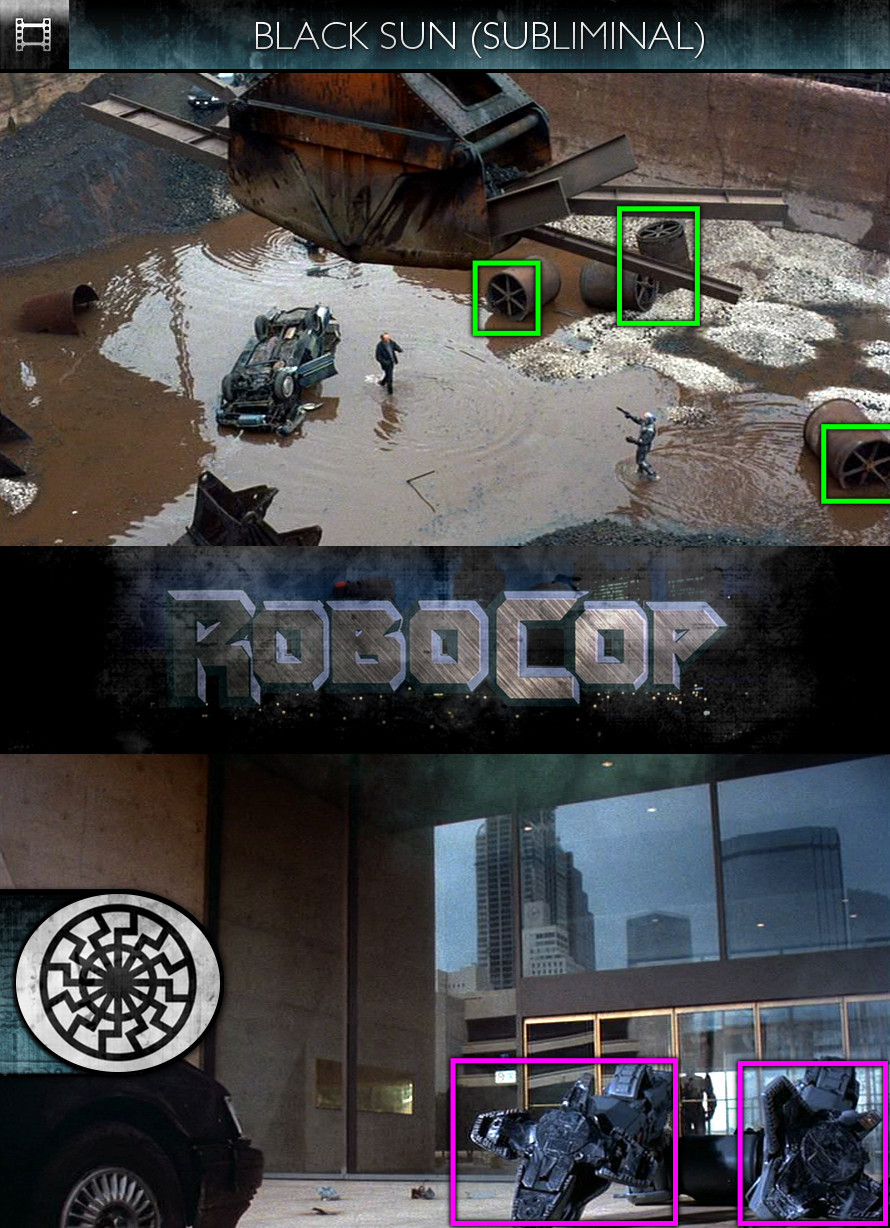 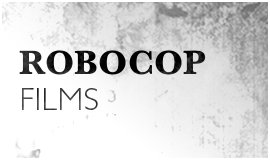