Hulk (also known as The Hulk) is a 2003 American superhero film based on the fictional Marvel Comics character of the same name. Ang Lee directed the film, which stars Eric Bana as Dr. Bruce Banner, as well as Jennifer Connelly, Sam Elliott, Josh Lucas, and Nick Nolte. The film explores the origins of the Hulk, which is partially attributed to Banner’s father’s experiments on himself, and on his son.

Development for the film started as far back as 1990. The film was at one point to be directed by Joe Johnston and then Jonathan Hensleigh. More scripts had been written by Hensleigh, John Turman, Michael France, Zak Penn, J. J. Abrams, Scott Alexander and Larry Karaszewski, Michael Tolkin, and David Hayter before Ang Lee and James Schamus’ involvement. Hulk was shot mostly in California, primarily in the San Francisco Bay Area. The film was released with mixed reviews and grossed over $245 million worldwide. Marvel Studios rebooted it in 2008 with The Incredible Hulk.

David Banner (based on Brian Banner) is a genetics researcher who experiments on himself, trying to improve human DNA. Once his wife gives birth to their son Bruce, David realizes his mutant DNA has been passed on and attempts to find a cure for his son’s condition. In 1973, the government, represented by a then-Lieutenant Colonel “Thunderbolt” Ross, shuts down his research after learning of his dangerous experiments. David, in a fit of rage, causes a massive explosion of the facilities’ gamma reactor, and accidentally kills his wife. He is then put into a mental hospital, while 4-year-old Bruce is sent into foster care and adopted, suppressing the memories of his biological parents, believing them both to be deceased. The events surrounding his mother’s death leave Bruce unable to recall the details of his early childhood, which only come forth in his sleep, but he never remembers them when he wakes.

Years later, Bruce is a researcher freshly-graduated at the University of California, Berkeley. The military-industrial complex, represented by Major Talbot, becomes interested in the research of nanomeds to build regenerating soldiers. David reappears and begins infiltrating Bruce’s life, working as a janitor in the lab building. Ross, now an Army general and the estranged father of Bruce’s ex-girlfriend and co-researcher Betty Ross, also begins to investigate. He becomes concerned both for his daughter’s safety around Bruce and the fact that Bruce is working in the same field as David.

Bruce succumbs to a scientific experiment accident which exposes him to radiation and the nanomeds, causes them to intertwine with Bruce’s already-altered DNA. That night, his father confronts him, revealing their relationship and hinting at the mutation inside Bruce. Using samples of Bruce’s DNA stolen from stray hair, he begins experimentation on animals. Soon after, the growing rage within Bruce stemming from all of the fustrations and stresses building up around him activates his radiated DNA, transforming him into the Hulk for the first time.

After he destroys the lab, Betty finds Bruce unconscious and he barely remembers his transformation. Ross arrives, suspicious, and places him under house arrest as well as taking over the lab. That night, David phones Bruce and tells him he has unleashed three mutant dogs to track down and kill Betty. Already enraged, he is attacked by Talbot, Bruce transforms again and, after seriously injuring Talbot and the guards, heads off to Betty’s cabin out in the woods and fights three massive dogs. After Hulk rips them apart and saves Betty, he goes towards the lake to cool down. The next morning, Bruce is tranquilized and taken to a desert underground base. Betty tries to convince her father to allow her to help Bruce control his transformations, but Ross remains extremely skeptical, believing Bruce will follow in his father’s footsteps. In the meantime, David breaks into the lab and subjects himself to the nanomeds, gaining the ability to meld with and absorb the properties of anything he can touch; (“partake with the essence of all things“).

Talbot, seeing an opportunity to profit from the Hulk’s strength and regenerative capability, tries to anger him and chip off a piece of his Hulk-form. Talbot puts him in a sensory deprivation tank and induces a nightmare that begins to trigger his repressed memories and transforms him into the Hulk, eventually leading to the death of Talbot. David confronts Betty and offers to turn himself in. In exchange, he asks to speak to Bruce one last time, as father-&-son. The Hulk escapes the base in the process. He battles army forces sent after him out in the desert, defeating four Abrams tanks, four Comanche helicopters, and leaps all the way to San Francisco to find Betty, but is greeted with two F-22 Raptors. Betty contacts her father and convinces him to take her to meet the Hulk. Bruce’s love for her comes through the Hulk at the sight of her, and he transforms back into his human form.

David is allowed to visit the base and talk to Bruce. David, having descended into megalomania, fails to convince Bruce to give him his power. David transforms into a powerful electrical being after biting into a wire and absorbing the energy. Bruce then transforms into the Hulk and battles his father. The battle reaches a conclusion when Bruce allows his father to absorb his power, which proves too much for the unstable David to control, swelling his body into a huge amorphous form. Ross orders a Gamma Charge Bomb dropped on them, and both are presumed dead when no trace of them is found after the explosion.

A year later, there have been numerous sightings of the Hulk. Bruce finds exile in the Amazon rainforest as a doctor in a medical camp. When soldiers try to steal some medical supplies from the camp, he confronts the ringleader; “You’re making me angry: You wouldn’t like me when I’m angry…” Bruce’s eyes turn green, and above the rainforest canopy, the loud roar of the Hulk can be heard. 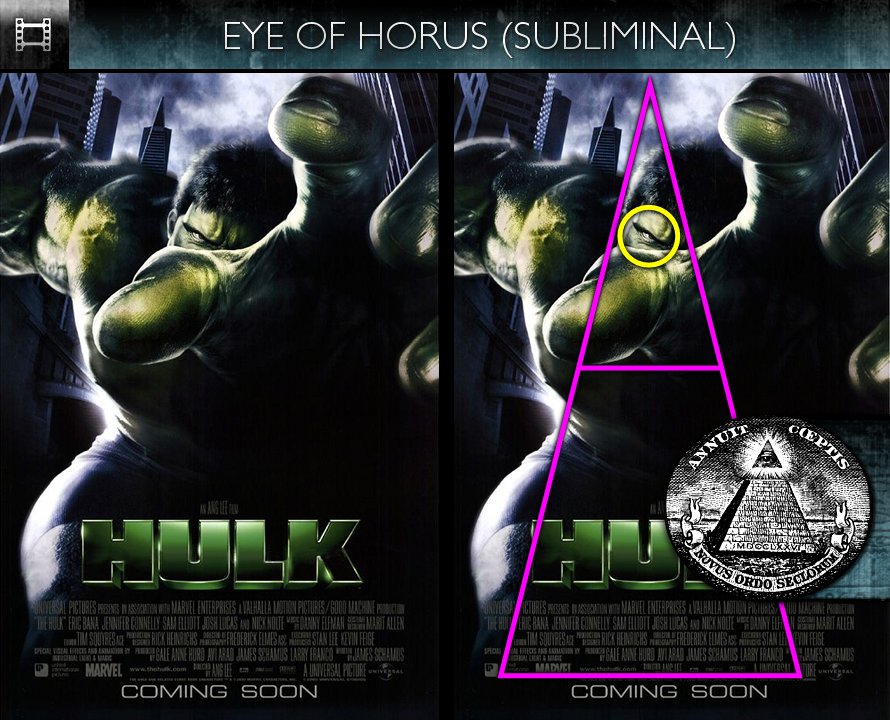 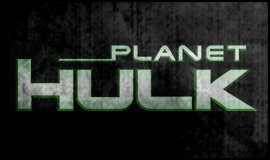