Pacific Rim is a 2013 American science fiction monster film directed by Guillermo del Toro, written by del Toro and Travis Beacham, and starring Charlie Hunnam, Idris Elba, Rinko Kikuchi, Charlie Day, Robert Kazinsky, Max Martini, and Ron Perlman. The film is set in the 2020s, when Earth is at war with the Kaijus, colossal monsters which have emerged from an interdimensional portal on the bottom of the Pacific Ocean. To combat the monsters, humanity unites to create the Jaegers : gigantic humanoid mecha, each controlled by at least two pilots, whose minds are joined by a neural bridge. Focusing on the war’s later days, the story follows Raleigh Becket, a washed-up Jaeger pilot called out of retirement and teamed with rookie pilot Mako Mori as part of a last-ditch effort to defeat the Kaijus.

Del Toro envisioned Pacific Rim as an earnest, colorful adventure story, with an “incredibly airy and light feel”, in contrast to the “super-brooding, super-dark, cynical summer movie”. The director focused on “big, beautiful, sophisticated visuals” and action that would satisfy an adult audience, but has stated his “real hope” is to introduce the kaiju and mecha genres to a generation of children. While the film draws heavily on these genres, it avoids direct references to previous works. Del Toro intended to create something original but “madly in love” with its influences, instilled with “epic beauty” and “operatic grandeur”. The end credits dedicate the film to Ray Harryhausen and Ishirō Honda, who helped to establish the giant monster genre with films such as The Beast from 20,000 Fathoms and Godzilla respectively.

The film was produced by Legendary Pictures and distributed by Warner Bros. It was released on July 12, 2013 including releases in 3-D and IMAX 3D, receiving generally positive reviews; the visual effects and action sequences were highly praised. Although the film did not meet expectations at the United States box office, it was highly successful in other territories. It earned a worldwide total of more than $411 million, including $114 million in China, its largest market.

In 2013, human cities come under attack by the Kaijus:colossal beasts who come through an interdimensional portal on the Pacific Ocean floor. To combat them, the Pacific Rim nations build the Jaegers: equally colossal humanoid war machines. Each Jaeger is piloted by two people whose brains are linked to share the overwhelming mental load of operating the machine. The Jaegers are initially effective, but many are destroyed as the Kaijus grow more powerful and their attacks more frequent. In 2025, the involved governments deem the Jaeger program nonviable, and discontinue it in favor of building massive coastal walls to protect humanity from the Kaijus. The four remaining Jaegers are redeployed to Hong Kong to defend the coast until the wall’s completion. Jaeger commander Stacker Pentecost (Elba) devises a plan to end the war by destroying the portal with a thermonuclear bomb.

Pentecost approaches retired pilot Raleigh Becket (Hunnam) and convinces him to return and pilot Gipsy Danger, the Jaeger he and his brother Yancy once piloted. During a mission off the coast of Alaska in 2020, Yancy was killed by a Kaiju while connected to his brother, traumatizing Raleigh. In Hong Kong, Raleigh is antagonized by Chuck Hansen (Kazinsky), co-pilot of the Jaeger Striker Eureka, who sees Raleigh as unreliable. Later, Raleigh tests with potential co-pilots to find one with whom he connects strongly, which ensures effective performance in battle. Sensing a strong connection, Raleigh demands to be partnered with Mako Mori (Kikuchi), the director of the Jaeger refurbishment project. Pentecost opposes, Mako being his adoptive daughter, but he eventually relents. During the duo’s initial test run, Mako becomes engrossed in a childhood memory of the Kaiju attack which orphaned her, and nearly discharges Gipsy Danger‘s weapons in the hangar; Pentecost deems her unready for combat. However, when a double Kaiju attack in Hong Kong destroys two Jaegers and disables Striker Eureka, Pentecost has no choice but to send out Raleigh and Mako to take a last stand with Gipsy Danger.

Meanwhile, Newton Geiszler (Day)—a scientist studying the Kaijus—assembles a device that allows him to establish a mental link with a Kaiju brain fragment. He discovers that the Kaijus are not wild beasts but living weapons sharing a hive mind and fighting at the behest of a race of alien colonists. Under Pentecost’s instruction, Geiszler seeks out Hannibal Chau (Perlman), a major figure in the trafficking of Kaiju parts, and attempts to procure an intact Kaiju brain to repeat the experiment. After Gipsy Danger kills both Kaijus, Chau’s crew move in to harvest parts, but discover one Kaiju to be pregnant. The newborn bursts from its mother and swallows Chau before dying. Geiszler links with the newborn Kaiju’s brain, and learns that the reason all previous attempts to infiltrate and destroy the portal have failed is that the portal only opens for Kaiju DNA.

The two remaining Jaegers commence the plan to destroy the portal; Pentecost and Chuck carry the bomb with Striker Eureka, escorted by Raleigh and Mako in Gipsy Danger. They find the portal guarded by three Kaijus. The ensuing battle renders Striker Eureka unable to deliver the bomb. Pentecost instructs Raleigh to use Gipsy Danger‘s nuclear reactor core as an improvised bomb; he and Chuck sacrifice themselves, detonating the original bomb in an effort to clear a path. Considering Geiszler’s discovery, Raleigh and Mako seize the final Kaiju with Gipsy Danger and use it to enter the portal. As Gipsy Danger descends into the alien dimension, Raleigh ejects Mako’s escape pod, initiates the core’s overload sequence, and ejects himself. Gipsy Danger‘s core detonates, laying waste to the alien colonists and destroying the portal. Mako and Raleigh’s escape pods surface safely in the Pacific, and the duo embrace as rescue helicopters arrive.

In a post-credits scene, Chau cuts his way out of the newborn Kaiju’s stomach. 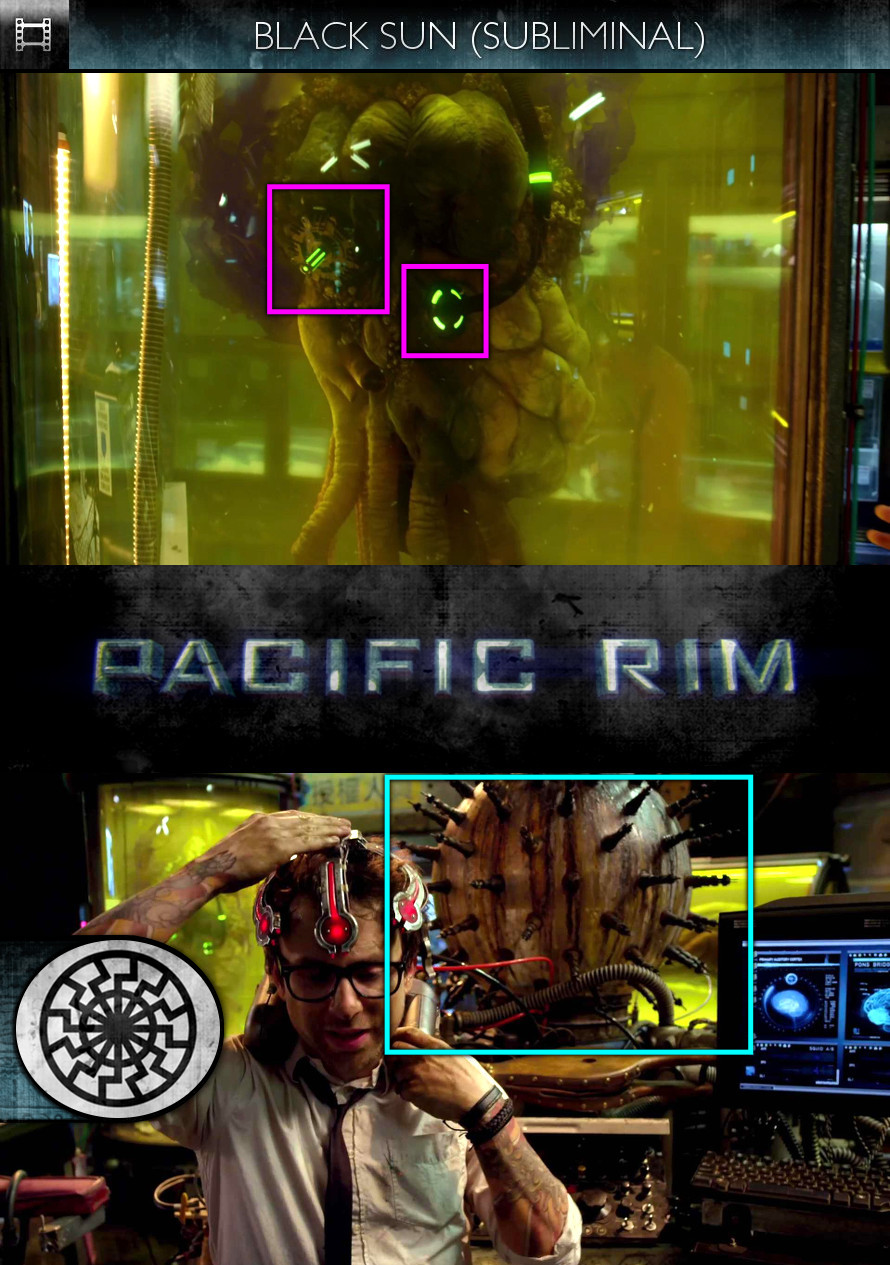 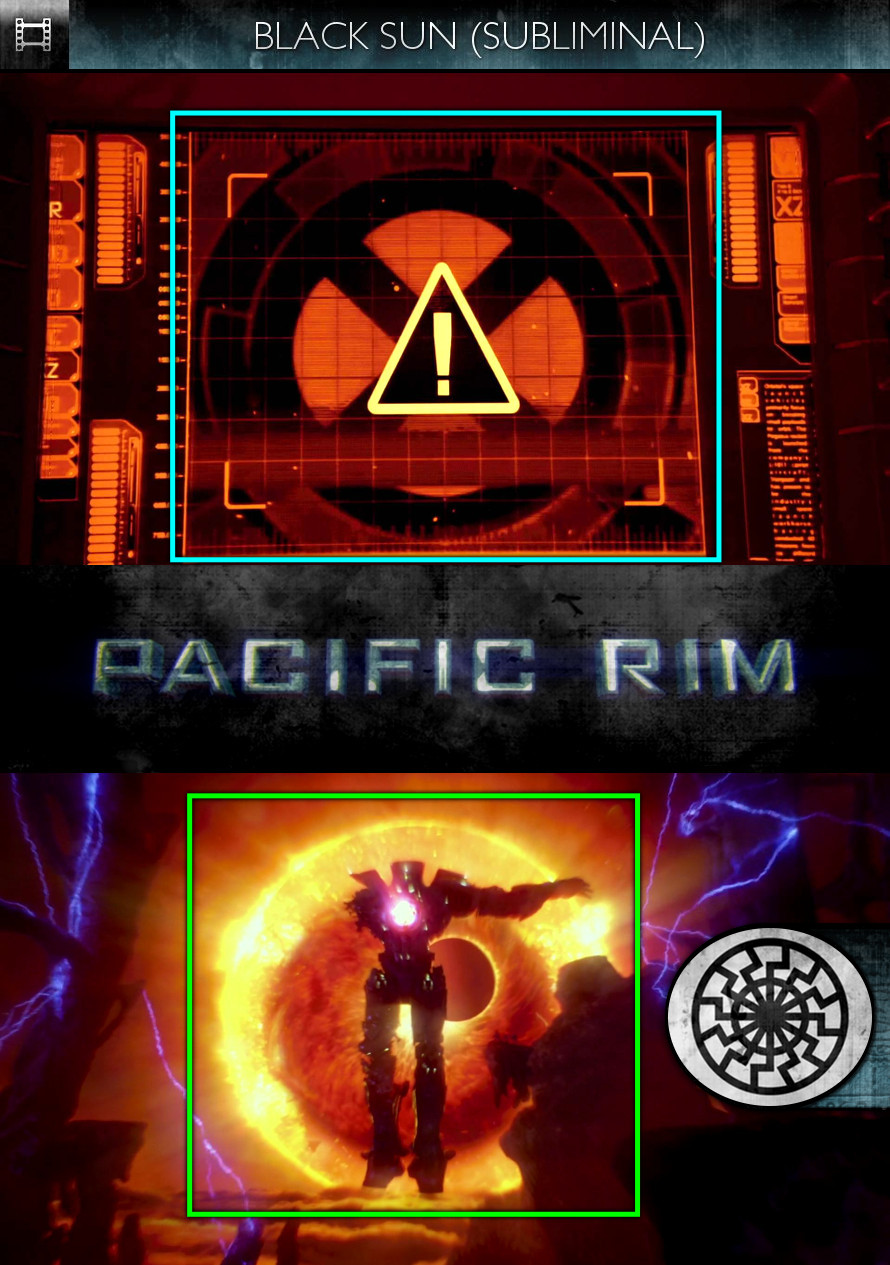