Babylon A.D. is a 2008 French American science fiction action film based on the novel Babylon Babies by Maurice Georges Dantec. The film was directed by Mathieu Kassovitz and stars Vin Diesel. It was released on 29 August 2008 in the United States.

In 2058, a mercenary named Toorop (Vin Diesel) accepts a contract from a Russian mobster, Gorsky (Gérard Depardieu), who instructs him to bring a young woman known only as Aurora (Mélanie Thierry) to New York City. In order to reach this goal, Gorsky gives Toorop a variety of weapons as well as a UN passport that has to be injected under the skin of the neck. Toorop, along with the girl and her guardian nun Sister Rebeka (Michelle Yeoh), travels from the Noelite Convent in Mongolia to reach New York via Russia.

The towns and cities of Russia have been turned into dangerous, overpopulated slums by war and terrorist activity, forcing Toorop, Aurora, and Rebeka to face dangers of the human element, while fleeing from an unknown group of mercenaries claiming to have been sent by Aurora’s supposedly dead father. The stress of humanity’s situation causes Aurora to act out in strange ways that neither Toorop nor Rebeka can explain. On one such occasion, Aurora seems for no reason to panic and run from a crowded train station, just before it explodes.

Later, they board a submarine that carries refugees to Canada. However, to avoid satellite detection, the submarine is forced to leave some behind, even resorting to shooting them. Aurora, infuriated by the loss of life, starts to operate the 30-year-old submarine, without having ever learned about it.

Sister Rebeka explains to Toorop that Aurora could speak nineteen different languages by the age of two, and always seems to know things she has never learned. Three months before leaving with Toorop, she has begun acting in ways she never had before. This occurred after a visit by a Noelite doctor who had administered a pill to Aurora. The doctor tells her to go to New York City and arranges for Toorop to take them.

Once in Harlem, a news broadcast about the bombing of the convent causes the group to realize that there is more going on than they know. The Noelites have become a major new salvationist religion, which vast numbers of people cling to as the world spirals out of control. However, in private meetings, it is seen that their High Priestess is really just after power, and tries to use various invented miracles to get more people to believe in the truth of her religion. Gorsky, working for the Noelites, had planted a tracking device in Toorop’s passport, and then bombed the convent when he knew they were in the United States. The doctor who earlier saw Aurora in the convent then appears to examine her again. When he leaves, Aurora reveals (without being told) that she is pregnant with twins, even though she is a virgin.

Looking outside, Toorop sees Gorsky’s men as well as the Noelite group, heavily armed and waiting for them. The High Priestess then calls Toorop and asks him to bring Aurora outside. Just before they take her away, Toorop changes his mind and starts a firefight with the two groups with the ultimate goal of getting the two women to safety. However, because of the tracking devices, Gorsky’s men can lock onto Toorop with tracking rockets. Rebeka is shot and killed defending Aurora, who in turn shoots Toorop saying the words, “I need you to live”. By dying, the rocket goes off target and explodes near Aurora instead. In fact, Aurora survives the rocket explosion by uncertain means.

Toorop’s body is revived by Dr. Arthur Darquandier (Lambert Wilson), using advanced medical techniques, but Toorop’s right arm and left leg are replaced with cybernetics to undo the damage of being dead for over two hours. Darquandier explains that when Aurora was a fetus, he enhanced her by using a supercomputer to ‘implant’ intelligence into her brain. It is also implied that the Noelite group had him create Aurora to become pregnant at a certain time in order to use her as a ‘virgin birth’ for their religion, and for his sake.

Doctor Darquandier uses a machine to go through Toorop’s memory to find what Aurora said to him before Toorop ‘died.’ In Toorop’s memory, Aurora tells Toorop to “go home.” Toorop, as well as several of Darquandier’s men, leave the facility. En route to Darquandier’s lab, the High Priestess calls Gorsky, at which point he is killed by a nuclear missile sent to him by the High Priestess. Darquandier is later killed by the High Priestess, but it is too late, since Toorop has already escaped. Toorop goes to his old house in the forest and finds Aurora, and takes her to a hospital where she dies after giving birth. Aurora was “designed to breed”, not to live, so her death at childbirth was preprogrammed. Toorop is left to take care of her two children. 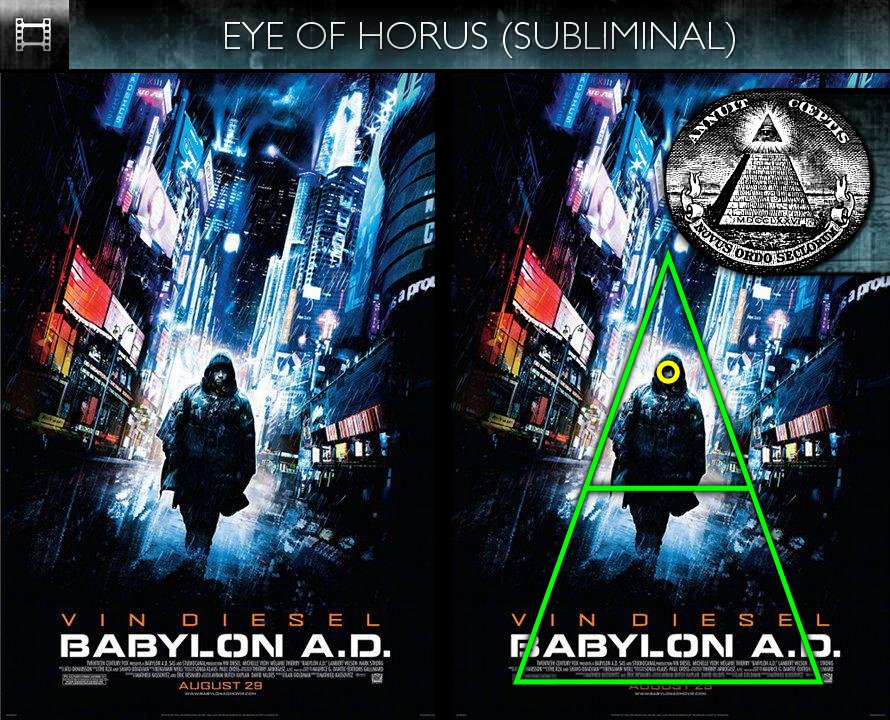