The Australian one hundred dollar banknote was first issued in 1984. There have been only two different issues of this denomination: initially a greyish blue paper note, and from 1996, a green polymer note. There were 221,842,984 paper notes issued before its withdrawal.

Since the start of issuance there have been six signature combinations. Two other combinations were not issued.

Since 1973, the main title identifying the country on banknotes has been “Australia”. The denominations issued prior to 1973 used “Commonwealth of Australia”.

The paper issue has a portrait of Antarctic explorer Douglas Mawson, with a background of a mountain range with a geological strata format. A large diamond shape appears to the left of the main picture. Astronomer John Tebbutt is on the reverse, with a background of the observatory he built and a local church.

The polymer issue was designed by Bruce Stewart, and features portraits of soprano Dame Nellie Melba and engineer and First World War general Sir John Monash. This polymer note is occasionally colloquially referred to as a “jolly green giant” due to its colour and size.

Learn more about the concepts, principles and symbolism behind the subliminals found in these banknotes: 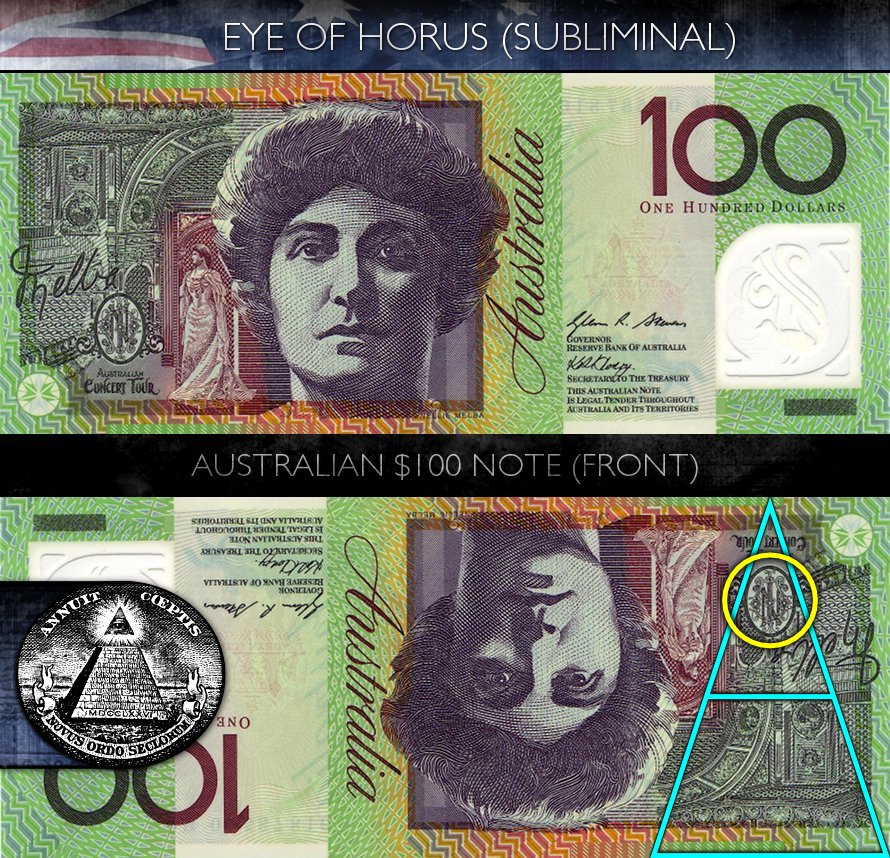