The fictional character Spider-Man, a comic book superhero featured in Marvel Comics publications, has appeared in four films since his inception. The rights to a motion picture based on Spider-Man were purchased in 1985 and moved through various production companies and studios, at one point having James Cameron to direct, before being secured by Sony Pictures Entertainment.

Raimi’s trilogy, produced on a total budget of US$597 million, grossed nearly $2.5 billion worldwide, with the fourth achieving $752 million. Each film set several box office records, with all three included in the top 20 highest-grossing domestic films as well as the top 30 highest-grossing worldwide films. The series over all is the eighth highest-grossing film franchise ever. Critics have given the first two films and the fourth film positive reviews, while the third film received mainly mixed reviews. The series has been released on both Blu-ray and DVD.

While the story told in the first three films was originally going to be continued in a fourth film, Sony announced that the franchise would instead be rebooted with new director Marc Webb and a new cast that included Andrew Garfield as Peter Parker, Emma Stone as Gwen Stacy, and Rhys Ifans as Dr. Curt Connors. The reboot’s intention was to have Peter Parker back to developing his abilities in high school. The film, titled The Amazing Spider-Man, was released in 3D and IMAX 3D in July 2012.

After a long development history, all of the Spider-Man films were produced by Laura Ziskin and distributed by Columbia Pictures, the primary film production holding of Sony. The first three were directed by Sam Raimi, and the reboot was directed by Marc Webb.

Spider-Man follows Peter Parker (Tobey Maguire), an orphaned high schooler who pines after popular girl-next-door Mary Jane Watson (Kirsten Dunst). While on a science class field trip, Peter is bitten by a genetically-engineered “super spider.” As a result, Peter gains superhuman abilities, including increased strength, speed, and the abilities to scale walls and generate organic webbing. After his beloved Uncle Ben (Cliff Robertson) is murdered, a murder Peter could have easily prevented, the teenager realizes that he must use his newfound abilities to protect New York City. Meanwhile, wealthy industrialist Norman Osborn (Willem Dafoe), the father of Peter’s best friend Harry Osborn (James Franco), subjects himself to an experimental performance-enhancing serum, which creates a psychotic and murderous split personality. Donning a military battlesuit, Norman becomes a freakish “Green Goblin”, who begins to terrorize the city. Peter, as Spider-Man, now must do battle with the Goblin, all while trying to express his true feelings for Mary Jane.

Spider-Man 2 picks up two years after the events of the first film. Struggling to balance both his superhero life and private civilian life, Peter still pines after Mary Jane, who is now engaged, and Harry continues to thirst for revenge against Spider-Man. As the stress of his dual life causes Peter’s superpowers to wane, the hero must contend with the presence of Otto Octavius (Alfred Molina), a.k.a. Dr. Octopus, a mad scientist with four mechanical tentacles fused to his spine who sets out to recreate a dangerous fusion-based experiment that could destroy half of New York City. As the villain rampages across the city, Peter must choose between living the normal life he desires or committing to his responsibility to protect New York as Spider-Man.

Spider-Man 3 picks up months after the events of the second film. The film finds Peter basking in the spotlight as Spider-Man, and finding a balance between being a superhero and being with his love, Mary Jane Watson. Harry finally decides to take his revenge by setting up Mary Jane, then becomes the New Goblin like his father the original Green Goblin , and threatens the elements in Peter’s life. Eddie Brock (Topher Grace), another photographer for the Bugle, sets out on a mission to defame Spider-Man and incriminate him. Flint Marko (Thomas Haden Church), an escaped convict, falls into a particle accelerator and becomes a shape-shifting sand monster later known as Sandman. He sets out to steal money for his chronically ill daughter. Peter later learns that Marko is the one that killed Uncle Ben, causing Peter’s own dark intentions to grow. This vendetta is enhanced by the appearance of the mysterious black alien symbiotic substance that bonds to Peter, resulting in the formation of a new, jet-black costume. Once Peter separates himself from the alien, it finds a new host in the form of Brock, resulting in the creation of Venom.

Simultaneous with the cancellation of Spider-Man 4, Sony announced that the franchise would be rebooted with a new director and new cast. The Amazing Spider-Man was released on July 3, 2012 in 3D and IMAX 3D, and is intended to focus on Peter Parker developing his abilities in high school. Sony also confirmed that James Vanderbilt would write the script for the new film and Marc Webb, whose previous film (500) Days of Summer was his directorial debut, would direct the reboot. Entertainment Weekly called Vanderbilt’s script “gritty, contemporary” and referenced Batman Begins, Christopher Nolan’s reboot of the Batman film series, which also reinvented the tone of the series. The cast includes Andrew Garfield as Spider-Man, Emma Stone as Gwen Stacy, and Rhys Ifans as Dr. Curt Connors. Merchandising rights were sold by Sony to Disney Consumer Products in 2011, in exchange for full participation in the films themselves. 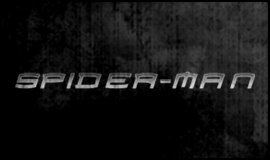 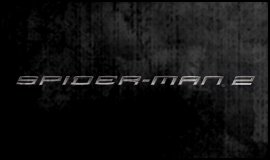 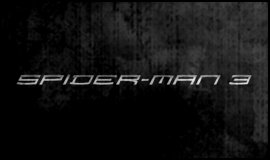 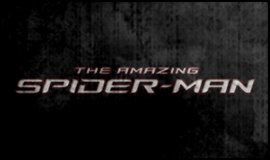