RoboCop is a 2014 American science fiction action film directed by José Padilha. It is loosely based on the 1987 film of the same name and is a reboot of the RoboCop film series, making it the fourth installment of the franchise. The film stars Joel Kinnaman in the title role.

Screen Gems first announced a remake in 2005, but it was halted one year later. Darren Aronofsky and David Self were originally assigned to direct and write the film, respectively, for a tentative 2010 release. The film was delayed numerous times, and Padilha signed on in 2011. In March 2012, MGM announced an August 2013 release, but that was then changed to February 2014. The principal characters were cast from March to July 2012. Principal photography began in September 2012 in Toronto and Vancouver in Canada, with additional locations in Hamilton and Detroit in the United States.

In 2028, multinational conglomerate OmniCorp is at the center of military “robot soldier” technology, supplying the US Military with mechanical soldiers that are used overseas. OmniCorp wants to sell their products for use in civilian law enforcement in the United States but public opinion, embodied by the Dreyfuss Act, prevents this. OmniCorp CEO Raymond Sellars (Michael Keaton) asks his marketing team, in conjunction with scientist Dr. Dennett Norton (Gary Oldman), to create a new law enforcement product by combining human and machine that he believes can be “sold” to the American public, and cause the Dreyfuss Act to be voted down in Congress. They begin looking for a police officer who was permanently injured to act as the core of their prototype.

Policeman Alex Murphy (Joel Kinnaman) is critically injured by a carbomb planted by crooked cops under the payroll of local crime boss Antoine Vallon. Norton picks Murphy for the RoboCop program, and after getting consent from Murphy’s wife, Clara (Abbie Cornish), has him outfitted with the RoboCop body and software, which gives him enhanced strength along with instant computing information in his brain. Alex at first rejects his current condition, but is convinced by Norton to be strong for his wife and son. Rick Mattox (Jackie Earle Haley), OmniCorp’s military tactician, is skeptical of Alex’s abilities and points out he will never be as efficient as a fully mechanical robot. In order to make Alex perform better, Norton tampers with Alex’s brain, making him believe that his tactical decisions are his own when he is actually executing programs.

While preparing for a public press conference to unveil RoboCop, Alex is emotionally overwhelmed and has a seizure while Norton is downloading the police database information into his brain. Pressed for time, Norton has Alex’s brain chemistry altered, lowering his dopamine levels until he no longer displays any emotions. Under control, Alex attends the press conference, where he ignores his waiting wife and son, and efficiently apprehends a criminal in the crowd. RoboCop is a public relations success, and afterward Alex is successful in drastically reducing the crime rate in Detroit. Public opinion on the Dreyfuss Act begins to turn. Norton is told to prevent Alex from seeing his wife and son to disguise the lowered dopamine changes.

Clara manages to confront her husband as he is leaving the station, telling him about his son David’s nightmares. Alex leaves, but then overrides his programming and detours from his current case to go to his house. He reviews the CCTV footage of his accident and realizes that David saw his body and was traumatized by it. Alex then pursues Vallon for revenge, and in the course of tracking him down to a warehouse learns that Sellars was involved with Vallon. Vallon is tipped off that Alex was coming and prepares for him, when Alex arrives Vallon nearly succeeds in killing him but fails and is shot by Alex. Alex then returns to the station to apprehend the two cops who sold him out. Alex arrests the two cops, and is about to arrest the Chief of Police when Mattox, who has been given full access to the RoboCop program, remotely shuts him down, fearing the police chief will confess to Sellars involvement in the car bomb that nearly killed Alex. Alex is then taken back to OmniCorp for repair.

Sellars decides to spin this turn of events to his advantage, via television presenter Pat Novak (Samuel L. Jackson), who thanks RoboCop for revealing the fallibility of the police, and points out that drones are incorruptible. A repeal of the Dreyfuss Act goes underway, with votes overwhelmingly in support of the repeal. Clara, who has been insisting to see Alex, goes to the press and angrily demands to see her husband. Sellars and Mattox realize that Clara can eventually force a meeting with her and Alex and this could reveal their involvement with Vallon, so Sellars separately sends both Mattox and Norton to destroy Alex. Norton reaches Alex in the lab first and has him brought back to consciousness, telling him everything. Alex, feeling betrayed, goes after Sellars.

Sellars has the OmniCorp building shut down and armed with drones. Alex manages to gain entry with the help of his former partner, Jack Lewis (Michael K. Williams) and other police officers. Alex reaches the roof, where Sellars is waiting for a helicopter and has Clara and David as hostages. Alex’s programming prevents him from arresting Sellars, but he manages to overcome it just long enough to shoot Sellars, killing him.

In the closing scenes, OmniCorp’s parent company, OCP, decides to review the drone and RoboCop program. The President vetoes the repeal of the Dreyfuss Act based on the testimony of Norton, who confesses everything they’d done in the RoboCop program. Alex’s body is rebuilt in Norton’s laboratory, and then he waits for Clara and David, who are coming to visit him. 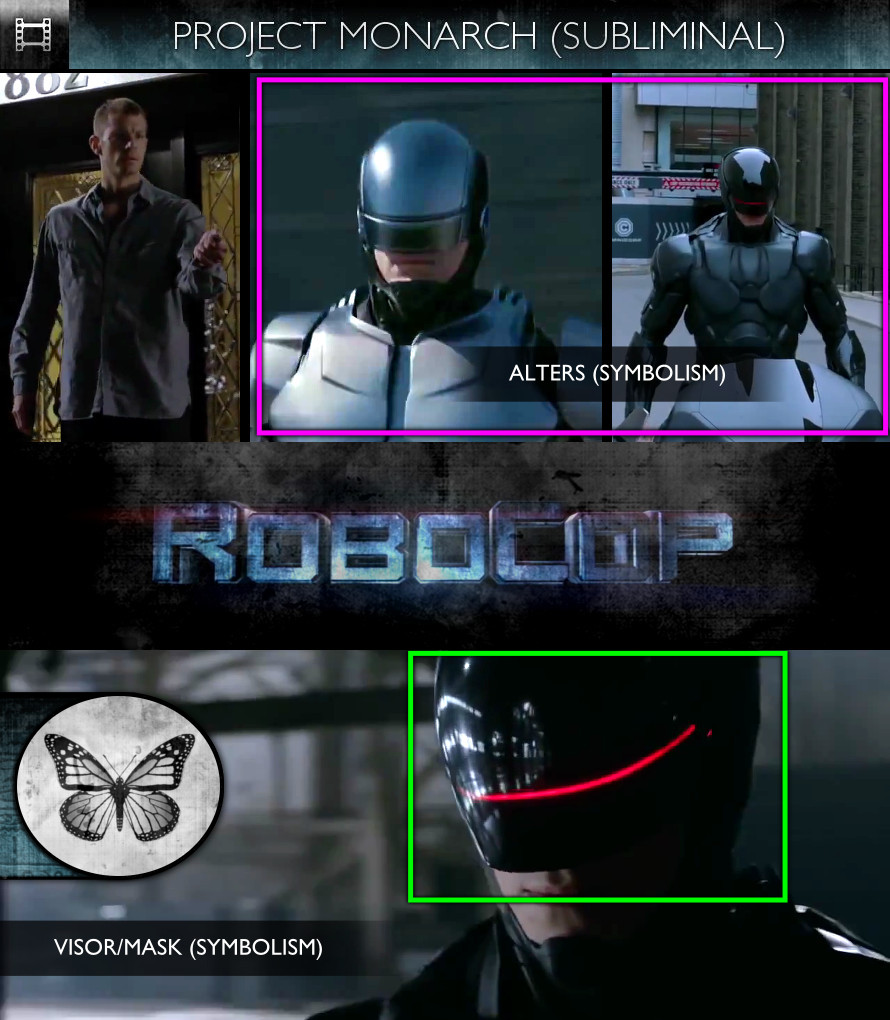 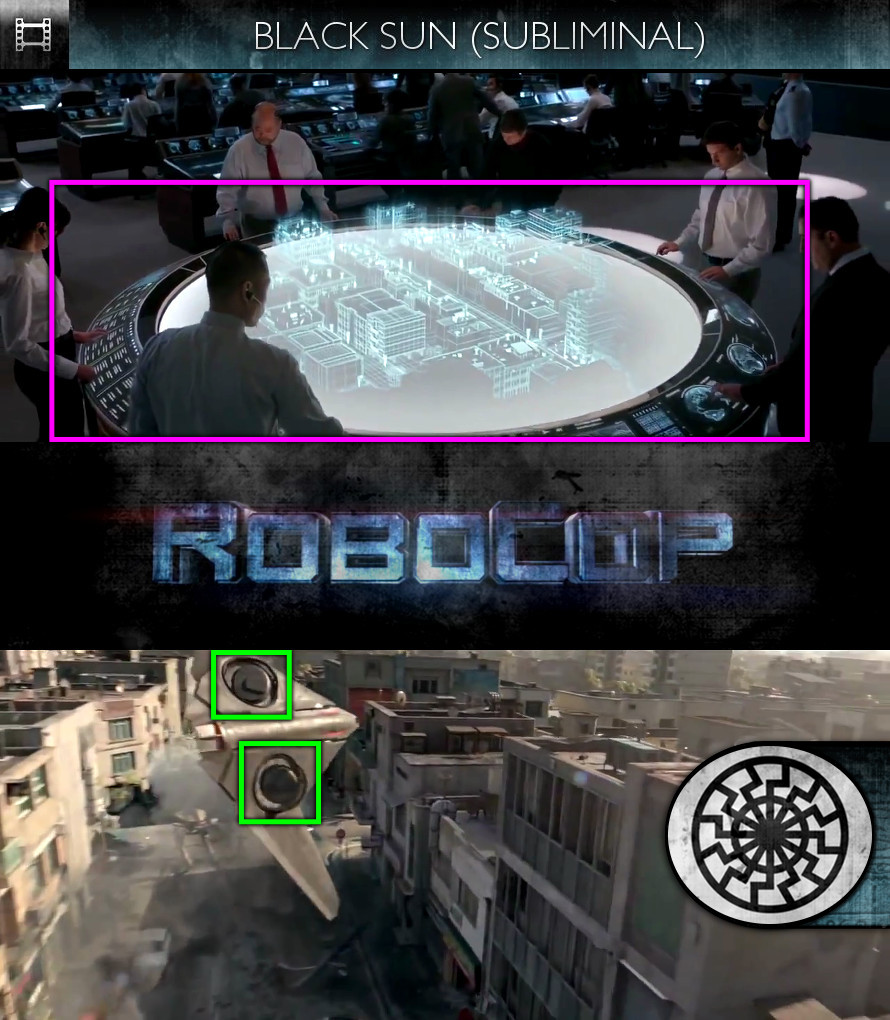