Pirates of the Caribbean: At World’s End is a 2007 American adventure fantasy film, the third film in the Pirates of the Caribbean series. The plot follows Will Turner, Elizabeth Swann, and the crew of the Black Pearl rescuing Captain Jack Sparrow (Johnny Depp), from Davy Jones’s Locker, and then preparing to fight the East India Trading Company, led by Cutler Beckett (Tom Hollander) and Davy Jones (Bill Nighy), who plan to extinguish piracy. Gore Verbinski directed the film, as he did with the previous two. It was shot in two shoots during 2005 and 2006, the former simultaneously with the preceding film, Pirates of the Caribbean: Dead Man’s Chest.

The film was released in English-speaking countries on May 25, 2007 after Disney decided to move the release date a day earlier than originally planned. Critical reviews were mixed, but At World’s End was a box office hit, becoming the most successful film of 2007, grossing over $960 million worldwide, and making it the third most successful in the series, behind On Stranger Tides and Dead Man’s Chest.

It was nominated for the Academy Award for Makeup and the Academy Award for Visual Effects, which it lost to La Vie en Rose and The Golden Compass, respectively. It remains the most expensive film ever made, with a budget of $300 million. A fourth installment, On Stranger Tides, was released in theaters on May 20, 2011. 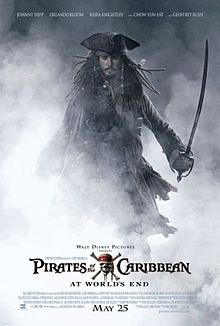 To control the oceans, Lord Cutler Beckett kills anyone associated with piracy and uses Davy Jones to destroy all pirate ships on the seas. Condemned prisoners sing “Hoist the Colours” to compel the nine pirate lords comprising the Brethren Court to convene at Shipwreck Cove; however, the late Captain Jack Sparrow, pirate lord of the Caribbean, never appointed a successor. Captain Barbossa leads Will, Elizabeth, Tia Dalma and the crew of the Black Pearl to rescue Jack from Davy Jones’s Locker. Sao Feng, pirate lord of the South China Sea, possesses a map to the Locker, where Jack is imprisoned. Will bargains with Feng for the Pearl in exchange for Sparrow, so Will can rescue his father from Davy Jones’ ship, The Flying Dutchman.

Meanwhile, Davy Jones – under the control of Lord Beckett – destroys several pirate ships and leaves no survivors. This leads to Beckett confronting Jones to announce his decision to place the Chest of Davy Jones on board his ship and place Royal Marines to guard it under the command of the very man who stole Jones’ heart, Admiral James Norrington.

The crew journeys into the Locker and retrieves Sparrow. As the Pearl seeks an escape route, dead souls float past, including Elizabeth’s father Weatherby Swann, who was murdered by Beckett. Tia Dalma reveals that Davy Jones was appointed by Calypso, his lover and Goddess of the Sea, to ferry the dead to the next world; in return, Jones could step upon land for one day every ten years to be with his love. When she failed to meet him, he abandoned his duty and transformed into a monster.

After returning to the living world, the Pearl is ambushed by Sao Feng, who reveals his agreement with Will. Feng betrays Will, handing over the crew to Beckett in exchange for the Pearl. Beckett takes Sparrow aboard his vessel, the Endeavour, although Jack refuses to divulge where the Brethren Court will convene. Instead, Jack offers to lure the Court out in exchange for Beckett protecting him from Jones. Feng bargains with Barbossa to release the Pearl in exchange for Elizabeth, who he believes is Calypso trapped in human form. Feng’s ship attacks the Endeavour, allowing Jack to escape. Feng tells Elizabeth that the first Brethren Court trapped Calypso in human form so men could rule the seas. When Davy Jones attacks Feng’s ship, the mortally wounded Feng appoints Elizabeth as his successor, and she and the crew are imprisoned in the Flying Dutchman‘s brig. Bootstrap Bill Turner reveals to Elizabeth that the person who stabs Davy Jones’ heart becomes the next captain of the Dutchman. Admiral Norrington, regretting betraying the crew of the Pearl, frees Elizabeth and her crew. They escape to their ship, but Norrington is killed by a crazed Bootstrap Bill.

Will leaves a trail of corpses for Beckett’s ship to follow. Jack catches Will, and they discuss Davy Jones’ heart. Jack suggests he stab the heart to solve Will’s conflicting obligations, then tosses Will overboard after giving him his compass so Beckett can find Shipwreck Cove. Will is rescued by Beckett, and Davy Jones reveals that he masterminded Calypso’s imprisonment. At Shipwreck Cove, the pirate lords present their nine “pieces of eight”, but disagree over freeing Calypso. Barbossa calls upon Captain Teague, Jack’s father and Keeper of the Pirate’s Code, to confirm that only a Pirate King can declare war. Elizabeth is elected King after Sparrow’s vote for her breaks a stalemate, and she orders the pirates to war. During a parley with Beckett and Jones, Elizabeth swaps Sparrow for Will after realizing Jack and Will plan to have Jack stab the heart; swapping Jack places him on the Dutchman with the heart.

Barbossa steals Jack’s “piece of eight” and uses it and its counterparts to free Calypso, who was bound as Tia Dalma. Will discloses that Davy Jones betrayed her to the Brethren Court, and Calypso’s fury unleashes a maelstrom, in which the Dutchman and the Pearl battle. Sparrow escapes the Dutchman‘s brig and steals the Dead Man’s Chest. Will proposes to Elizabeth, and Captain Barbossa marries them. Will boards the Dutchman to retrieve the chest, but is mortally wounded by Jones. Sparrow places his sword in Will’s hand and helps Will stab Jones’s heart before Will dies; after seeing what Will has done, Jones falls into the maelstrom. Jack and Elizabeth escape the Dutchman as it sinks in the maelstrom. While Elizabeth mourns the loss of Will, Beckett moves to attack the Pearl. The Dutchman resurfaces with Will as the captain and the crew returned to their human forms. The Dutchman and the Pearl destroy the Endeavour, killing Beckett; the surviving armada retreats.

Will is bound to sail the sea as the Dutchman‘s captain. Elizabeth bids Jack, Barbossa and the crew farewell before Will and Elizabeth have one day together. He departs after giving Elizabeth the Dead Man’s Chest. Barbossa commandeers the Pearl, stranding Jack and Gibbs in Tortuga, in order to find the Fountain of Youth, only to discover Jack cut out the middle of the map. Jack sails from Tortuga in a small boat to find the Fountain of Youth.

In a post-credits scene set ten years later, Elizabeth and her son watch from a seacliff as the Dutchman appears with Will Turner aboard. 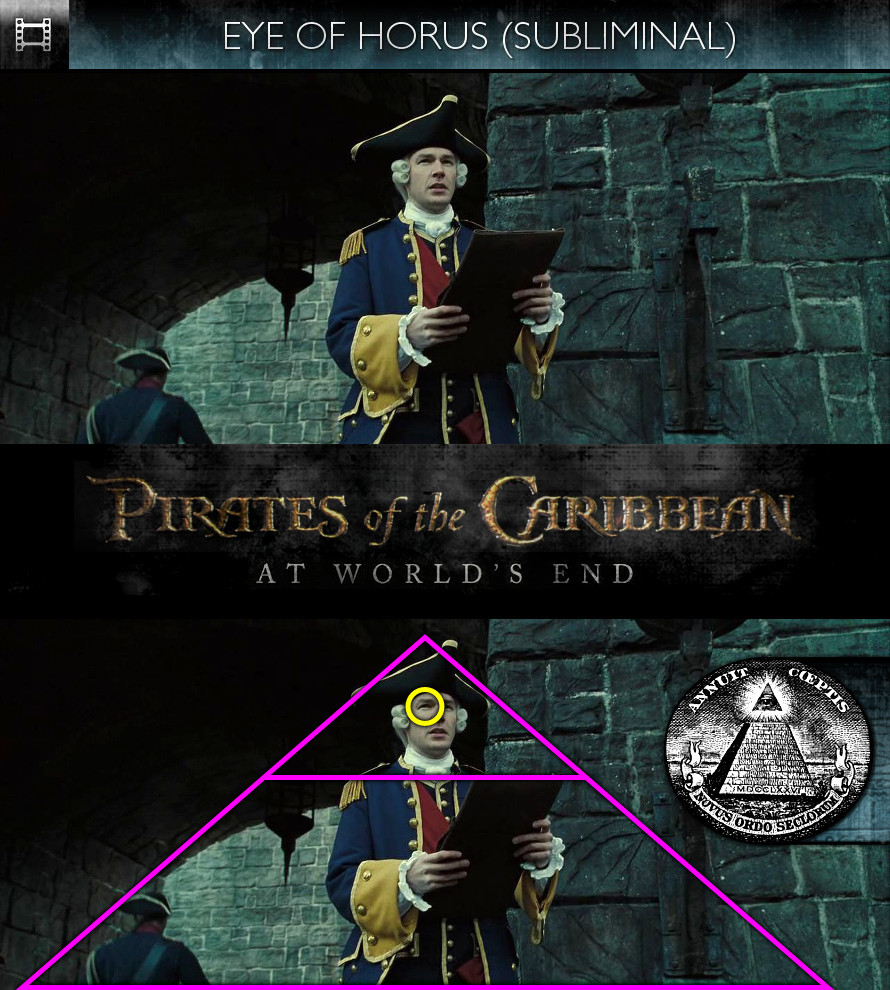 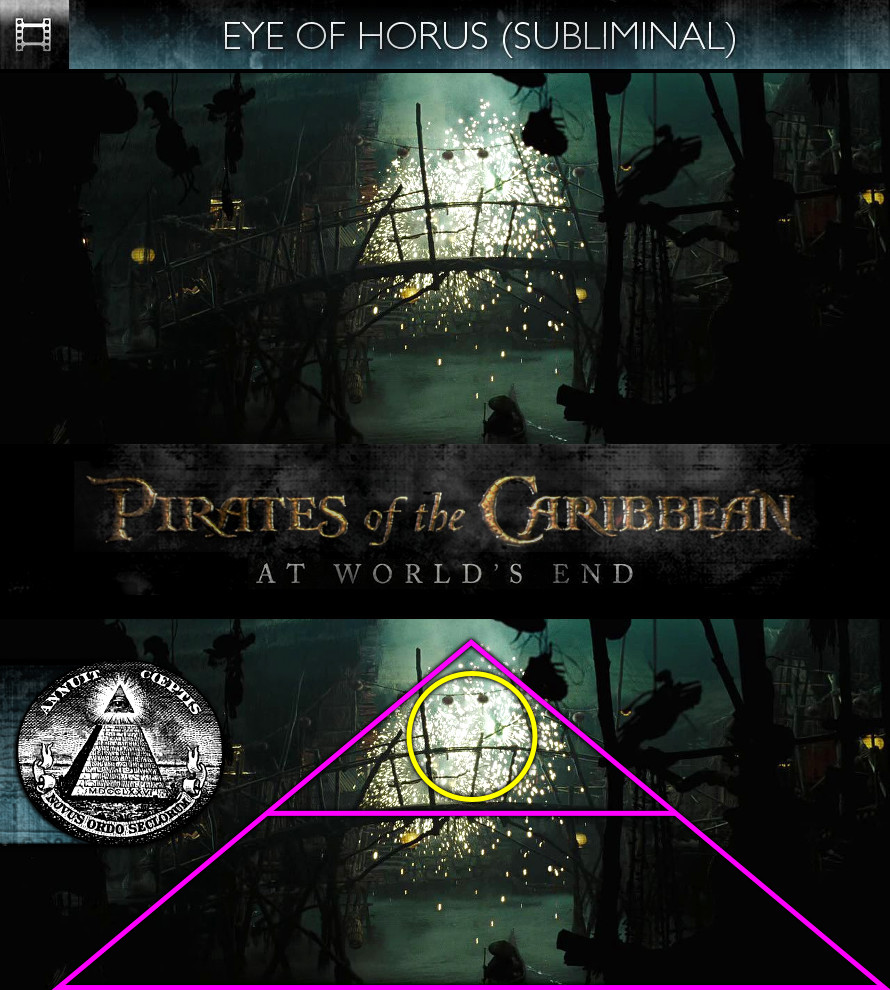 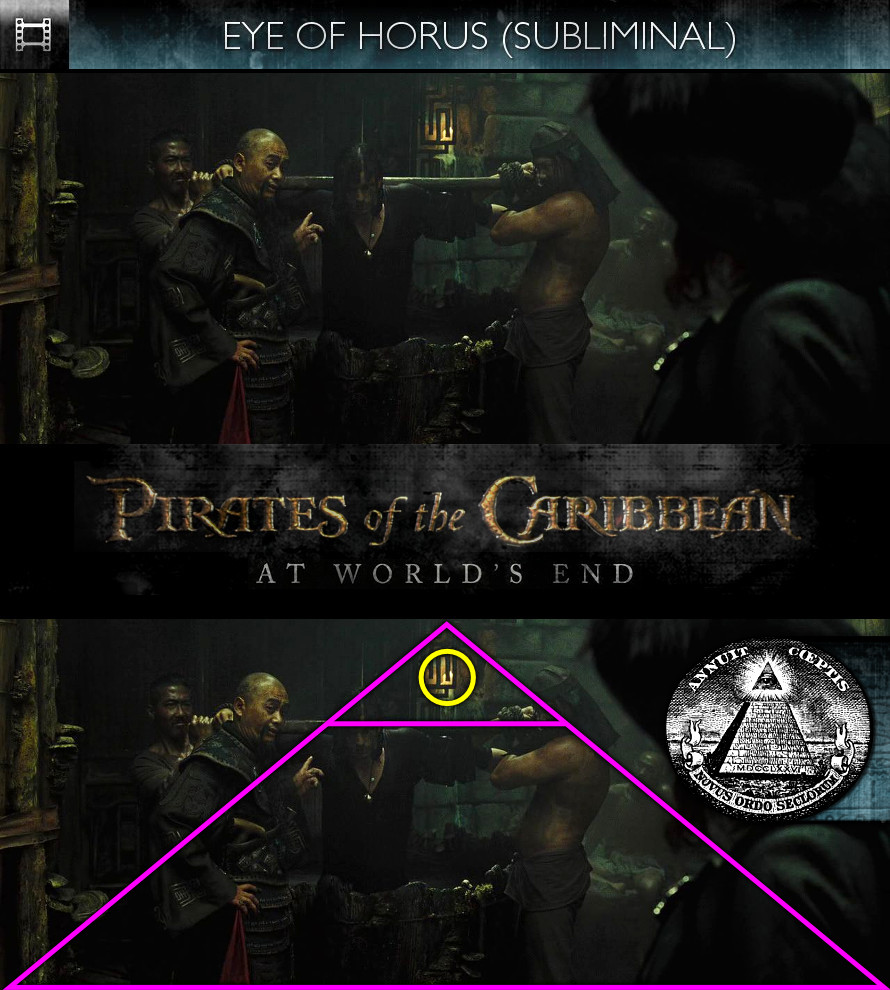 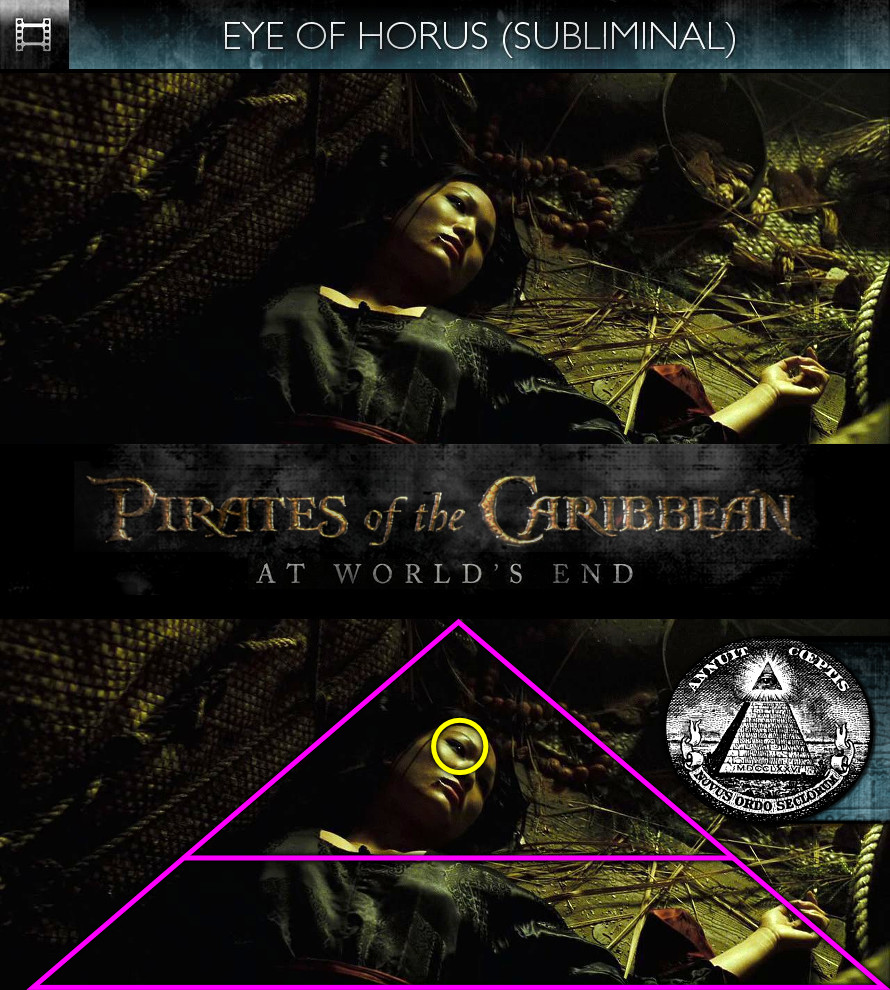 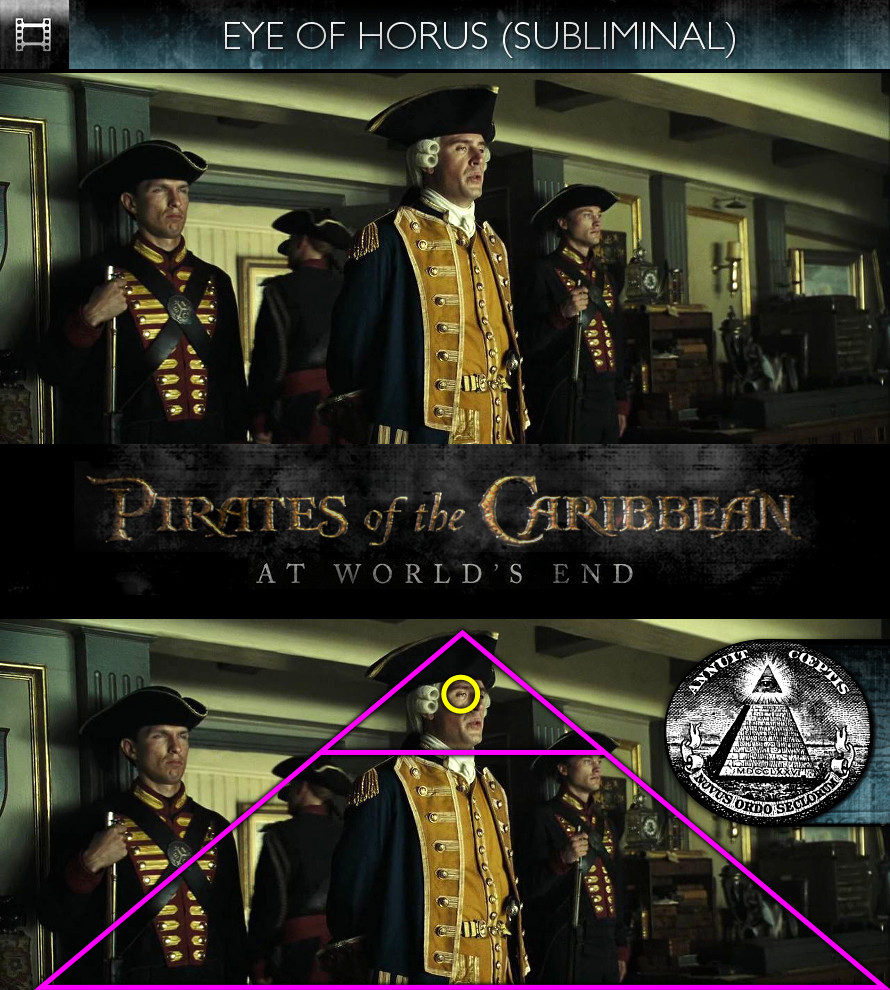 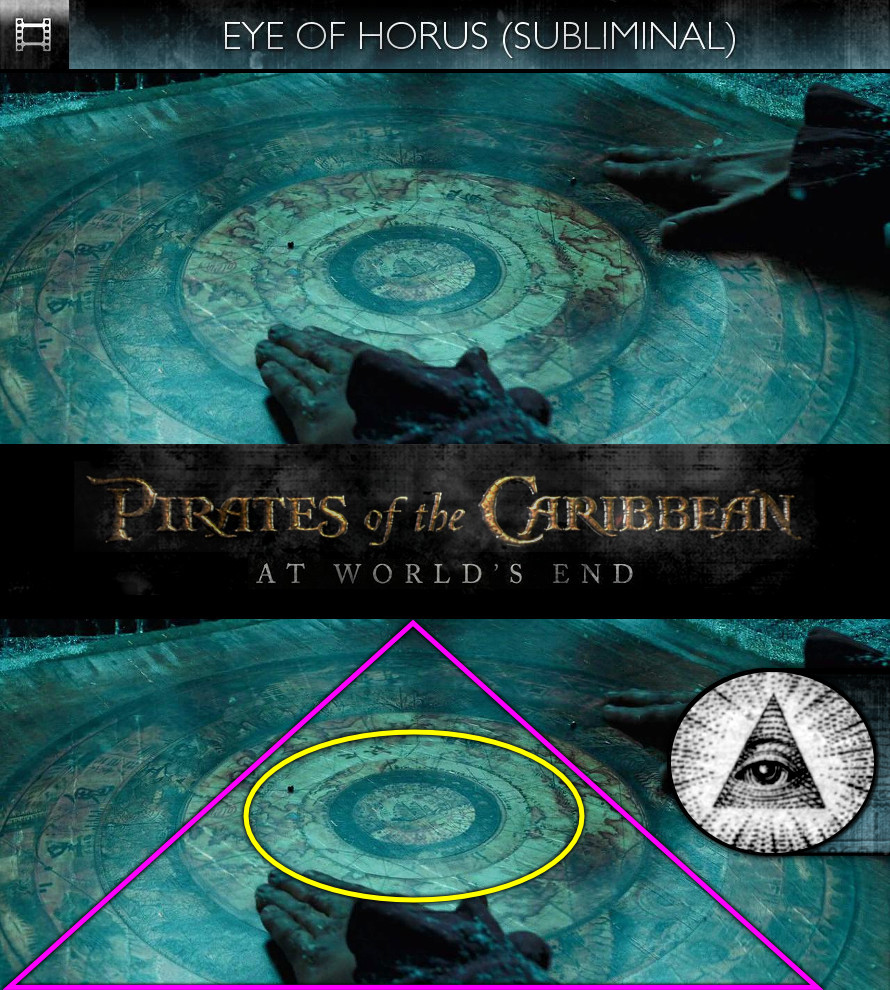 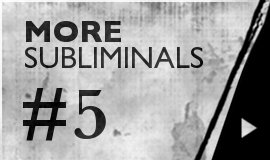 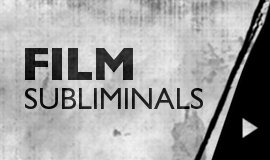