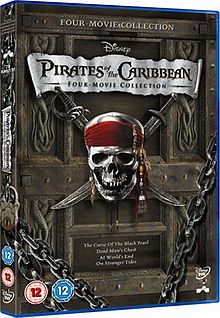 The films started with their first release on the big screen in 2003 with Pirates of the Caribbean: The Curse of the Black Pearl. After the success of the first film, Walt Disney Pictures revealed that a trilogy was in the works. Pirates of the Caribbean: Dead Man’s Chest was released three years later in 2006. The sequel proved successful, breaking records worldwide the day of its premiere. In the end, it earned $1,066,179,725 at the worldwide box office, becoming the fourth and fastest film (at the time) to reach this amount. The third film in the series, Pirates of the Caribbean: At World’s End, was released in 2007. In September 2008, Depp signed on for a fourth film in the franchise, Pirates of the Caribbean: On Stranger Tides, released on May 20, 2011 in conventional 2D, Digital 3-D and IMAX 3D. It succeeded in grossing more than $1 billion, becoming the eighth and fourth-fastest film to achieve this. So far, the film franchise has grossed $3.72 billion worldwide and it is the only franchise with two films that reached $1 billion worldwide. It has been confirmed that two more installments to the franchise are included in Disney’s future plans. In July 2011, Johnny Depp confirmed he was closing in on a deal for a fifth installment and that the franchise wouldn’t be going ahead without Depp’s participation.

Although it has never been officially confirmed, there is strong evidence to suggest that the series was influenced by, and perhaps loosely based upon, the Monkey Island series of video games. Ted Elliott, one of the two screenwriters of the first four Pirates of the Caribbean films, was allegedly the writer of a Steven Spielberg-produced animated film adaptation of Monkey Island entitled The Curse of Monkey Island (presumably based on the game of the same name), which was cancelled before its official announcement, three years prior to the release of The Curse of the Black Pearl. This film was allegedly in production at Industrial Light & Magic before being cancelled.

Ron Gilbert, the creator of the Monkey Island series, has jokingly expressed a bitterness towards the Pirates of the Caribbean franchise for its similarities to Monkey Island. Gilbert has also stated that On Stranger Tides, a novel by Tim Powers which was adapted into the fourth Pirates of the Caribbean film, was the principal source of inspiration for his video games.

Blacksmith Will Turner teams up with eccentric pirate Captain Jack Sparrow to save his love, the governor’s daughter, from Jack’s former pirate allies, who are now undead, thanks to a cursed chest of 882 pieces of Aztec Gold that they stole.

Lord Cutler Beckett, a powerful and ruthless East India Trading Co. agent, arrests Will and Elizabeth for aiding Jack Sparrow’s escape in the previous film. Beckett, however, offers clemency if Will agrees to search for Sparrow and his magical compass. At the same time, Sparrow tries to release himself from an old debt with villainous Davy Jones by finding the Dead Man’s Chest which he can use to command Jones to do his bidding.

Lord Beckett gains power over Davy Jones, and with the help of Jones’ ship, The Flying Dutchman, he is now executing his plans to extinguish piracy forever. To stand against the East India Trading Co., Will, Elizabeth, Barbossa, and the crew of the Black Pearl set out to rescue Jack Sparrow from Davy Jones’ Locker. Sparrow, as one of the Nine Pirate Lords, is needed in order to summon an ancient goddess, with the power to defeat Beckett’s forces.

Captain Jack Sparrow is on a quest to find the fabled Fountain of Youth and crosses paths with a former lover, Angelica. She forces Jack aboard the Queen Anne’s Revenge, a ship captained by the infamous pirate Blackbeard, Angelica’s father. Both are also in search for the Fountain; Angelica to save her father’s soul, the Spanish to destroy the fountain believing that the powers are an abomination against God, and Blackbeard to escape a prophecy of his fatal demise by a one legged man. Former pirate captain Barbossa, now a privateer in King George II’s Navy, is in search of the fountain with Britain, and to exact revenge against Blackbeard for having sunk the Black Pearl and losing his right leg. 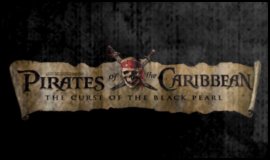 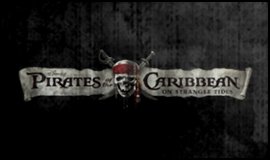