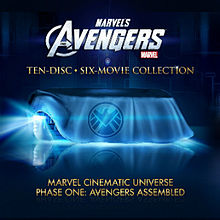 The Marvel Cinematic Universe (MCU) is a film franchise and shared fictional universe that is the setting of superhero films independently produced by Marvel Studios, based on characters that appear in publications by Marvel Comics. The shared universe of the films, much like the Marvel Universe in comic books, was established by crossing over common plot elements, settings, cast, and characters.

The films within the Marvel Cinematic Universe have received both critical and commercial success, and the franchise as a whole ranks as the third highest-grossing film franchise of all time. Outside of feature films, the franchise has expanded into comic books, a series of short films called “Marvel One-Shots”, and the upcoming television series Agents of S.H.I.E.L.D.

In 2005, Variety reported that Marvel Studios would start producing its own films and distribute them through Paramount Pictures. The funding came from a seven-year, $525 million revolving credit facility with Merrill Lynch. Marvel’s plan was to release individual films for their main characters and then merge them together in a crossover film. Marvel Studios president Kevin Feige initially referred to the shared narrative continuity of these films as the “Marvel Cinema Universe”, but later used the term “Marvel Cinematic Universe”.

In April 2006, Marvel hired Jon Favreau to direct Iron Man, with Arthur Marcum and Matt Holloway, and Mark Fergus and Hawk Ostby writing competing scripts. Favreau consolidated the scripts, which was then polished by John August. Robert Downey, Jr. was cast in the title role in September, after growing out a goatee and working out to convince the filmmakers he was right for the part. Principal photography began on March 12, 2007, with the first few weeks spent on Stark’s captivity in Afghanistan, which was filmed in Inyo County, California. Production of Iron Man moved to Edwards Air Force Base in mid-April before concluding at Caesars Palace in Las Vegas, Nevada on June 25, 2007.

Iron Man premiered at the Greater Union theater in George Street, Sydney, on April 14, 2008. The film ended with a post-credits scene featuring Samuel L. Jackson as Nick Fury. Favreau said that he included the scene as “a little tip of the hat for the fans […] a way to sort of tee up The Avengers.” Jackson was only on set for a day, with a skeletal crew to avoid the news of his cameo leaking. Captain America’s shield was also visible in the background of a scene; it had initially been inserted by an ILM artist as a joke, but Favreau decided to leave it in the film.

In January 2006, Marvel reclaimed the film rights for the Hulk character from Universal Pictures after Universal failed to meet a deadline to develop a sequel to 2003’s Hulk (Universal retained distribution rights for the film). Marvel hired Louis Leterrier, who expressed interest in directing Iron Man, to direct The Incredible Hulk. The script was written by Zak Penn, who drafted a treatment for the 2003 film. In April 2006, Edward Norton entered negotiations to portray Bruce Banner and rewrite Penn’s script, although Penn received sole credit for the screenplay. Production began on July 9, 2007 and filming primarily took place in Toronto, with an additional week in New York City and two weeks in Rio de Janeiro.

Robert Downey, Jr. briefly reprised his role from Iron Man as Tony Stark in a cameo appearance at the end of the film. Downey described it as, “We were just cross-pollinating our superheroes. It happens to be a scene where I basically approach [actor William Hurt’s character General Ross], and we may be considering going into some sort of limited partnership together. The great thing is he—and I don’t want to give too much away—but he’s in disrepair at the time I find him. It was really fun seeing him play this really powerful character who’s half in the bag.” In addition, Captain America is briefly seen frozen in ice in an alternate opening of the film, included in the DVD release.

Immediately following the successful release of Iron Man in May 2008, Marvel Studios announced it was developing a sequel. In July 2008, Jon Favreau, the director of the first film, signed on to direct it. That same month, Justin Theroux was hired to write the screenplay, which would be based on an original story by Favreau and Downey. In October 2008, Downey signed a new four-picture deal, that retroactively included the first film, to reprise his role. Samuel L. Jackson signed on to reprise his role as Nick Fury from the Iron Man post-credits sequence in up to nine films, and Scarlett Johansson was cast as the Black Widow, as part of a multi-film commitment. Principal photography began April 6, 2009, at the Pasadena Masonic Temple in Pasadena, California. The majority of filming took place at Raleigh Studios in Manhattan Beach, California. Other locations included Edwards Air Force Base, Monaco, and the Sepulveda Dam.

The film continued to reference other Marvel films by again including Captain America’s shield. Favreau explained, “We introduced Captain America’s shield briefly in one shot in the last film. So now it really was in his room, so we had figure out how to deal with the reality that the shield was in his workshop.” A scene toward the end of Iron Man 2 in a S.H.I.E.L.D. safehouse also contains several Easter eggs, ranging from footage from The Incredible Hulk displayed on a monitor to pointers on a map indicating several locales related to other Marvel films, including one pointing toward a region of Africa in reference to the Black Panther. The film again ended with a post-credits scene, this one showing the discovery of Thor’s hammer in a crater.

Mark Protosevich was hired to develop a script of Thor in April 2006, after the rights were acquired from Sony Pictures. In August 2007, Marvel Studios signed Matthew Vaughn to direct the film. Vaughn was released when his holding deal expired in May 2008, at which point Marvel set Protosevich to work on a new draft of the script. In September of that year, Kenneth Branagh entered into negotiations to replace Vaughn. In May 2009, Chris Hemsworth was in negotiations to portray the titular character, and Tom Hiddleston was set to play his brother, Loki. Both actors were contracted to star in several films. Production began on January 11, 2010 in Los Angeles, California, before moving to Galisteo, New Mexico on March 15, 2010.

Clark Gregg, who appeared in Iron Man and Iron Man 2 as S.H.I.E.L.D. agent Phil Coulson, reprised the role in Thor. About his role in Thor he stated, “Agent Coulson was one of the guys who wasn’t really in the comic books, and he [had] a very kind of small role in Iron Man. And I was just very lucky that they chose to expand that character and [chose] to put him more into the universe of it.” After signing on to appear as Hawkeye in The Avengers, Jeremy Renner made a cameo appearance as the character during a scene in Thor. Branagh said that they “were always going to have a guy in a basket above the action where Thor breaks in the S.H.I.E.L.D. camp”, and that he was thrilled when the producers told him they wanted to use Renner’s Hawkeye for that role. The film ends with a post-credits scene featuring Loki, watching as Erik Selvig and Nick Fury discuss a cosmic cube. The scene was directed by Joss Whedon, who directed The Avengers. Stellan Skarsgård, who played Selvig, said the scene was not included when he first read the screenplay for Thor, and that he was sent pages for the scene after agreeing to appear in The Avengers.

In April 2006, Marvel hired David Self to write the script for Captain America: The First Avenger. Joe Johnston signed on to direct in November 2008, and hired Christopher Markus and Stephen McFeely to rewrite the script. In March 2010, Chris Evans was cast as Captain America and Hugo Weaving was cast as the Red Skull. Production began on June 28, 2010 in the United Kingdom, with locations in London, Caerwent, Manchester and Liverpool. The film premiered on July 19, 2011, at the El Capitan Theatre in Hollywood, California.

The cosmic cube, referred to as the “Tesseract”, from the Thor post-credits scene appears as a macguffin in Captain America: The First Avenger. In the film, Dominic Cooper portrayed a young Howard Stark, the father of Tony Stark, who hosts an early version of the Stark Expo, the fair Tony hosts in Iron Man 2. The final scene of the film includes a brief appearance by Samuel L. Jackson’s Nick Fury followed by a teaser trailer for The Avengers after the credits.

In June 2007, Zak Penn, who wrote The Incredible Hulk, was hired to write a script for The Avengers. In April 2010, Joss Whedon closed a deal to direct the film, and to rework Penn’s script. Marvel announced that Edward Norton would not be reprising the role of Bruce Banner aka the Hulk, and in July 2010, Mark Ruffalo was cast in his place. In October 2010, The Walt Disney Company agreed to pay Paramount at least $115 million for the worldwide distribution rights to Iron Man 3 and The Avengers, although the deal allowed Paramount to continue to collect a box office fee and receive credit for distribution. Principal photography began in April 2011 in Albuquerque, New Mexico, before moving to Cleveland, Ohio in August, and New York City in September.

Gwyneth Paltrow, who portrayed Pepper Potts in Iron Man and Iron Man 2, was cast at Robert Downey Jr.’s insistence; prior to this, Whedon had not intended the film to include supporting characters from the heroes’ individual films, commenting, “You need to separate the characters from their support systems in order to create the isolation you need for a team.” Sony Pictures and Disney discussed incorporating the OsCorp Tower from the The Amazing Spider-Man into the climax of The Avengers, but the idea was eventually dropped because The Avengers‘s Manhattan skyline had already been rendered before the OsCorp building design had been completed. The supervillain Thanos appeared in a post-credits scene, portrayed by Damion Poitier.

A sequel to Thor was first announced in June 2011, with release intended for July 2013. Alan Taylor signed on to direct the film in December 2011, and the release date was later moved to November 8, 2013. The film’s title was announced as Thor: The Dark World at the July 2012 San Diego Comic-Con. Production started in September 2012 in Bourne Wood, Surrey. Filming also took place in Iceland and London.

Marvel Studios announced it was developing a Guardians of the Galaxy film in July 2012, with a release date of August 1, 2014. The film is to be directed by James Gunn, based on a screenplay written by Nicole Perlman, Chris McCoy, and Gunn. In February 2013, Chris Pratt was cast in the lead role, as Star-Lord. The film is scheduled to begin shooting in June 2013 in London.

A sequel to The Avengers was announced by Disney in May 2012, shortly after the first film’s release. It is set for release on May 1, 2015. In August 2012, Joss Whedon was signed to return as writer and director.

Ant-Man is to be directed by Edgar Wright with a script written by Wright and Joe Cornish, who plan to include Henry Pym and Scott Lang as major characters. Test footage for the film was screened at the 2012 San Diego Comic-Con International during the Marvel Studios panel. It is set for release on November 6, 2015, and Feige confirmed that it will be the first film in Phase Three of the Marvel Cinematic Universe. 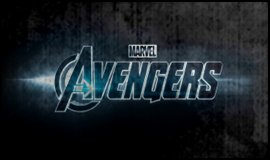