The film was nominated for an Academy Award for Best Art Direction, and won the BAFTA Award for Best Production Design, making it the only Harry Potter film to win at the BAFTAs. It was also the first film in the series to receive a PG-13 rating by the MPAA and a 12A by the BBFC for sequences of fantasy violence and frightening images. Goblet of Fire was the second Potter film to be released in IMAX. The film is one of the best reviewed instalments within the series, and is noted for the maturity and sophistication of its characters, darker and more complex plotline, writing, and performances of the lead actors. 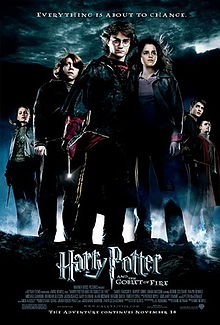 Harry Potter dreams of an elderly man, Frank Bryce, who overhears Lord Voldemort discussing plans with Peter Pettigrew and Barty Crouch Jr. Bryce is then killed by Voldemort. The Quidditch World Cup allows Harry to take his mind off his nightmares until followers of Voldemort known as Death Eaters terrorise the spectators’ campsites after the match, and Crouch Jr. summons the Dark Mark, a sign showing that Voldemort is returning to power.

At Hogwarts, headmaster Albus Dumbledore introduces Alastor “Mad-Eye” Moody as the new Defence Against the Dark Arts teacher, unaware that Crouch Jr has subdued Moody and is using Polyjuice Potion to impersonate him. In their first Defence Against the Dark Arts lesson, the students learn of the three Unforgivable Curses. The Imperius Curse causes absence of free will, the Cruciatus Curse causes unbearable pain, and the final curse, Avada Kedavra, causes death. Dumbledore announces that the school will host the Triwizard Tournament, in which one wizard from each of the three magical schools competes in three challenges. The champions are selected by the Goblet of Fire, a magical cup into which the candidates’ names are placed. Cedric Diggory, a student from the House of Hufflepuff, is chosen to represent Hogwarts, Viktor Krum is chosen to represent Durmstrang Institute, and Fleur Delacour is selected to represent Beauxbatons Academy of Magic. The Goblet unexpectedly chooses a fourth champion: Harry. As Harry is underage and should have been ineligible to compete, Hogwarts teachers and students grow suspicious, and the feat drives Ron and Harry apart. The teachers want Dumbledore to pull Harry out of the tournament, but the four champions are bound by a magical contract and therefore Dumbledore has no choice and Harry must compete.

For the first task of the Triwizard Tournament, each of the champions must retrieve a golden egg guarded by a dragon. Moody advises Harry to use his talent for flying to overcome the dragon. Harry enters the first task and summons his broomstick to retrieve the egg, which contains information about the second challenge. The students are soon informed of the Yule Ball, a Christmas Eve ball held during the Triwizard Tournament. Ron and Harry have trouble finding dates to the ball and when they find out that Hermione is attending with Viktor Krum, Ron becomes jealous.

In exchange for previous aid, Cedric Diggory provides Harry with a clue that prompts him to open the egg underwater. With help from Moaning Myrtle, he learns that the second task entails the retrieval of “something precious” to each of the competitors from the nearby Black Lake. While preparing for the task, Neville Longbottom provides Harry with Gillyweed, enabling him to breathe underwater. Harry is the first to arrive at the location, and finds Ron, Hermione, Cho Chang and Fleur’s sister, Gabrielle Delacour, in suspended animation. Finishing last after attempting to free Ron and Gabrielle Delacour, Harry is awarded second place for “outstanding moral fiber”. ‘ Following an exchange with Moody, Ministry official Barty Crouch, Sr. is found dead by Harry shortly after the second task. While waiting in Dumbledore’s office, Harry’s curiosity leads him to look into Dumbledore’s pensieve, causing him to revisit one of Dumbledore’s memories. He witnesses a trial before the Wizengamot in which captured Death Eater Igor Karkaroff, the current headmaster of Durmstrang, denounces a number of Death Eaters, including both Severus Snape and Barty Crouch Jr. While Dumbledore vouches for Snape’s integrity, Crouch Sr. is horrified at this revelation and disowns his son, sending him to Azkaban. Upon returning to the present time, Dumbledore tells Harry that he is searching his memories for a clue as to why extraordinary events have taken place at Hogwarts since the start of the tournament.

In the Triwizard Tournament’s third and final task, the competitors are placed inside a hedge maze; their challenge is to reach the Triwizard Cup. Viktor Krum, acting under the Imperius curse, incapacitates Fleur Delacour and attempts to do the same to Cedric Diggory. Harry stops Cedric from attacking Krum, and the two run for the cup. When Cedric is trapped by vines, Harry frees him and the two claim a draw and grab hold of the cup together.

The cup, which is a Portkey, transports the two champions to a graveyard where Peter Pettigrew and Voldemort are waiting for Harry. Pettigrew murders Cedric and traps Harry. Pettigrew performs a ritual that rejuvenates Voldemort, who then summons the Death Eaters (which includes Draco’s father, Lucius Malfoy) and bids them to witness a duel between their Dark Lord and his nemesis. As Harry, who is tortured by Voldemort, fights him, a connection called Priori Incantatem occurs between their wands. Harry’s wand forces Voldemort’s to disgorge the spirits of the people Voldemort has most recently murdered, including Harry’s parents, Frank Bryce and Cedric. Harry is briefly protected by the spirits and escapes with Cedric’s body using the cup.

Upon his return, Harry tells Dumbledore and Minister for Magic Cornelius Fudge that Voldemort has returned and is responsible for Cedric’s death. Moody leads Harry back to the castle, where his questions make Harry suspicious. Upon the arrival of Dumbledore, Snape and McGonagall, the false Moody’s Polyjuice Potion wears off and he is revealed as Barty Crouch Junior, the person who placed Harry’s name into the Goblet. The real Moody is found imprisoned in a magical trunk. As the representatives from Durmstrang and Beauxbatons depart, Dumbledore exhorts them to stand together against Voldemort. 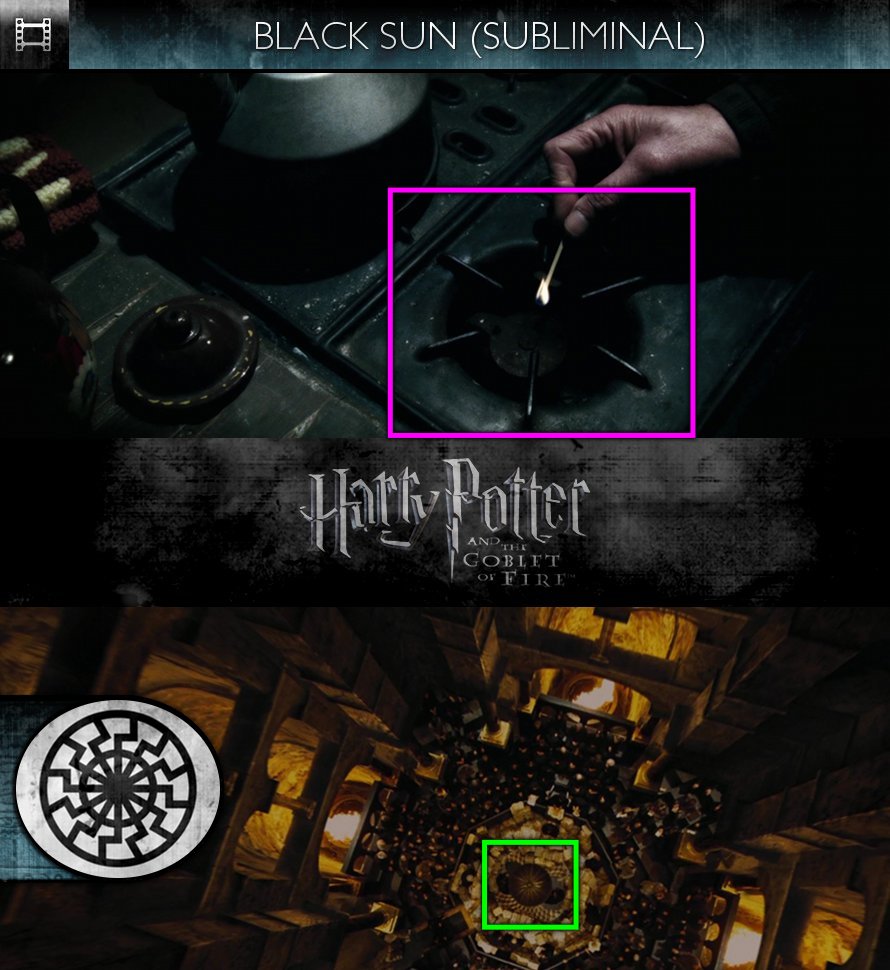 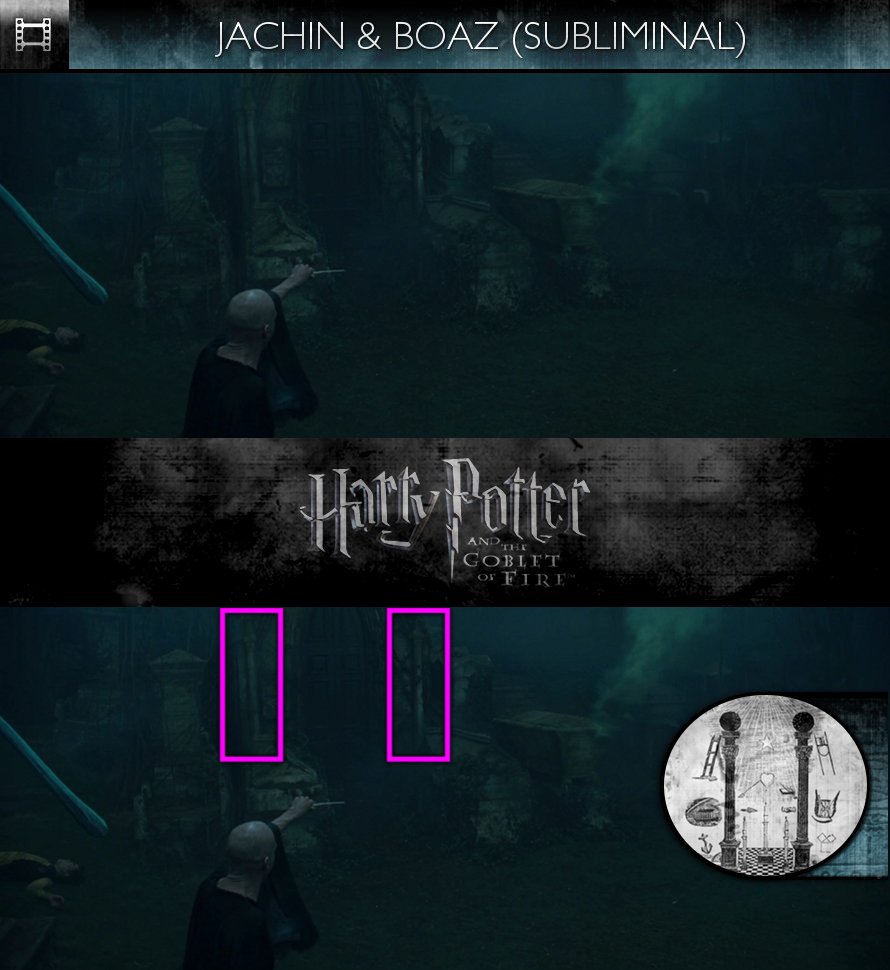 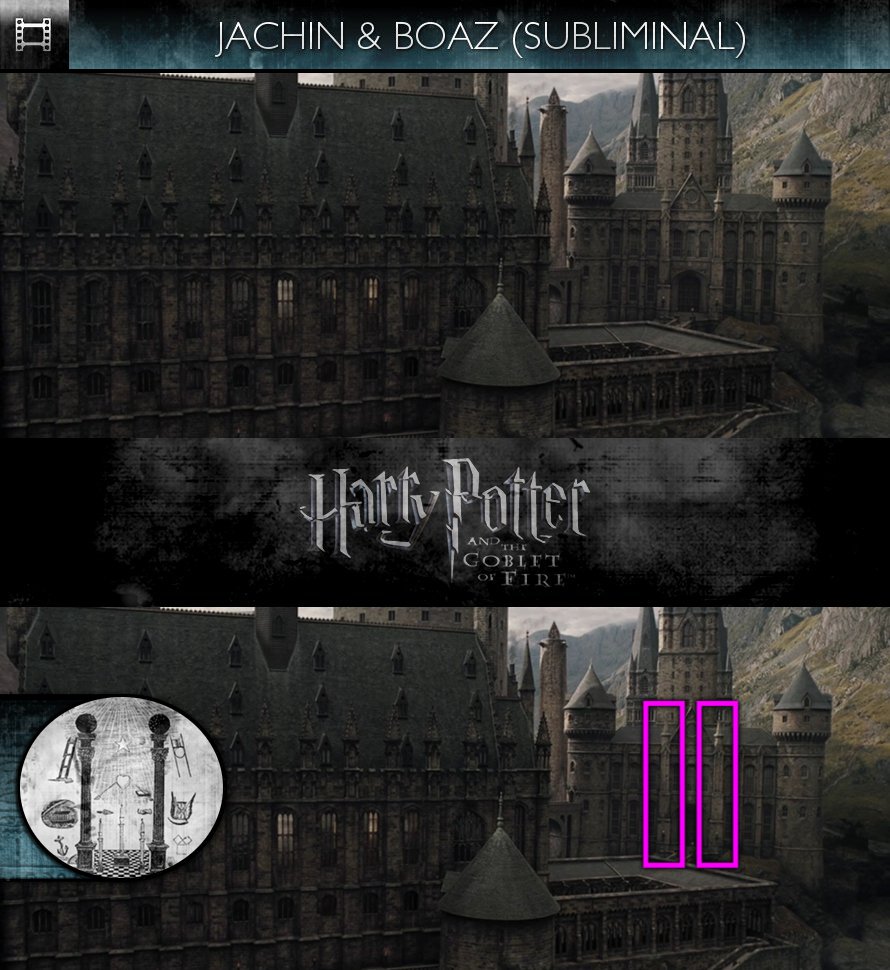 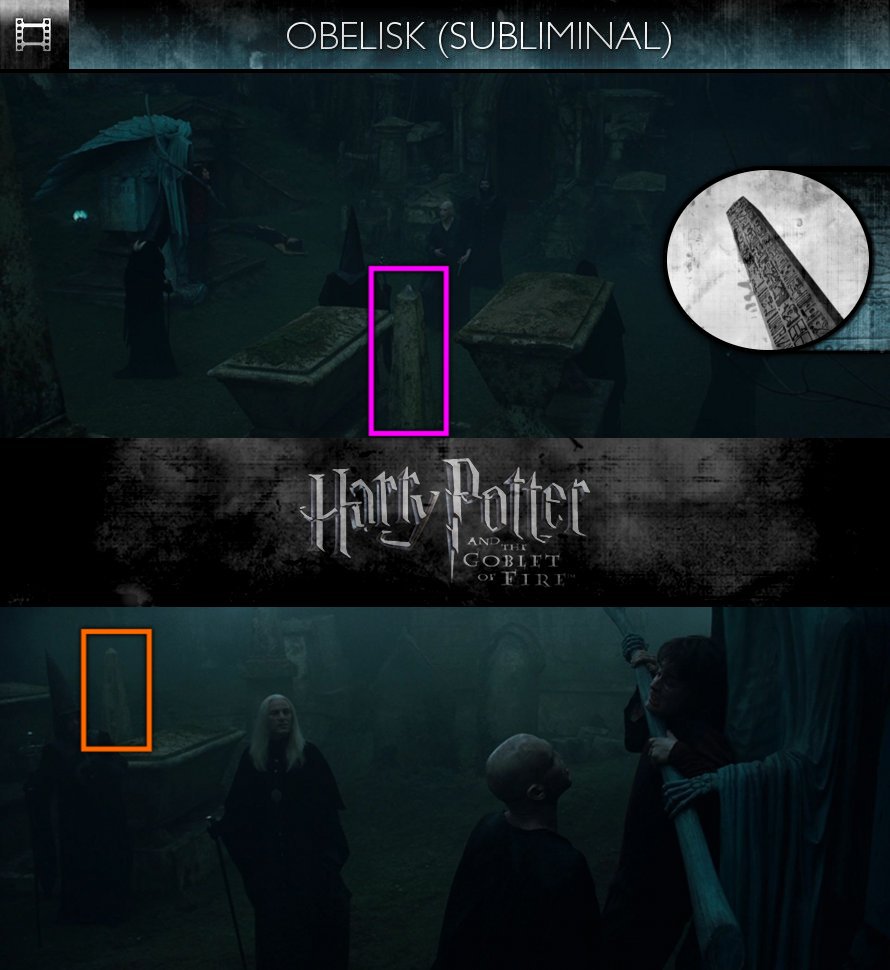