The Dark Knight Rises is a 2012 superhero film directed by Christopher Nolan, who co-wrote the screenplay with his brother Jonathan Nolan and the story with David S. Goyer. Featuring the DC Comics character Batman, the film is the third and final installment in Nolan’s Batman film trilogy, and is a sequel to Batman Begins (2005) and The Dark Knight (2008). Christian Bale reprises the lead role of Bruce Wayne/Batman, with a returning cast of Michael Caine as Alfred Pennyworth, Gary Oldman as James Gordon, Morgan Freeman as Lucius Fox, and Cillian Murphy as Dr. Jonathan Crane. The film introduces the character of Selina Kyle, played by Anne Hathaway, a cat burglar whose appearance in Gotham City sets in motion a chain of events that will lead Batman to come out of retirement, and Bane, played by Tom Hardy, the story’s antagonist.

Christopher Nolan was initially hesitant about returning to the series for a third time, but agreed to come back after developing a story with his brother and Goyer that he felt would conclude the series on a satisfactory note. Nolan drew inspiration from Bane’s comic book debut in the 1993 Knightfall storyline, the 1986 series The Dark Knight Returns, and the 1999 storyline No Man’s Land. Filming took place in various locations, including Jodhpur, London, Nottingham, Glasgow, Los Angeles, New York City, Newark, and Pittsburgh. Nolan utilized IMAX cameras for much of the filming to optimize the quality of the picture. As with The Dark Knight, viral marketing campaigns began early during production to help promote the upcoming film. When filming concluded, Warner Bros. refocused its campaign; developing promotional websites, releasing the first six minutes of the film and theatrical trailers, and sending random pieces of information regarding the film’s plot to various companies.

The Dark Knight Rises premiered in New York City on July 16, 2012. The film was released in Australia and New Zealand on July 19, 2012, and in North America and the United Kingdom on July 20, 2012 to mostly positive reviews. During a midnight showing of the film in Aurora, Colorado, a gunman opened fire inside the theater, killing 12 people and injuring 58 others, leading to international news coverage.

Eight years after the events of The Dark Knight, Gotham City is in a state of peace. Under powers granted by the Dent Act (legislation inspired by the perceived heroism of the late Harvey Dent), Commissioner James Gordon and the Gotham City Police Department have nearly eradicated violent and organized crime. Gordon feels guilty about the cover-up of Harvey Dent’s crimes, but decides that the city is not ready to hear the truth. While following a lead in the abduction of a congressional representative, Gordon’s speech falls into the hands of the villain Bane, who discovers the truth about Dent. Gordon is shot in the process of escaping and promotes patrol officer John Blake to detective, allowing Blake to report directly to him in the hospital.

As Batman has disappeared from Gotham, so too has Bruce Wayne, locking himself inside Wayne Manor. Wayne Enterprises is crumbling after he invested in board member Miranda Tate’s clean energy project, designed to harness fusion power, and shut it down after learning that the core could be modified to become a nuclear weapon. Both Blake—who has deduced Batman’s identity—and Gordon implore Batman to return. Bane attacks the stock exchange and bankrupts Bruce, forcing him to relinquish control of Wayne Enterprises. Correctly suspecting that his business rival, John Daggett, employed Bane to aid in this aggressive takeover of his company, Bruce entrusts Tate to keep full control out of Daggett’s hands. However, Bane has other plans, and kills Daggett to take control of his construction empire.

Following a trail left by cat burglar Selina Kyle, Batman locates Bane, who says that he took over the League of Shadows following Ra’s al Ghul’s death. In the following confrontation, Bane physically cripples Batman and places him in a foreign prison from which escape is virtually impossible. The other inmates relate the story of how Ra’s al Ghul’s child was the only person, through necessity and the sheer force of will, to ever escape the prison. Batman believes that the child grew up to become Bane. Meanwhile, Bane lures most of Gotham’s police force underground and sets off explosions across the city, trapping the officers. Using weapons and artillery stolen from Wayne Enterprises’ Applied Sciences Division, he turns Gotham into an isolated city-state. Any attempt to leave the city will result in the detonation of the Wayne Enterprises fusion core, now converted into a bomb. Bane publicly reveals the cover-up of Dent’s death and releases the prisoners in Blackgate Prison who were prosecuted under the Dent Act. The rich and powerful are forcibly brought before a show trial presided over by Jonathan Crane and given the choice between death and exile.

Over the course of several months, Bruce recovers from his injuries and retrains himself physically. He successfully escapes the foreign prison and returns to Gotham, enlisting Selina, Blake, Tate, Gordon and Lucius Fox to help liberate the city and stop the fusion bomb. As Batman, he subdues Bane, but Tate intervenes and reveals herself to be Ra’s al Ghul’s daughter Talia. It was she who escaped the prison as a child, returning with her father and the League of Shadows to rescue Bane, the one person who aided her in prison. She plans to complete her father’s work by destroying Gotham while avenging his death at Wayne’s hands. Gordon blocks the bomb’s ability to be remotely detonated while Selina saves Batman by shooting Bane. Batman tries to force Talia to take the bomb to the fusion chamber where it can be stabilized, but she remotely floods the chamber. Talia dies when her truck crashes off the road, but remains confident that the bomb cannot be stopped. Using an aircraft developed by Fox, Batman hauls the bomb beyond the city limits, where it detonates over the ocean and apparently kills him.

Batman is later praised as a hero, while Bruce is presumed killed in the riots. After Bruce’s funeral, Blake wants to reveal Batman’s identity to the world as a tribute to Bruce, but Gordon reminds him that it is best left as a mystery to the uninformed. Gordon later finds that the Bat-Signal has been repaired. The Wayne estate is divided up to cover any debts, with the manor left in the city’s possession to become an orphanage and the rest going to Alfred Pennyworth. Fox discovers that Bruce programmed the autopilot on the aircraft six months ago. Alfred witnesses Bruce and Selina alive together at a café in Italy, while Blake inherits the Batcave. 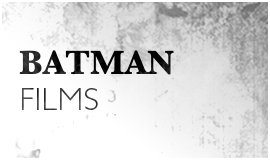