Toward the end of the 1980s, the Warner Bros. studio began producing a series of feature films starring Batman, beginning with the 1989 film Batman, directed by Tim Burton and starring Michael Keaton. Burton and Keaton returned for the 1992 film Batman Returns, and in 1995, Joel Schumacher directed Batman Forever with Val Kilmer as Batman. Schumacher also directed the 1997 film Batman & Robin, which starred George Clooney. Batman & Robin was poorly received by both the critics and the fans, and after a long hiatus in which multiple possible Batman scripts were developed, Warner Bros. rebooted the film franchise in 2005 with Batman Begins, directed by Christopher Nolan and starring Christian Bale. Nolan also directed the 2008 sequel The Dark Knight with Bale reprising his role. A third and final installment in the Nolan series, The Dark Knight Rises, is in post-production and is scheduled to be released in Summer 2012.

Batman has also appeared in multiple animated films, both as a starring character and as an ensemble character. While most animated films were released direct-to-video, the 1993 animated feature Batman: Mask of the Phantasm was released theatrically.

Having earned a total of U.S. $1,449,683,45, the Batman series is, according to BoxOfficeMojo.com the fourth highest-grossing film series of all-time.

Tim Burton took over as director of the first film in 1986. Steve Englehart and Julie Hickson wrote film treatments before Sam Hamm wrote the first screenplay. Numerous A-list actors were considered for the role of Batman before Michael Keaton was cast. Keaton’s casting caused a controversy since, by 1988, Keaton had become typecast as a comedic actor and many observers doubted he could portray a serious role. Jack Nicholson accepted the role of the Joker under strict conditions that dictated a high salary, a portion of the box office profits and his shooting schedule. Nicholson’s final salary is reported to be as high as $50 million.Principal photography took place at Pinewood Studios from October 1988 to January 1989. The budget escalated from $30 million to $48 million, while the 1988 Writers Guild of America strike forced Hamm to drop out. Rewrites were performed by Warren Skaaren, Charles McKeown and Jonathan Gems. Batman received positive reviews, broke numerous box office records, and won the Academy Award for Best Art Direction. The film grossed over $400 million, and left a legacy over the modern perception of the superhero film genre.

Burton originally did not want to direct a sequel because of his mixed emotions of the previous film. Sam Hamm’s first script had Penguin and Catwoman searching for hidden treasure. Daniel Waters delivered a script that satisfied Burton, which convinced him to reprise his duties as director. Wesley Strick did an uncredited rewrite, deleting characterizations of Harvey Dent and Robin and rewriting the climax.Various A-list actresses lobbied hard for the role of Catwoman before Michelle Pfeiffer was cast, while Danny DeVito signed on to portray the Penguin. Filming started at Warner Bros. in Burbank, California in June 1991. Batman Returns was released with financial success, but Warner Bros. was disappointed with the film’s box office run because it earned less than its predecessor. However, Batman Returns was released with generally positive reviews, but a “parental backlash” criticized the film with violence and sexual innuendos that were unsuitable for children. McDonald’s shut down their Happy Meal tie-in for Batman Returns.

Although Batman Returns was a financial success, Warner Bros. felt the film should have made more money. The studio decided to change the direction of the Batman film series to be more mainstream. Joel Schumacher replaced Tim Burton as director, while Burton decided to stay on as producer. However, Michael Keaton did not like the new direction the film series was heading in, and was replaced by Val Kilmer. Chris O’Donnell was introduced as Robin, Jim Carrey starred as The Riddler, while Tommy Lee Jones starred as Two-Face. Filming started in September 1994, and Schumacher encountered problems communicating with Kilmer and Jones. Batman Forever was released on June 16, 1995 with financial success, earning over $350 million worldwide and three Academy Award nominations, but the film was met with mixed reviews from critics.

Development for Batman & Robin started immediately as a fourth and final installment after Batman Forever, and Warner Bros. commissioned the film on fast track for an adamant June 1997 release. Val Kilmer did not return, because of scheduling conflicts with The Saint, and was replaced by George Clooney. Arnold Schwarzenegger starred as Mr. Freeze, while Uma Thurman starred as Poison Ivy and Alicia Silverstone starred as Batgirl. Chris O’Donnell reprised his role as Robin. Principal photography began in September 1996 and finished in January 1997, two weeks ahead of the shooting schedule. Batman & Robin was released on June 20, 1997, and was critically panned. Observers criticized the film for its toyetic and campy approach, and for homosexual innuendos added by Schumacher. Still, the film was a financial success, but remains to be the least commercially successful live-action Batman film ever. Batman & Robin received numerous nominations at the Razzie Awards and ranks among the worst superhero films of all time.

Director/writer Christopher Nolan and co-writer David S. Goyer began work on Batman Begins in early 2003 and aimed for a darker and more realistic tone, with humanity and realism being the basis of the film. The film, which was primarily shot in England and Chicago,[68][69] relied on traditional stunts and scale models – computer-generated imagery was used minimally. Christian Bale starred as Batman. Liam Neeson starred as Ra’s al Ghul (albeit masquerading as Henri Ducard) and Cillian Murphy starred as The Scarecrow. Katie Holmes also starred in the movie as Bruce’s love interest, Rachel Dawes. A new Batmobile (called the Tumbler) and a more mobile Batsuit were both created specifically for the film. Batman Begins was critically and commercially successful. The film opened on June 15, 2005 in the United States and Canada in 3,858 theaters. It grossed US$48 million in its opening weekend, eventually earning $370 million worldwide. The film received an 84% overall approval rating from Rotten Tomatoes, and was nominated for the Academy Award for Best Cinematography. Critics noted that fear was a common theme throughout the film, and remarked that it had a darker tone compared to previous Batman films. Batman Begins has also popularized the notion of reboots in Hollywood.

Christopher Nolan reprised his duties as director, and brought his brother, Jonathan, to co-write the script for the second installment. The Dark Knight featured Christian Bale reprising his role as Batman/Bruce Wayne, Heath Ledger as The Joker and Aaron Eckhart as Harvey Dent / Two-Face. Principal photography began in April 2007 in Chicago and concluded in November. Other locations included Pinewood Studios, Ministry of Sound in London and Hong Kong. On January 22, 2008, after he had completed filming The Dark Knight, Ledger died of a sleeping pill overdose. Warner Bros. had created a viral marketing campaign for The Dark Knight, developing promotional websites and trailers highlighting screen shots of Ledger as the Joker, but after Ledger’s death, the studio refocused its promotional campaign.

The Dark Knight was released on July 16, 2008 in Australia, on July 18, 2008 in North America, and on July 24, 2008 in the United Kingdom. The film received enormous critical acclaim, The Joker as portrayed by Ledger was very well received by audience worldwide, and the quote “Why so serious?” has reportedly become a popular tag-line in Hollywood. The film set numerous records during its theatrical run; having earned over $1 billion in revenue worldwide, it is the eleventh highest-grossing film of all time. The film received eight Academy Award nominations, and won for Best Sound Editing and Best Supporting Actor for Ledger’s performance.

Nolan wanted the story for the third and final installment to keep him emotionally invested. “On a more superficial level, I have to ask the question,” he reasoned, “how many good third movies in a franchise can people name?” He returned out of finding a necessary way to continue the story, but feared midway through filming he would find a sequel redundant. The Dark Knight Rises is intended to complete Nolan’s Batman trilogy. By December 2008, Nolan completed a rough story outline, before he committed himself to Inception. In February 2010, work on the screenplay was commencing with David S. Goyer and Jonathan Nolan. When Goyer left to work on the Superman reboot, Jonathan was writing the script based on the story by his brother and Goyer. Tom Hardy has been cast as Bane and Anne Hathaway will be playing Selina Kyle. Joseph Gordon-Levitt has been cast as John Blake, Marion Cotillard has been cast as Miranda Tate, and Juno Temple has been cast in a role described as a “street-smart Gotham girl”. Nolan planned to have the script finished in January 2011. Filming began in May 2011 and concluded in November. Nolan has chosen not to film in 3-D but, by focusing on improving image quality and scale using the IMAX format, hopes to push technological boundaries while nevertheless making the style of the film consistent with the previous two. Nolan has had several meetings with IMAX Vice-President David Keighley to work on the logistics of projecting films in digital IMAX venues. The Dark Knight Rises will feature more scenes shot in IMAX than The Dark Knight. Cinematographer Wally Pfister had expressed interest in shooting the film entirely in IMAX. The movie is scheduled to release on July 20, 2012. 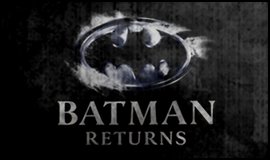 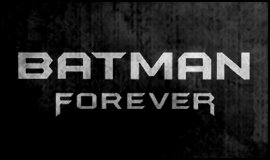 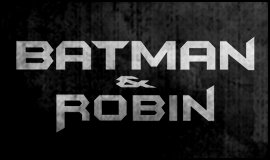