Watchmen is a 2009 superhero film directed by Zack Snyder and starring Malin Åkerman, Billy Crudup, Matthew Goode, Jackie Earle Haley, Jeffrey Dean Morgan, and Patrick Wilson. It is an adaptation of the comic book of the same name by Alan Moore and Dave Gibbons. The film is set in an alternate history 1985 at the height of the Cold War between the United States and the Soviet Union, as a group of mostly retired vigilantes investigates an apparent conspiracy against them and uncovers something even more grandiose and sinister.

Following publication of the Watchmen comic, a live-action film adaptation was mired in development hell. Producer Lawrence Gordon began developing the project at 20th Century Fox and Warner Bros. (parent company of Watchmen publisher DC Comics) with producer Joel Silver and director Terry Gilliam, the latter eventually deeming the complex novel “unfilmable”. During the 2000s, Gordon and Lloyd Levin collaborated with Universal Studios and Paramount Pictures to produce a script by David Hayter; Darren Aronofsky and Paul Greengrass were also attached to the project before it was canceled over budget disputes. The project returned to Warner Bros., where Snyder was hired to direct – Paramount remained as international distributor. Fox sued Warner Bros. for copyright violation arising from Gordon’s failure to pay a buy-out in 1991, which enabled him to develop the film at the other studios. Fox and Warner Bros. settled this before the film’s release with Fox receiving a portion of the gross. Principal photography began in Vancouver, September 2007. As with his previous film 300, Snyder closely modeled his storyboards on the comic, but chose not to shoot all of Watchmen using chroma key and opted for more sets.

The film is set in an alternate reality which closely mirrors the world of the 1980s. The primary difference is the existence of masked, costumed heroes fighting crime: the ‘Minutemen’, originally formed in 1938 in response to a rise in masked and costumed gangs and criminals, and the ‘Watchmen’, formed decades later. Their existence in this version of America is shown to have dramatically affected and altered the outcomes of real-world events: the super powers of one of the Watchmen, Dr. Manhattan (Billy Crudup), helped the United States win the Vietnam War, resulting in President Richard Nixon (Robert Wisden) being repeatedly reelected and still in office in the 1980s. The existence of Dr. Manhattan gives the U.S. a strategic advantage over the Soviet Union, which by the 1980s threatens to escalate the Cold War into nuclear war. By that time, growing anti-vigilante sentiment in the country has led to masked crime fighters being outlawed. While many of the heroes retired, Doctor Manhattan and the Comedian (Jeffrey Dean Morgan) operate as government-sanctioned agents, and Rorschach (Jackie Earle Haley) continues to operate outside the law.

Investigating the murder of government agent Edward Blake, Rorschach discovers that Blake was the Comedian, and concludes that someone may be trying to eliminate the Watchmen. He attempts to warn his retired comrades—his former partner Daniel Dreiberg/Nite Owl II (Patrick Wilson), Dr. Manhattan, and the latter’s lover Laurie Jupiter/Silk Spectre II (Malin Åkerman). Dreiberg is skeptical, but nonetheless relates the hypothesis to vigilante-turned-billionaire Adrian Veidt/Ozymandias (Matthew Goode), who dismisses it.

After Blake’s funeral, Dr. Manhattan is accused of causing the cancers afflicting his former girlfriend and others who spent time with him after the scientific accident that gave him superpowers. Dr. Manhattan exiles himself to Mars, giving the Soviet Union the confidence to invade Afghanistan in his absence. Later, Rorschach’s conspiracy theory appears to be justified when Veidt, who had long since made his identity as Ozymandias public before retiring, narrowly avoids an assassination attempt, and Rorschach finds himself framed for the murder of a former villain, Moloch (Matt Frewer). Meanwhile, Jupiter, after breaking up with Manhattan, goes to stay with Dreiberg, and the two former superheroes come out of retirement, eventually becoming lovers. After breaking Rorschach out of prison, Silk Spectre is confronted by Dr. Manhattan. He takes her to Mars and, after she asks him to save the world, explains he is no longer interested in humanity. As he probes her memories, she discovers she is the product of an affair between her mother, the original Silk Spectre (Carla Gugino), and the Comedian. His interest in humanity renewed by this improbable sequence of events, Manhattan returns to Earth with the Silk Spectre.

Investigating the conspiracy, Rorschach and Nite Owl discover that Veidt is behind everything. Rorschach records his suspicions in his journal, which he drops off at the publication office of New Frontiersman, a right-wing tabloid. Rorschach and Nite Owl confront Veidt at his Antarctic retreat. Ozymandias confirms he is the mastermind behind the Comedian’s murder, Manhattan’s exile, and the framing of Rorschach; he also staged his own assassination attempt to place himself above suspicion. He explains that his plan is to unify the United States and the Soviet Union, preventing a nuclear war, by destroying the world’s main cities with exploding energy reactors he helped Dr. Manhattan create under the pretense of providing free energy for the world. Rorschach and Nite Owl attempt to stop him, but Ozymandias subdues them, and then reveals that his plan has already been set into motion: the reactors have been detonated, and the energy signatures are recognized as Manhattan’s.

Silk Spectre and Dr. Manhattan arrive at the ruins of New York City and determine that it must be Veidt’s work. They teleport to his Antarctic base just after he has beaten Rorschach and Nite Owl, causing Veidt to retreat and attempt to kill Manhattan. Unsuccessful, he shows them a televised news report in which Nixon states that the US and Soviets have allied against their new “common enemy”, Dr. Manhattan. The heroes eventually realize that revealing the truth would only disrupt this peace. Rorschach is unwilling to remain silent, however, and goads a reluctant Manhattan into vaporizing him. Dr. Manhattan then shares a final kiss with Silk Spectre and departs for another galaxy while an enraged Nite Owl assaults Veidt, who nevertheless defends his actions. Rather than concede with Veidt’s ideals, Nite Owl and Silk Spectre leave him to atone for what he has done.

Silk Spectre and Nite Owl return to New York City, which is being rebuilt, and plan to continue fighting crime. Silk Spectre reveals to her mother that she has learned the Comedian was her father, and the two reconcile. The film closes with the editor of the New Frontiersman complaining of having nothing worthwhile to print because of the new worldwide peace. He tells a young employee that he may print whatever he likes from a collection of crank mailings, among which lies Rorschach’s journal. 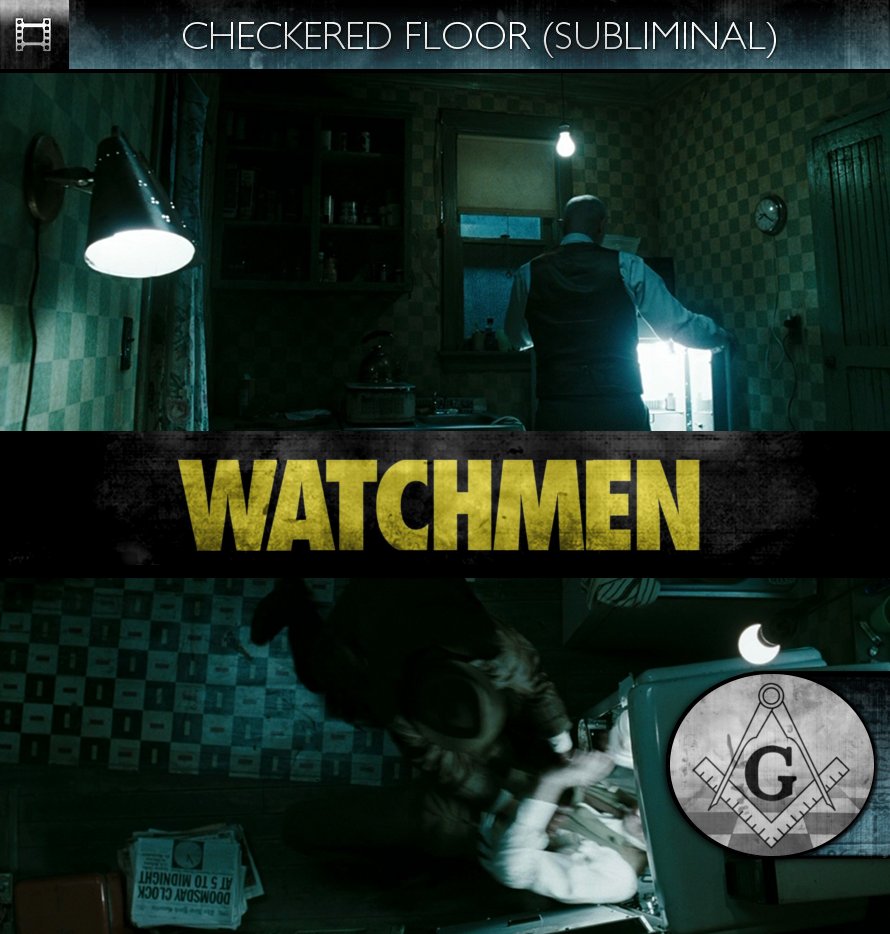 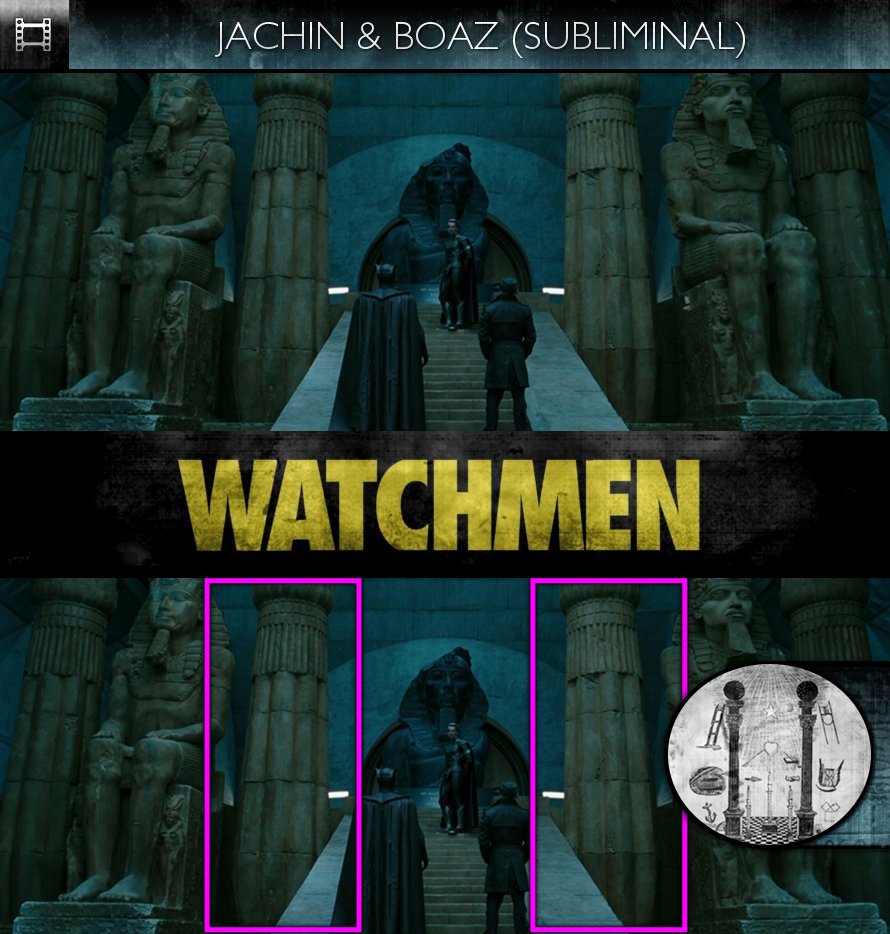