Terrence Vance “Terry” Gilliam (born 22 November 1940) is an American-born British screenwriter, film director, animator, actor and member of the Monty Python comedy troupe. Gilliam is also known for directing several films, including Brazil (1985), The Adventures of Baron Munchausen (1988), The Fisher King (1991), and 12 Monkeys (1995). The only “Python” not born in Britain, he took British citizenship in 1968.

With the gradual break-up of the Python troupe between Life of Brian in 1979 and The Meaning of Life in 1983, Gilliam became a screenwriter and director, building upon the experience he had acquired during the making of Monty Python and the Holy Grail.

Throughout the 1990s, Gilliam directed his Trilogy of Americana, The Fisher King (1991), 12 Monkeys (1995), and Fear and Loathing in Las Vegas (1998), which were based on scripts by other people, played on North American soil, and while still being surreal, had less fantastical plots than his previous trilogy. 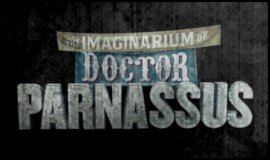