Donnie Darko was given a budget of just $4.5 million. This was his first feature and was nominated for 21 small awards, winning 11 of them, including a nomination for a Saturn Award. The film later ended up #2 on Empire magazine’s list of 50 greatest independent films of all time, behind Quentin Tarantino’s Reservoir Dogs.

He has written numerous scripts that have not been produced, most famous of which are the adaptations of Kurt Vonnegut’s Cat’s Cradle and Louis Sachar’s Holes. The latter screenplay is available as a PDF on an unofficial Richard Kelly fansite, and Kelly hopes that he will one day secure the rights to the former script, so that fans may read that one as well.

In 2008, Kelly’s production company Darko Entertainment announced that it was producing the adaptation of the bestselling book I Hope They Serve Beer in Hell with director Bob Gosse. The book’s author Tucker Max detailed Kelly’s involvement in the process on his blog.

After the release of The Box, he said he was working on a thriller “set in Manhattan in the year 2014. We hope to shoot the movie in 3-D, and part of the movie would be filmed using full CGI motion capture.” In 2011 he announced that he was writing and directing Corpus Christi, a Texas-set film to be produced by Eli Roth. 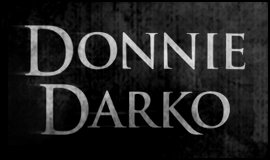