Jackie Brown is a 1997 American crime drama film written and directed by Quentin Tarantino. It is an adaptation of the novel Rum Punch by American novelist Elmore Leonard and pays homage to 1970s blaxploitation films, particularly 1974’s Foxy Brown.

Grier and Forster were both veteran actors but neither had performed a leading role in many years. Jackie Brown revitalized both actors’ careers. The film garnered Forster an Academy Award nomination for Best Supporting Actor, and Jackson and Grier were nominated for Golden Globe Awards. 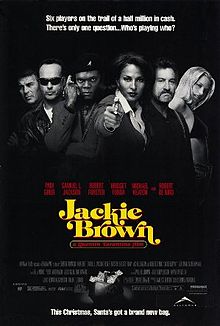 Jackie Brown (Pam Grier) is a flight attendant for a small Mexican airline, the latest step down for her career. To make ends meet, she smuggles money from Mexico into the United States for Ordell Robbie (Samuel L. Jackson), a gun runner under the close watch of the ATF.

Ordell learns that another of his workers, Beaumont Livingston (Chris Tucker), has been arrested. Fearing that Livingston will become an informant in order to avoid jail time, Ordell arranges for his bail with bondsman Max Cherry (Robert Forster). Following his release, Ordell promptly lures Livingston out to be killed.

Acting on information Livingston had indeed shared, ATF agent Ray Nicolette (Michael Keaton) and LAPD detective Mark Dargas (Michael Bowen) intercept Jackie as she arrives in the United States with Ordell’s cash and some cocaine that Brown was unaware was stashed in her bag. Initially refusing to deal with Nicolette and Dargas, she is sent to jail on possession of drugs with intent to sell. Sensing that Jackie may now be just as likely to inform as Livingston had been, Ordell goes back to Max to arrange her bail. Max arrives to pick her up and, only partly masking his attraction to her, offers to buy her a drink and help determine her legal options.

Ordell later arrives at Jackie’s house intending to murder her. She surprises him by pulling a gun she surreptitiously borrowed from Max’s glove compartment, however, and barters a deal with Ordell whereby she will pretend to help the authorities while still managing to smuggle $500,000 of Ordell’s money, enough to allow him to retire. To carry out this plan, Ordell employs Melanie Ralston (Bridget Fonda), a woman he lives with, and Louis Gara (Robert De Niro), a friend and former cellmate. He also uses a naïve Southern girl, Sheronda (Lisa Gay Hamilton).

With Jackie’s help, Nicolette and Dargas arrange a sting to catch Ordell, unaware that Jackie and Ordell plan to double-cross them by diverting the actual money before the authorities make an arrest. Unbeknownst to the others, Jackie plans to deceive all of them with the help of Max in order to keep the $500,000 for herself.

After a trial run, during which Nicolette could observe the operation, the stage is set for the actual event. In a large shopping mall near Los Angeles, Jackie buys a new suit and enters a dressing room. Her role is to swap bags there with Melanie and Louis, supposedly passing off the $500,000 under Nicolette’s nose. Instead, she gives Melanie only $50,000 and leaves the rest behind in the dressing room for Max to pick up. Jackie then feigns despair as she calls Nicolette and Dargas out from hiding and claims Melanie took all the money and ran.

In the parking lot, Melanie annoys and mocks Louis until he loses his temper and shoots her. Ordell discovers that Louis has only $40,000 in the bag (Melanie having kept $10,000 for herself after being tricked into doing so by Jackie). Ordell realizes Jackie has taken his money and, angered, kills Louis. Ordell’s next concern is the involvement of Max Cherry, having been told by Louis that he spotted Max in the store before the pickup. Lured back to Max’s office, where Jackie is said to be frightened and waiting to hand over his money, Ordell arrives armed. Jackie yells out that Ordell has a gun and he is shot dead by Nicolette, who had been hiding in another room.

In the clear with the law and in possession of the money, minus a 10% cut that Max has taken for himself, Jackie decides to leave the country and travel to Spain. Jackie invites Max to leave with her, but he declines before Jackie kisses him goodbye and leaves. 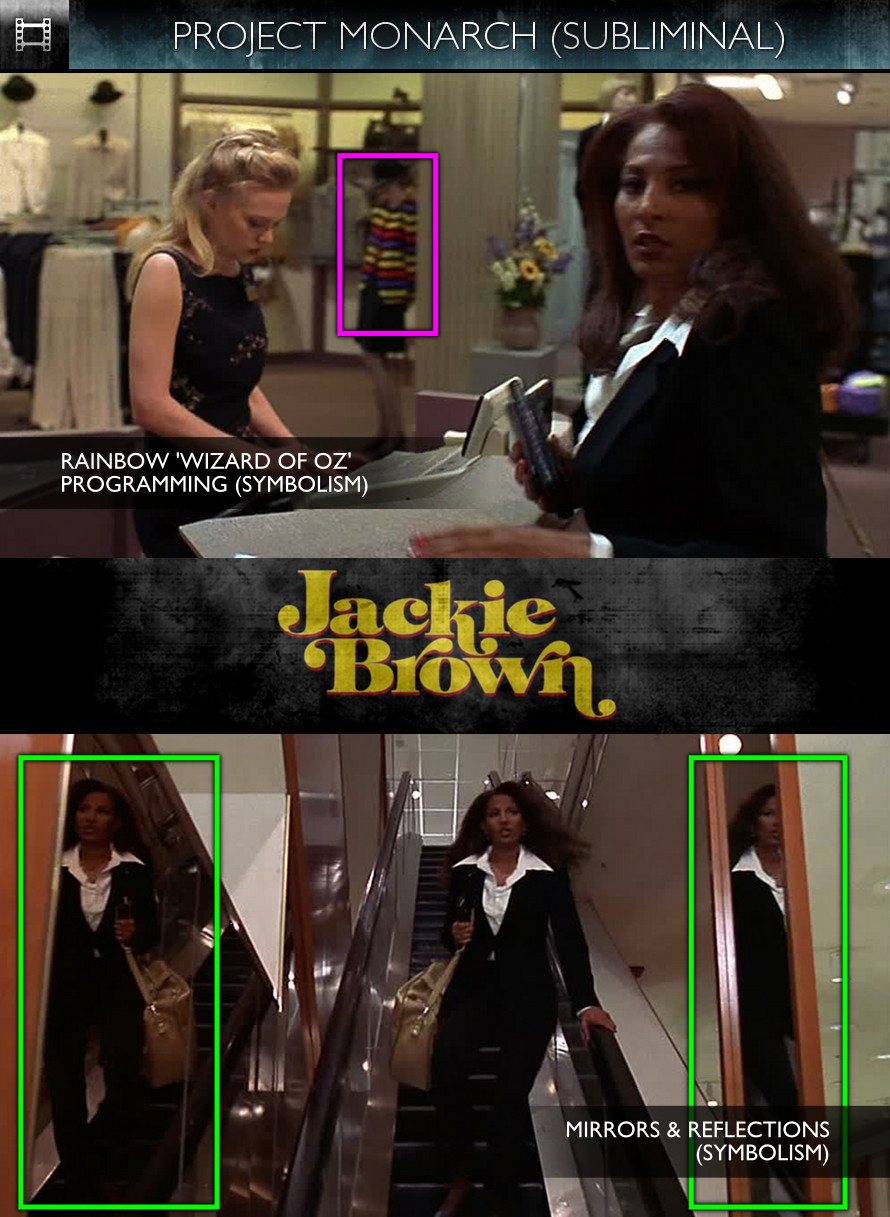 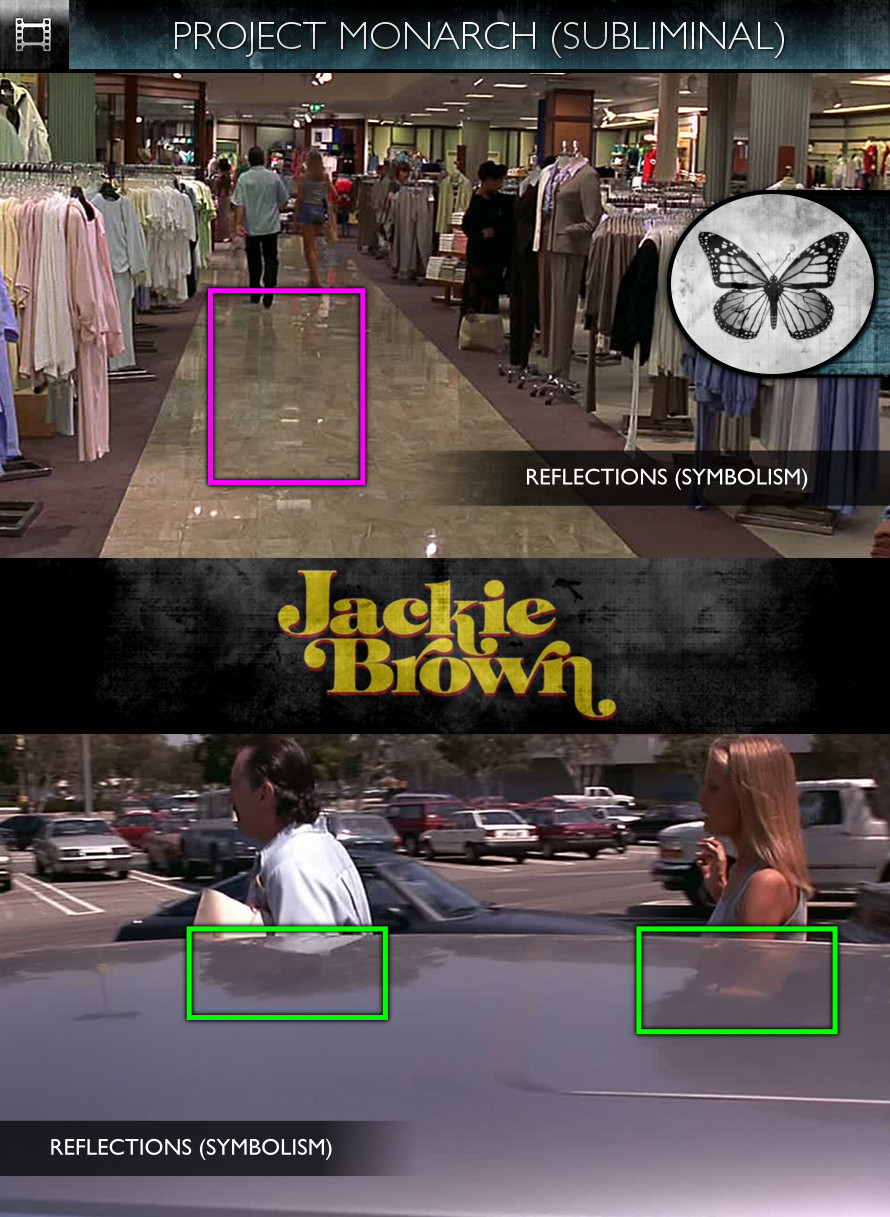 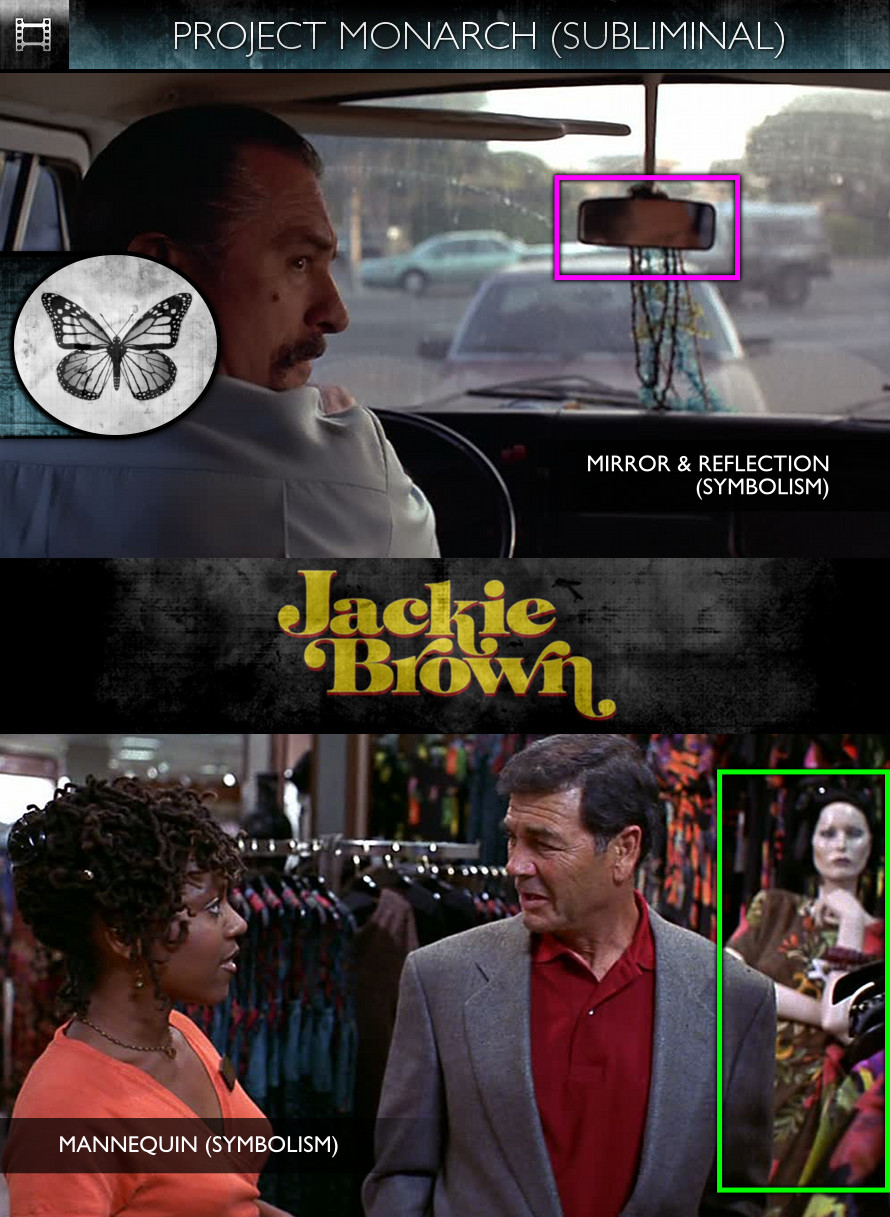 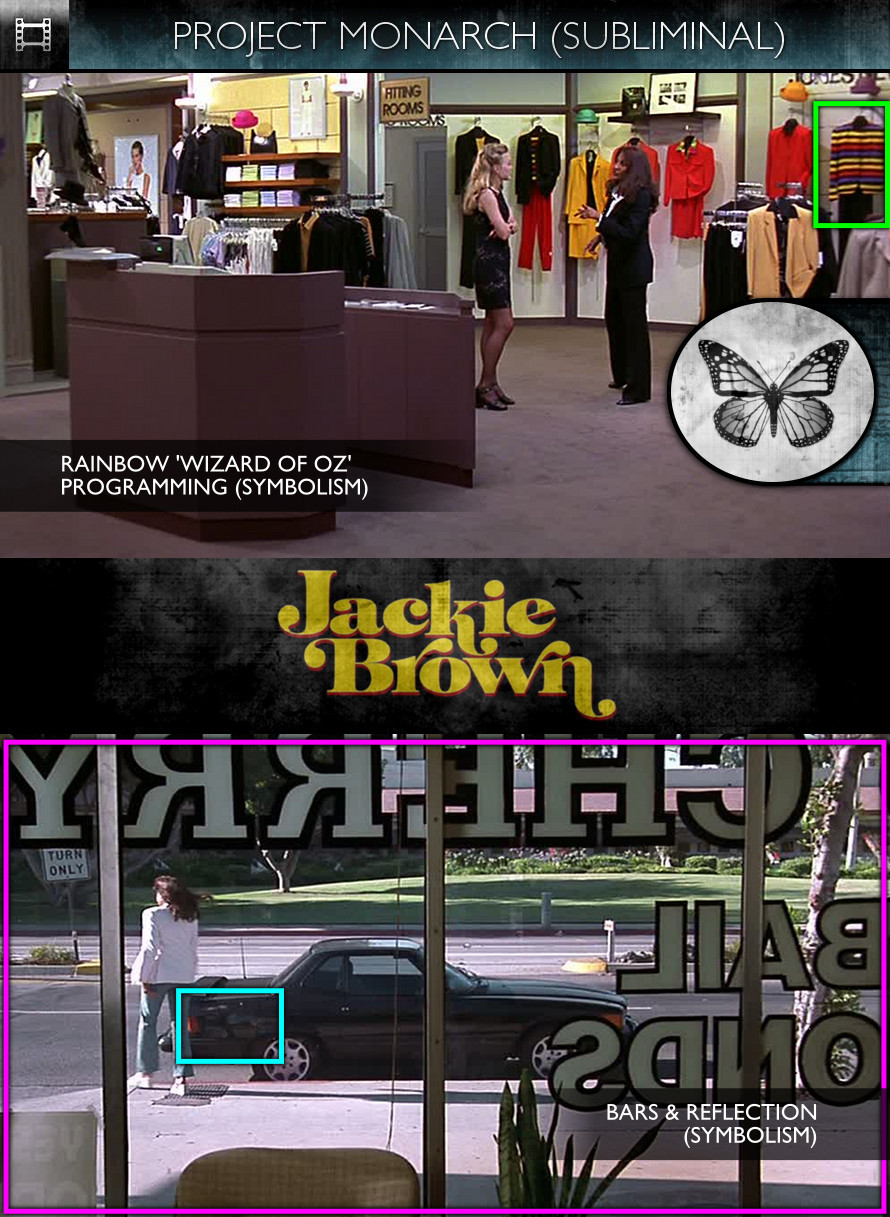 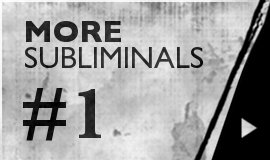