Sherlock Holmes: A Game of Shadows is a 2011 British-American action mystery film directed by Guy Ritchie and produced by Joel Silver, Lionel Wigram, Susan Downey and Dan Lin. It is a sequel to the 2009 film Sherlock Holmes, based on the titular character created by Sir Arthur Conan Doyle. The screenplay is written by Michele Mulroney and Kieran Mulroney. Robert Downey, Jr. and Jude Law reprise their roles as Sherlock Holmes and Dr. John Watson and were joined by Noomi Rapace as Simza and Jared Harris as Professor Moriarty.

Holmes and Watson join forces to outwit and bring down their most cunning adversary, Professor James Moriarty. Although influenced by Doyle’s short story “The Final Problem”, the film follows an original story and is not a strict adaptation.

Sherlock Holmes: A Game of Shadows, received generally positive reviews from critics, and was commercially successful with a worldwide gross of over $545 million. 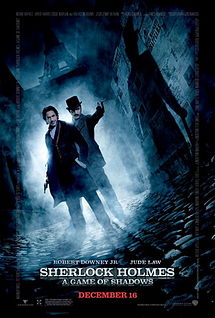 In 1891, Irene Adler delivers a package to Herr Dr Hoffmanstahl; payment for a letter he was to deliver. Hoffmanstahl opens the package, triggering a hidden bomb that is prevented from detonating by the intervention of Sherlock Holmes. Holmes takes the letter while Adler and Hoffmanstahl escape. Holmes finds Hoffmanstahl assassinated moments later. Adler meets with Professor Moriarty to explain the events, but Moriarty poisons and kills her — deeming her position compromised by her love for Holmes.

Later, Dr Watson arrives at 221B Baker Street, where Holmes discloses that he is investigating a series of seemingly unrelated murders, terrorist attacks and business acquisitions around the globe that he has connected to Moriarty. At Watson’s bachelor party, Holmes meets with Gypsy fortune-teller Simza, the intended recipient of the letter he took from Adler, sent by her brother Rene. Holmes defeats an assassin sent to kill Simza, but she flees before Holmes can interrogate her. After the wedding of Watson and Mary Morstan, Holmes meets Moriarty for the first time. Expressing his respect for Holmes’ tenacity, Moriarty informs Holmes that he murdered Adler and will kill Watson and Mary if Holmes’ interference continues. Holmes vows to bring him down.

Moriarty’s men attack Watson and Mary on a train to their honeymoon. Holmes, having followed the pair to protect them, throws Mary from the train into a river below where she is rescued by Holmes’ waiting brother Mycroft. After defeating Moriarty’s men, Holmes and Watson travel to Paris to locate Simza. When she is found, Holmes tells Simza that she has been targeted because Rene is working for Moriarty, and may have told her about his plans. Simza takes the pair to the headquarters of an anarchist group to which she and Rene had formerly belonged. They learn that the anarchists have been forced to plant bombs for Moriarty.

The trio follows Holmes’ deduction that the bomb is in the Paris Opera. However, Holmes realizes too late that he has been tricked and that the bomb is in a nearby hotel; the bomb kills a number of assembled businessmen. Holmes discovers that the bomb was a cover for the assassination of Alfred Meinhard, one of the attendees, by Moriarty’s henchman, Sebastian Moran. Meinhard’s death grants Moriarty ownership of Meinhard’s arms factory in Germany. Holmes, Watson and Simza travel there, following clues in Rene’s letters.

At the factory, Moriarty captures, interrogates and tortures Holmes while Watson battles Moran. Holmes spells out Moriarty’s plot, revealing that the Professor secretly acquired shares in multiple war profiteering companies, and intends to instigate a world war to make himself a fortune. Meanwhile, Watson uses the cannon he had been hiding behind to destroy the watchtower in which Moran is concealed. The structure collapses into the warehouse where Moriarty is holding Holmes captive. Watson, Simza, and an injured Holmes reunite and escape aboard a moving train. Holmes deduces that Moriarty’s final target will be a peace summit in Switzerland, creating an international incident.

At the summit, Holmes reveals that Rene is the assassin and that he is disguised as one of the ambassadors, having been given radical reconstructive surgery by Hoffmanstahl. Holmes and Moriarty, who is also in attendance, retreat outside to discuss their competing plans. Watson and Simza find Rene and stop his assassination attempt, but Rene is himself killed by Moran.

Outside, Holmes reveals that he previously replaced Moriarty’s personal diary that contained all his plans and financing with a duplicate. The original was sent to Mary in London, who decrypted the code using a book that Holmes had noticed in Moriarty’s office during their first meeting. Mary passes the information to Inspector Lestrade who seizes Moriarty’s assets, financially crippling him. Holmes and Moriarty anticipate an impending physical confrontation, and both realise Moriarty will win due to Holmes’ injured shoulder. Holmes instead grapples Moriarty and forces them both over the balcony and into the Reichenbach waterfall below. The pair are presumed dead.

Following Holmes’ funeral, Watson and Mary prepare to have their belated honeymoon when Watson receives a package containing a breathing device of Mycroft’s that Holmes had noticed before the summit. Contemplating that Holmes may still be alive, Watson leaves his office to find the delivery man. Holmes, having concealed himself in Watson’s office, reads Watson’s memoirs on the typewriter and adds a question mark after the words “The End”. 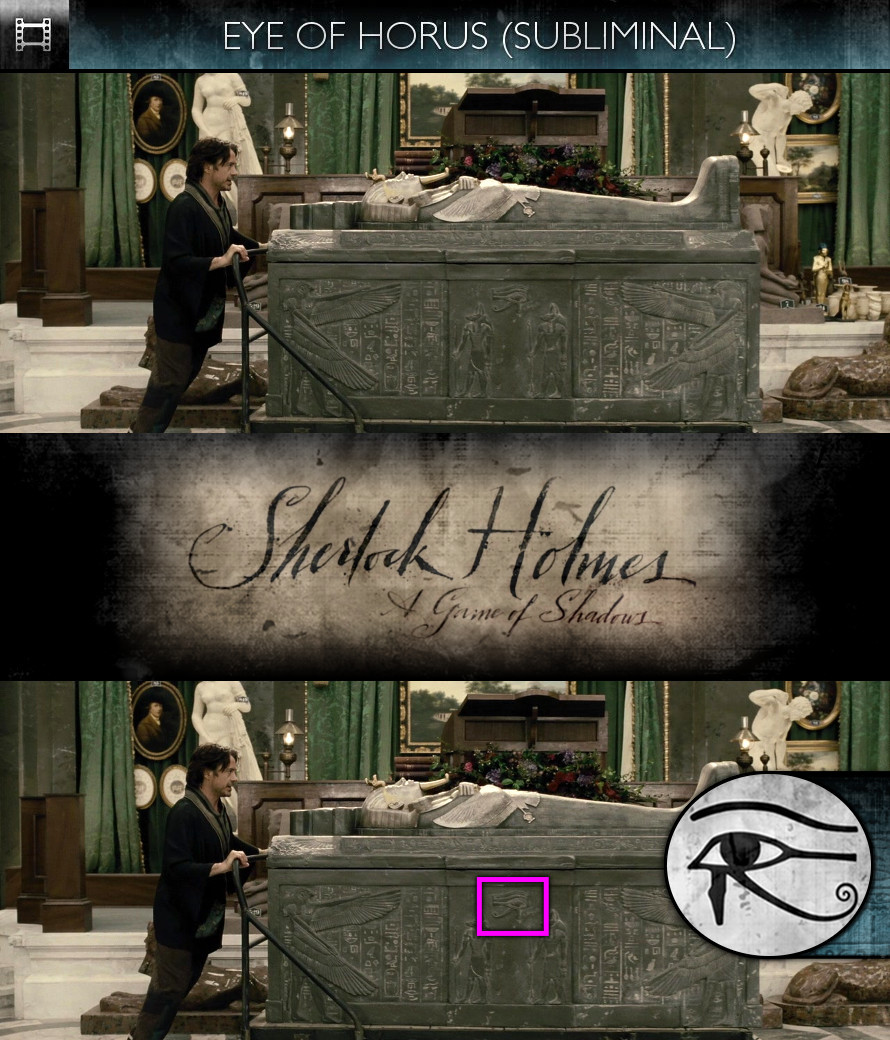 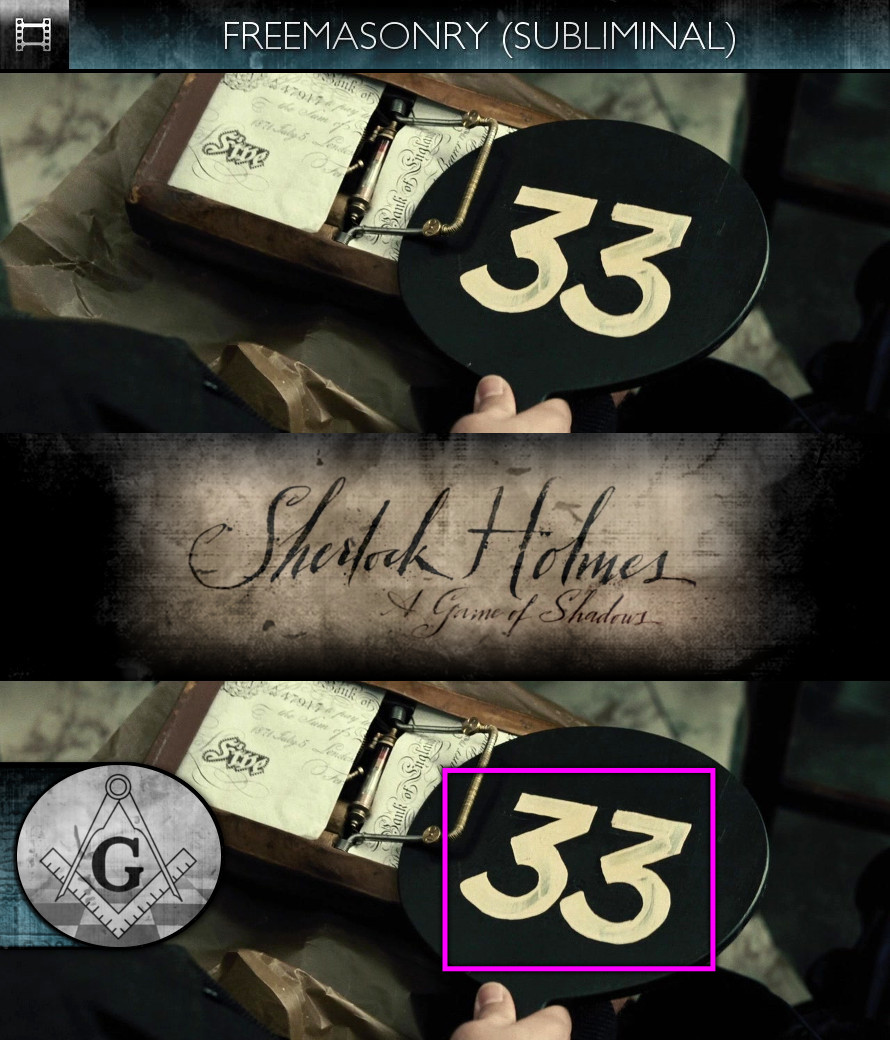 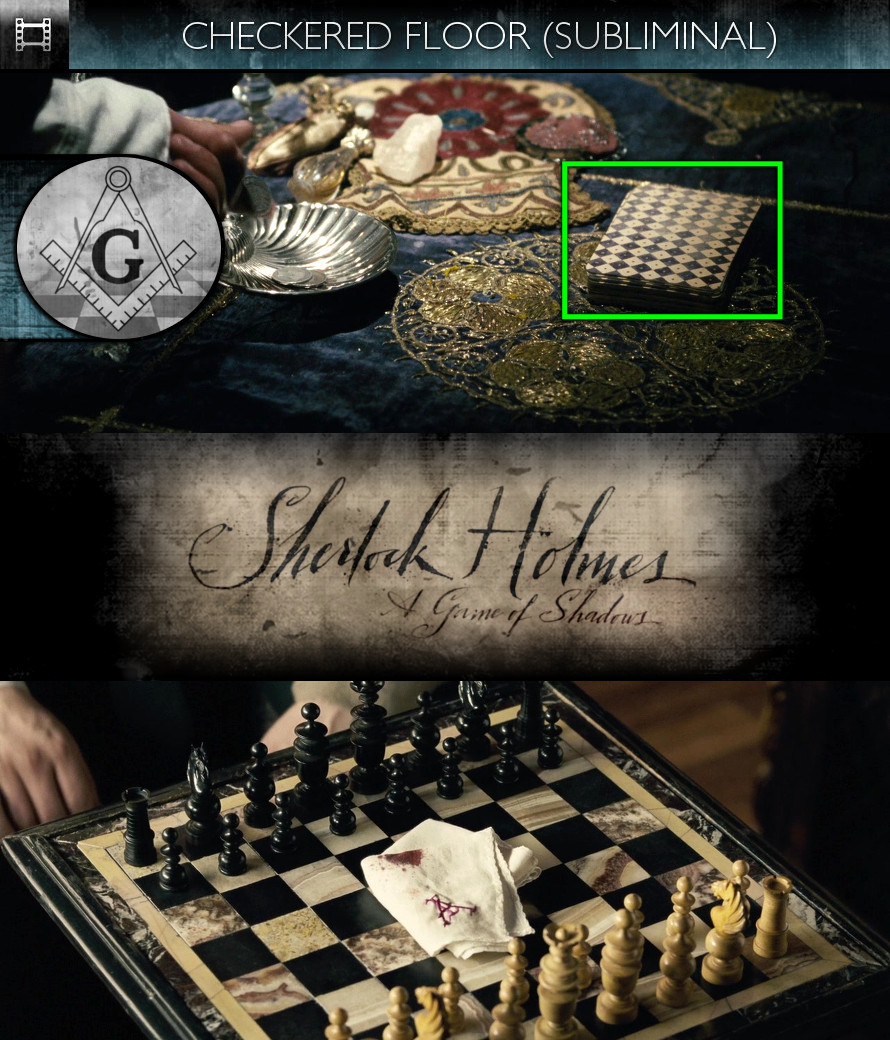 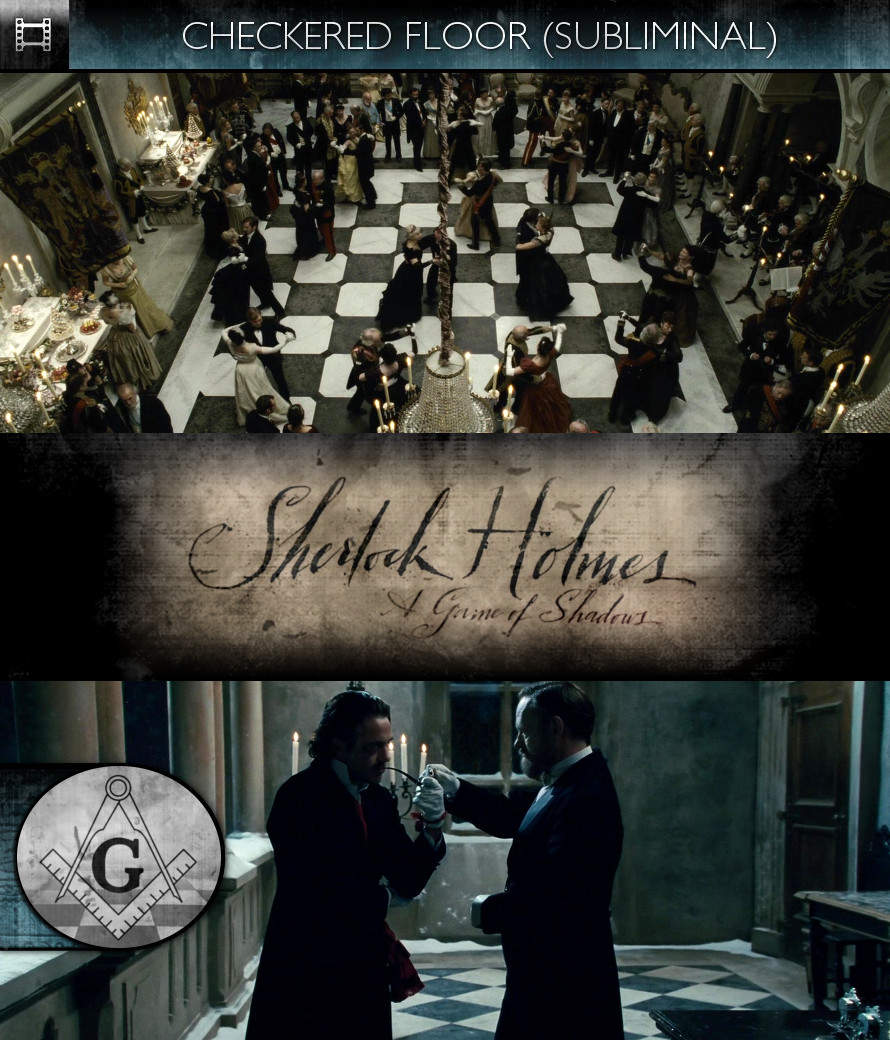 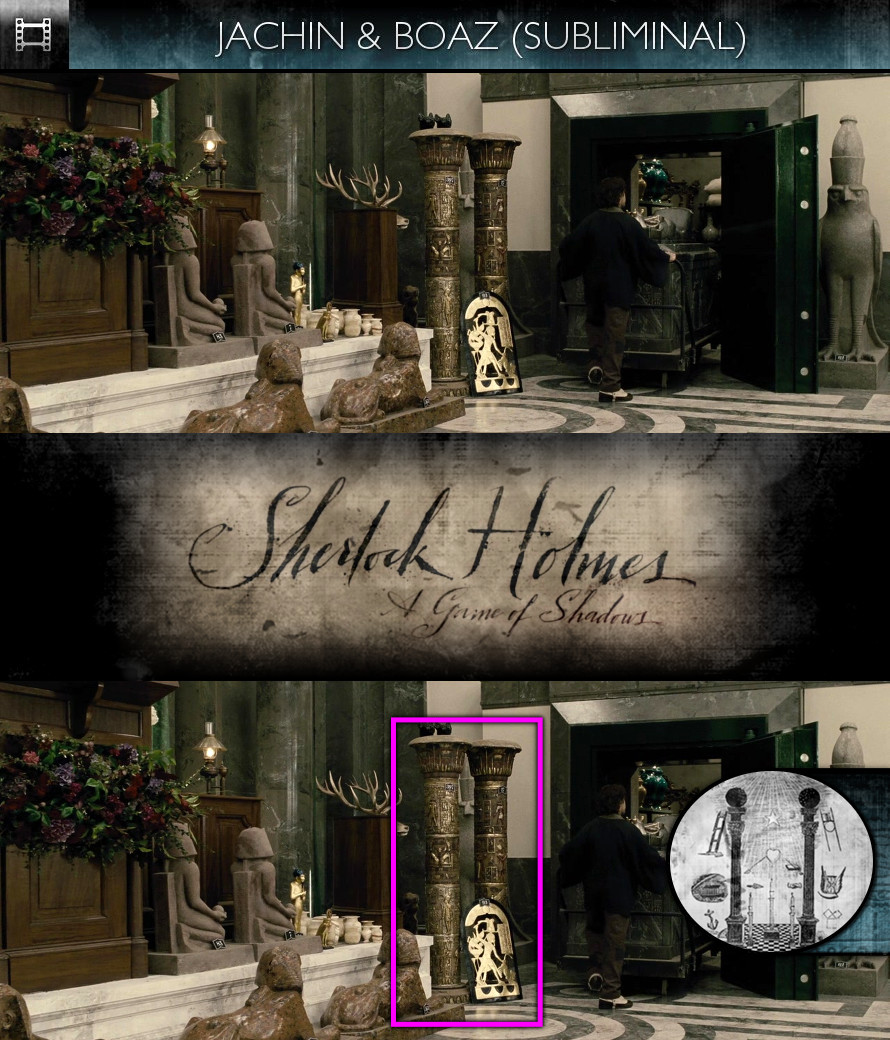 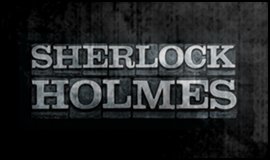 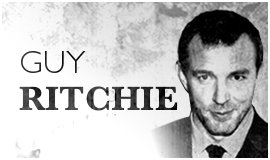