Scott Pilgrim vs. the World is a 2010 comedy film directed by Edgar Wright, based on the graphic novel series Scott Pilgrim by Bryan Lee O’Malley. The film is about Scott Pilgrim (Michael Cera), a young Canadian musician, meeting the girl of his dreams, Ramona Flowers (Mary Elizabeth Winstead), an American delivery girl. In order to win Ramona, Scott learns that he must defeat Ramona’s “seven evil exes”, who are coming to kill him.

Scott Pilgrim vs. the World was planned as a film after the first volume of the comic was released. Wright became attached to the project and filming began in March 2009 in Toronto. Scott Pilgrim vs. the World premiered after a panel discussion at the San Diego Comic-Con International on July 22, 2010. It received a wide release in North America on August 13, 2010 in 2,818 theaters. The film finished fifth on its first weekend of release with a total of $10.5 million. The film received generally positive reviews by critics and fans of the graphic novel, but it failed to recoup its production budget during its release in theaters, grossing $31.5 million in North America and $16 million overseas. However, the film has fared better on home video, becoming the top-selling Blu-ray on Amazon.com during the first day it was available and has since gained a cult following. 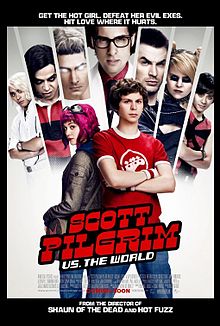 In Toronto, Scott Pilgrim (Michael Cera), the bass guitarist for the band “Sex Bob-omb”, begins dating high schooler Knives Chau (Ellen Wong) much to the disapproval of his friends. Scott meets an American girl, Ramona Flowers (Mary Elizabeth Winstead), who has been appearing in his dreams, and becomes obsessed with her, losing interest in Knives. While playing in a battle of the bands sponsored by one “G-Man Graves” for a record deal, Scott is attacked by Matthew Patel (Satya Bhabha), who introduces himself as the first of Ramona’s “evil exes”. Scott defeats Patel and learns from Ramona that, in order for them to date, he must defeat all seven of her evil exes.

Scott breaks up with Knives, who blames Ramona for taking Scott from her and begins trying to win him back. Scott battles Ramona’s second evil ex, popular actor and skateboarder Lucas Lee (Chris Evans), who he defeats by tricking him into performing a dangerous skateboard grind that causes him to combust. Scott later encounters the third evil ex, Todd Ingram (Brandon Routh), who is dating Scott’s ex-girlfriend, Natalie “Envy” Adams (Brie Larson). Todd initially overpowers Scott using his psychic vegan abilities, but is stripped of his powers by the Vegan Police (Thomas Jane and Clifton Collins, Jr.) after Scott tricks him into having coffee with half and half cream, allowing Scott to defeat him.

Scott begins to grow upset with Ramona over her dating history by the defeat of the fourth ex, Roxy Richter (Mae Whitman). During the second round of the battle of the bands, Sex Bob-omb faces off against the fifth and sixth evil exes, twin Katayanagi brothers Kyle (Keita Saito) and Ken (Shota Saito), earning Scott an extra life upon their defeat. During the battle, Scott sees Ramona together with her seventh evil ex, Gideon Graves (Jason Schwartzman), who turns out to be Sex Bob-omb’s sponsor, G-Man. The members of Sex Bob-omb accept Gideon’s record deal, save for Scott, who leaves the band. Shortly after, Ramona breaks up with Scott.

Upon returning home, Scott receives a phone call invitation from Gideon to his newly opened Chaos Theater where Sex Bob-omb is playing, claiming there to be “no hard feelings”. Scott arrives and challenges Gideon to a fight, professing his love for Ramona and gaining a sword called the “Power of Love”, which he uses to fight Gideon, only for Gideon to destroy it. Knives then crashes the scene to fight Ramona over Scott. Scott goes to break up the girls’ fight, only to accidentally reveal that he cheated on them with each other before he is killed by Gideon.

Ramona visits Scott in Limbo and apologizes for getting him involved in her affairs, revealing that Gideon had planted a mind control device in the back of her head. Scott realizes he still has an extra life and uses it to return to life at the moment in time when Gideon first called him. Scott reenters the Chaos Theater where he makes peace with his friends and challenges Gideon again, stating he is fighting for himself and gaining the more powerful “Power of Self-Respect” sword with which he strikes down Gideon. He then apologizes to Ramona and Knives for cheating on them. Gideon fights Scott again and knocks down Ramona, but Scott and Knives team up with each other and destroy him. Free from Gideon’s control, Ramona prepares to leave, but Knives accepts that her relationship with Scott is over and encourages him to follow Ramona. He does, and the two start their relationship anew. 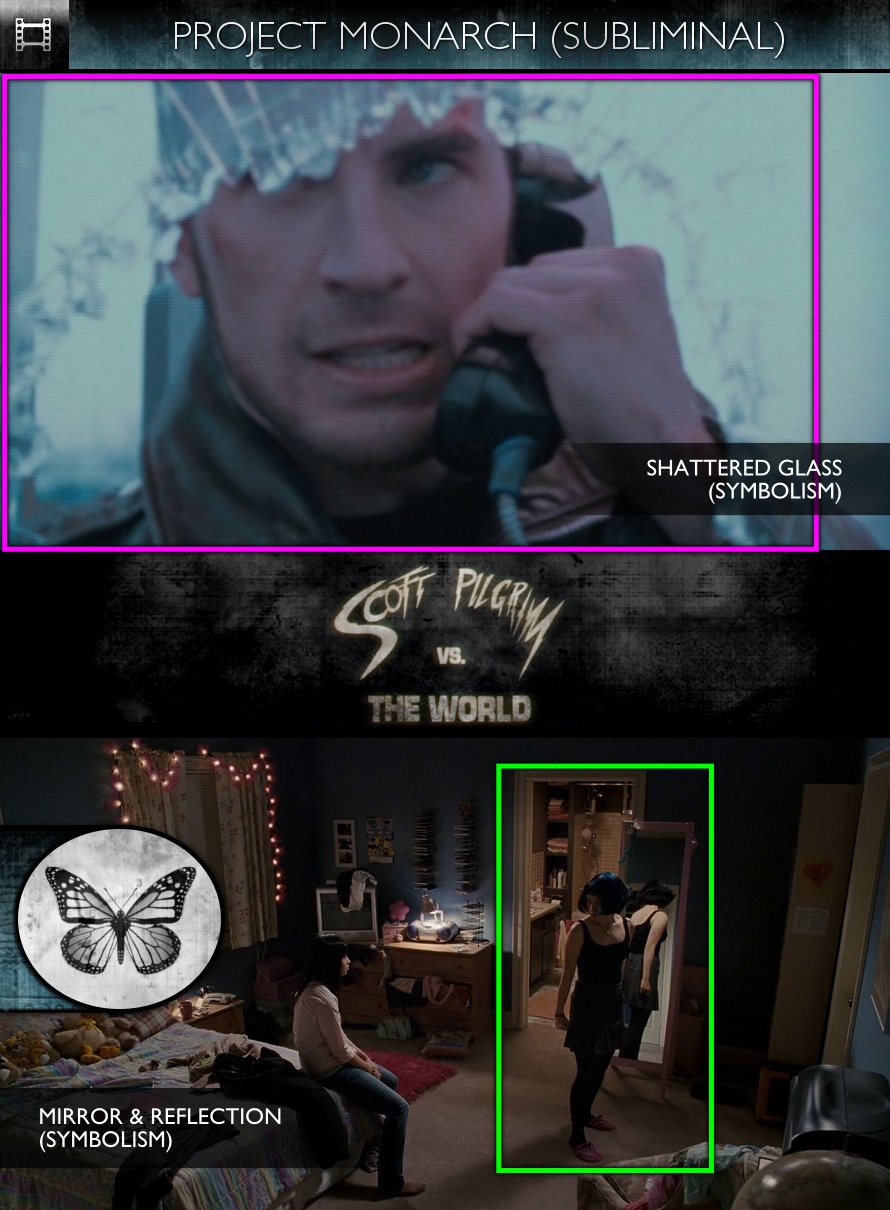 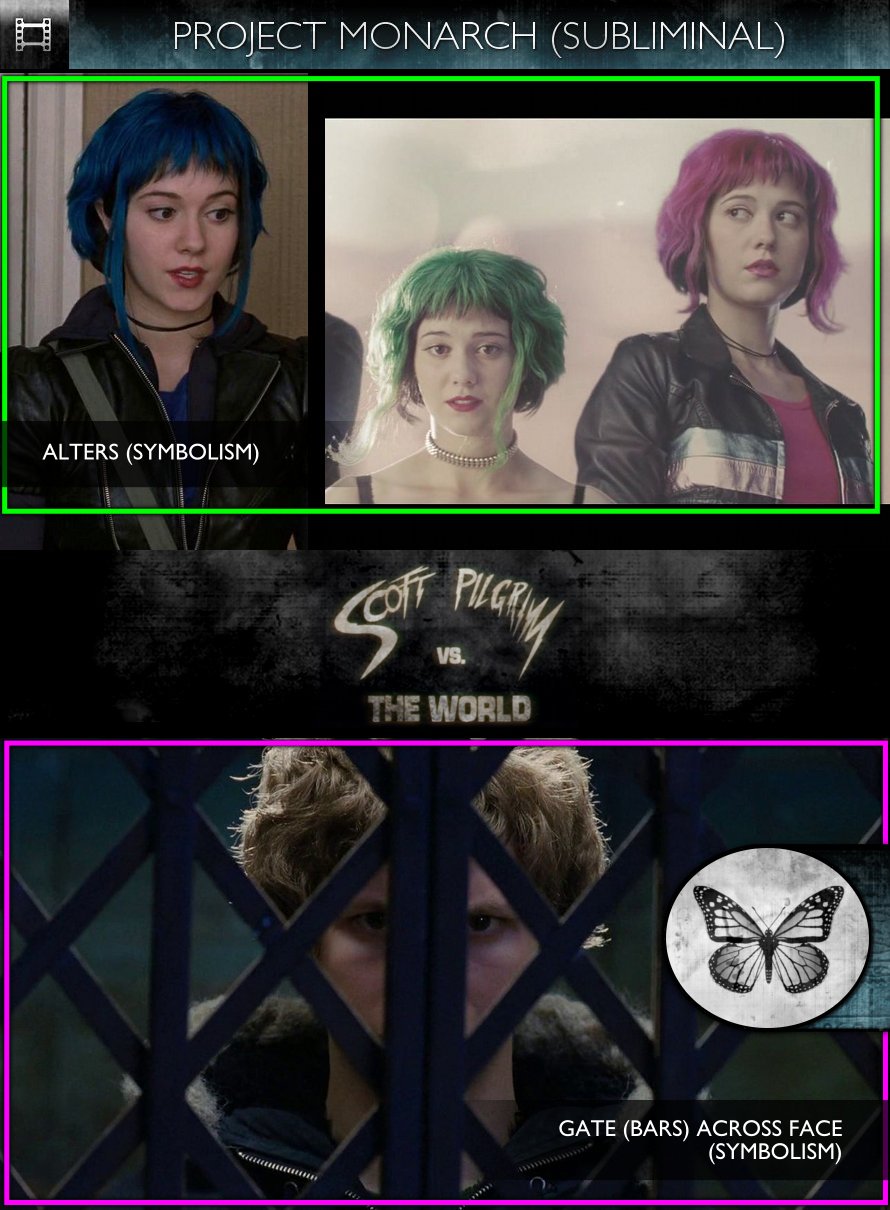 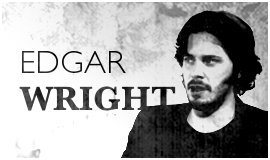