Sunshine is a 2007 British science fiction film directed by Danny Boyle and written by Alex Garland about the crew of a spacecraft on a dangerous mission to the Sun. In 2057, with the Earth in peril from the dying Sun, the crew is sent to reignite the Sun with a massive stellar bomb with the mass equivalent to Manhattan Island. The crew is made up of an ensemble cast consisting of Cillian Murphy, Chris Evans, Rose Byrne, Michelle Yeoh, Cliff Curtis, Troy Garity, Hiroyuki Sanada, Benedict Wong, Chipo Chung, and Mark Strong.

The script was based on a scientific back-story that took the characters on a psychological journey. The director cast a group of international actors for the film, and had the actors live together and learn about topics related to their roles, as a form of method acting. To have the actors realistically react to visual effects that would be implemented in post-production, the filmmakers constructed live sets to serve as cues.

Previous science fiction films that Boyle cited as influences included Kubrick’s 1968 film 2001: A Space Odyssey, the 1972 Tarkovsky’s Solaris, and the 1979 science-fiction horror film Alien. Sunshine was released in the United Kingdom on 6 April 2007 and in the United States on 20 July 2007. The film took £3.2 million in the UK over twelve weeks, and in the USA it was placed no. 13 in the box office on the first weekend of its wide release. With a budget of US$40 million, it ultimately grossed almost US$32 million worldwide. 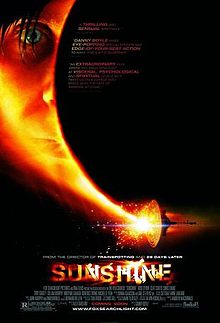 In 2057, the failure of the Earth’s Sun threatens life on the planet, compelling humanity to send a spacecraft that carries a stellar bomb payload intended to re-ignite it. The first spacecraft with the payload, the Icarus I, was lost seven years previously for reasons unknown, having failed in its mission. A second spacecraft with a new payload, the Icarus II, is sent to the Sun in a final attempt, as the Earth has been exhausted of the materials necessary to make the bomb.

The design of the Icarus spacecraft, displayed in the opening shots of the movie, incorporates a massive heat shield made of many small positionable mirrors in an umbrella shape at the front of the vessel. This shield protects the relatively fragile main hull of the Icarus craft from the intense radiation and superheated particles of the solar wind, which at such close proximity to the Sun can melt most materials near-instantaneously. The stellar bomb is located just behind the heat shield, with the remainder of the ship, including the engines, living quarters, oxygen garden, computer core, and other structure behind a second, smaller heat shield. This second shield will be used as both protection and a solar sail during the return trip, after the payload is deployed into the Sun taking the larger shield with it.

As the movie opens, the Icarus II is passing into the “dead zone”, beyond which the radio communications of the crew back to Earth are lost in the solar wind. Mission Physicist Capa records a last-minute message to send back to his parents on Earth, while psychiatrist Searle views the Sun’s filtered light on the ship’s solar observation deck, pushing the limits of the computer’s safety protocols to view as much light as is allowed.

When the Icarus II passes Mercury on its way to the Sun, communications officer Harvey discovers the distress beacon of Icarus I. Capa is asked by Captain Kaneda to decide whether to change course and approach Icarus I. Capa runs a simulation of the bomb’s deployment and detonation, which like all previous runs is inconclusive due to the unpredictable variables inherent in the physics inside a gravity well. After a risk assessment, Capa decides to rendezvous with the stricken vessel in order to acquire its payload, hopefully doubling their chances of success.

In planning the new course, navigator Trey forgets to realign the heat shield to match the new trajectory (systemic design oversight), which results in damage to some of the mirrors on the heat shield, putting the spacecraft and mission at risk. Kaneda and Capa embark on a spacewalk to make repairs while the ship is angled to shelter the damaged portion of the shield, but an unintended automatic override by the ship’s computer puts the two men at risk of fatal solar exposure. Capa escapes to shelter behind the shield while Kaneda completes the vital repairs. Unable to reach safety before the shields are completely exposed to full sunlight, he turns back and stares at the Sun as the solar wind consumes him. The incident that caused the override turns out to be a fire in the ship’s oxygen garden, started by sunlight reflected from an exposed part of the ship. The fire both totally destroys the garden and dangerously depletes the oxygen levels, making a return trip impossible. Trey blames himself for the losses due to his neglect, and Searle sedates him, assessing him as a suicide risk.

The Icarus II makes rendezvous with the Icarus I, and the lost spacecraft is explored by four men of the crew: Harvey, Capa, Searle, and engineer Mace. While the Icarus I has a functional oxygen garden, the ship’s operational computer is found to be sabotaged, rendering delivery of the payload impossible. Mace finds a video left behind by Captain Pinbacker, an extremely religious man, who states the mission was purposely abandoned, thinking it was the “will of God” that humanity should die. The crew of Icarus I is found dead in the solar observation room, having been exposed to unshielded rays of sunlight. During the group’s exploration, the airlocks inexplicably decouple, damaging the Icarus I’s airlock and stranding the crew members on the derelict spacecraft. In a risky move, Searle stays behind to jettison the three men using the coordinated vacuuming of the airlock to propel them to the airlock of the Icarus II. Harvey is knocked into space and quickly freezes to death in the near-absolute zero temperatures of space, while Searle, trapped on the Icarus I, submits himself to the same fate as the original crew in the observation room, exposing himself to the full light of the Sun.

Five remain on the Icarus II: Capa, Mace, Trey, Cassie, and Corazon. The survivors check the Icarus activity file and discover that someone must have manually decoupled the airlock as there was no hardware failure. While Trey – now the prime suspect for sabotaging the airlock – is elsewhere, the four other crew members discuss that the remaining oxygen reserves would only allow them to reach the Sun to deliver the payload if there were only four people. Everyone except Cassie decides Trey must be killed, but when they go to Trey, they find he has apparently committed suicide.[A] During a final inspection some nineteen hours before the delivery point, Capa discovers with surprise from the spacecraft’s computer that even without Trey the reserves will not last long enough to deploy, because of an unaccounted-for fifth person on the spacecraft. He discovers that Pinbacker is still alive and has made his way into the Icarus II observation room, having sneaked aboard and decoupled the ship from the Icarus I. He is very badly burned because of repeated exposures to the Sun. He slashes Capa with a scalpel and seals him in an airlock.

Pinbacker attempts to sabotage the spacecraft so that it will not complete its mission, removing the Icarus mainframe computer stack from its sub-zero coolant bath, and attacking the other crew members, killing Corazon in the oxygen garden. Mace attempts to undo Pinbacker’s sabotage, but is trapped in the coolant reservoir and freezes to death there. Capa, trapped in the airlock, manages to blow the airlock door off, completely decompressing most of Icarus II. He makes his way to the computer core and manually uncouples the bomb from the rest of the spacecraft. Capa then travels to the airlock and jumps the distance to the payload, reaching it just as the boosters ignite. This sends the bomb out of solar orbit and into the Sun’s corona, which burns up the remains of Icarus II as Capa enters the payload’s airlock. He finds Cassie in the payload section, having been pursued there by Pinbacker. Pinbacker attempts to drop Capa off a precipice within the bomb, but Cassie grabs on to Capa, their combined weight peels the skin off Pinbacker’s arm and they fall but the changing gravitational pull of the Sun arrests their fall down the cliff. Capa triggers the bomb in time to re-ignite the Sun. With the sparks of the stellar bomb multiplying, Capa watches the inner surface of the Sun burst through one wall of the payload capsule, as space and time break down, owing to the Sun’s immense gravity field. He reaches out and touches it, smiling blissfully.

On Earth, Capa’s sister reviews her brother’s last message on video while her children build snowmen. Suddenly, the sky brightens, an indication of the mission’s success. The final scene reveals that they were building snowmen on the frozen harbour near the Sydney Opera House, as Earth was experiencing an ice age when the sun failed. 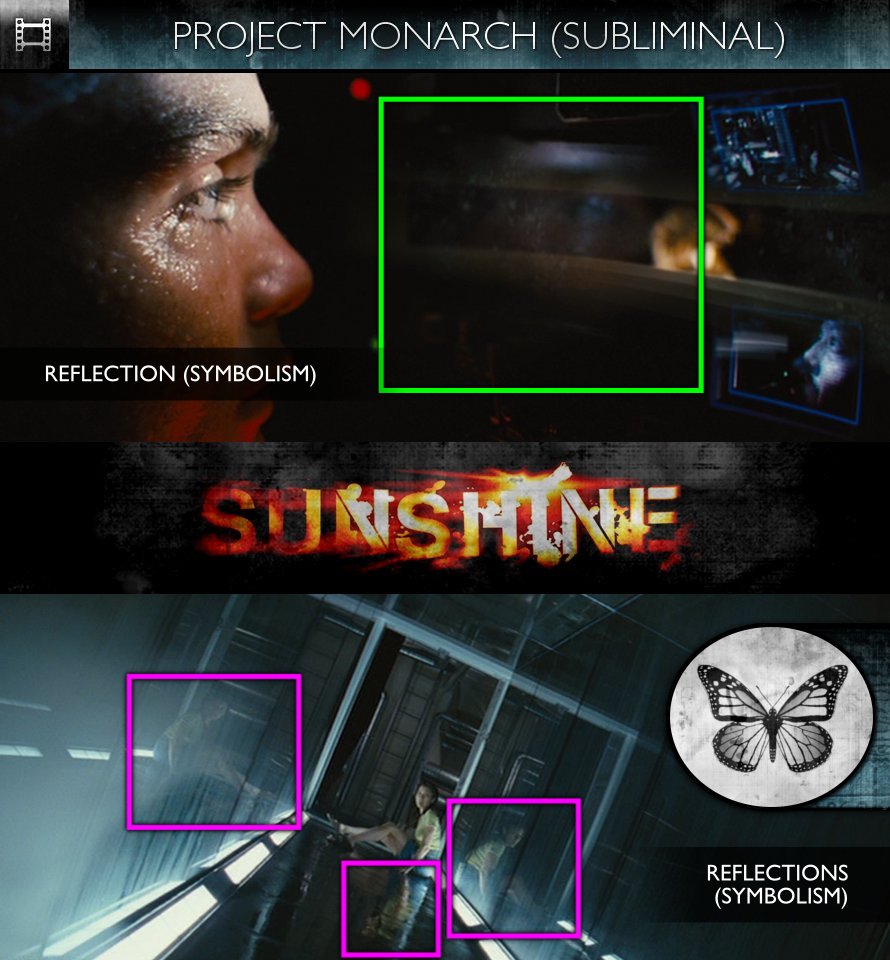 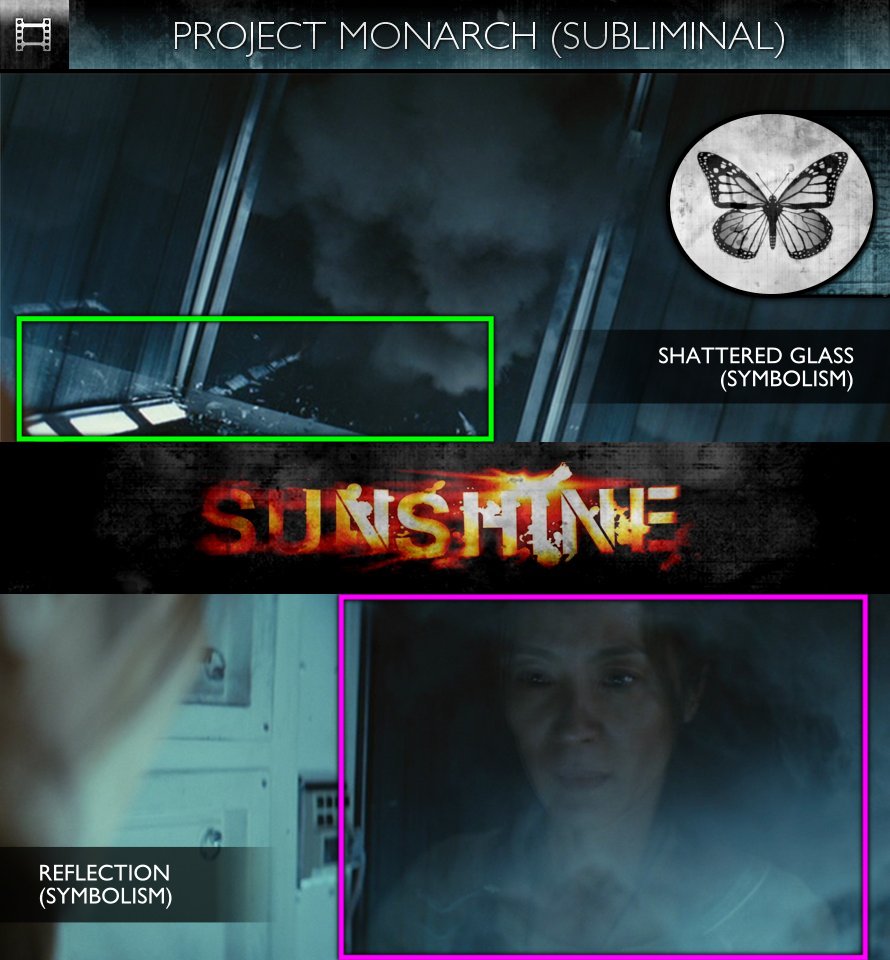