Tron is a 1982 American science fiction film released by Walt Disney Productions. The film was scripted and directed by Steven Lisberger, based on a story by Lisberger and Bonnie MacBird. The film stars Jeff Bridges, Bruce Boxleitner, David Warner, Cindy Morgan, and Barnard Hughes. A computer programmer is transported inside the software world of a mainframe computer, where he interacts with various programs in his attempt to get back out.

Development of Tron began in 1976 when Lisberger became fascinated with the early video game Pong. He and producer Donald Kushner set up an animation studio to develop Tron with the intention of making it an animated film. Indeed, to promote the studio itself, Lisberger and his team created a 30 second long animation featuring the first appearance of the character ‘Tron’, (see Origins below). In the end, however, Lisberger decided to include live-action elements with both backlit and computer animation for the actual feature-length film. Various film studios had rejected the storyboards for the film before the project was set up at Disney. There, backlit animation was finally combined with the computer animation and live-action.

Tron was released on July 9, 1982 in 1,091 theaters in the United States. The film received positive reviews from critics who praised the visuals and acting, but criticized the storyline. The film was a box office success, grossing $33 million in the United States (approx. $74 million in 2010). Tron received nominations for Best Costume Design and Best Sound at the 55th Academy Awards, and received the Academy Award for Technical Achievement 14 years later. Over time, Tron developed into a cult film and eventually spawned a franchise, which consists of multiple video games, comic books and an animated television series. A sequel titled Tron: Legacy was directed by Joseph Kosinski and was released on December 17, 2010; it saw the return of Lisberger, Bridges, and Boxleitner to the franchise. 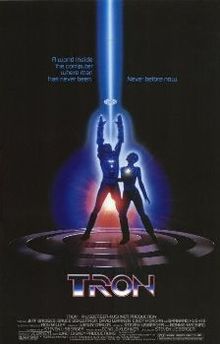 Kevin Flynn (Jeff Bridges) is a software engineer formerly employed by ENCOM. He has designed several video games, only to have another engineer, Ed Dillinger (David Warner) steal them and pass them off as his own. Dillinger was ultimately promoted to chief executive, and fired Flynn soon afterward. Flynn attempts to obtain evidence of Dillinger’s action by sending in programs, but is prevented by the Master Control Program (MCP), an artificial intelligence written by Dillinger that controls the ENCOM mainframe and seeks control over other mainframes as well. Dillinger attempts to stop the MCP after it reveals its intentions to hack into and gain control of the Pentagon and Kremlin, but the MCP threatens to expose his plagiarism of Flynn’s games, which are hugely successful.

Flynn’s ex-girlfriend Lora Baines (Cindy Morgan) and her current boyfriend Alan Bradley (Bruce Boxleitner), both ENCOM engineers, warn Flynn that Dillinger knows about his hacking attempts and has tightened security. Flynn persuades them to admit him into ENCOM’s buildings. There, he forges a higher security clearance for Bradley’s program “Tron”, which would monitor communications between the MCP and the outside world; whereupon the MCP uses an experimental laser to digitize Flynn’s body and upload it into the ENCOM mainframe.

In the mainframe, computer programs appear in the likeness of the human “users” who created them, and wield as their chief weapon an “identity disc” thrown at their enemies. Here, the MCP and its second-in-command, Sark (Warner), seek control over input/output in the system. Programs resistant to their rule are forced to play in martial games in which the losers are destroyed. Imprisoned by Sark, Flynn meets Tron (Boxleitner) and another program named Ram. Together, they escape their prison during a Light Cycle match. During their flight, Ram is mortally wounded and dies, but Flynn gradually discovers that, as a User, he is capable of manipulating the reality of the digital world.

At an input/output junction, Tron communicates with Alan and receives instructions about how to destroy the MCP. Tron, Flynn, and another program created by Lora named Yori (Morgan) board a “solar sailer simulation” to reach the MCP’s core; but Sark’s command ship destroys the sailer, capturing Flynn and Yori. Sark leaves the command ship and orders its destruction, but Flynn keeps it intact while Sark reaches the MCP’s core on a shuttle, carrying captured programs. Tron then confronts Sark outside the core while the MCP attempts to consume the captives. Tron critically damages Sark and attacks the MCP; whereupon the MCP raises a shield around its core and re-empowers Sark against Tron, transferring all its powers to him. Flynn kisses Yori and then leaps into the MCP. Flynn distracts the MCP long enough to reveal a gap in its shield, through which Tron destroys it (and also Sark) with his disc. Input/output junctions are illuminated as programs begin to communicate with their users, and Flynn is reconstructed in the world. A nearby printer produces the evidence that Dillinger had plagiarized his creations. Dillinger enters his office and finds MCP deactivated and the proof of his theft broadcast throughout the ENCOM network. Although Dillinger knows his career is over, he is relieved that the threat he created is no more.

Flynn takes his rightful place as ENCOM’s CEO, while Alan and Lora remain his closest friends. 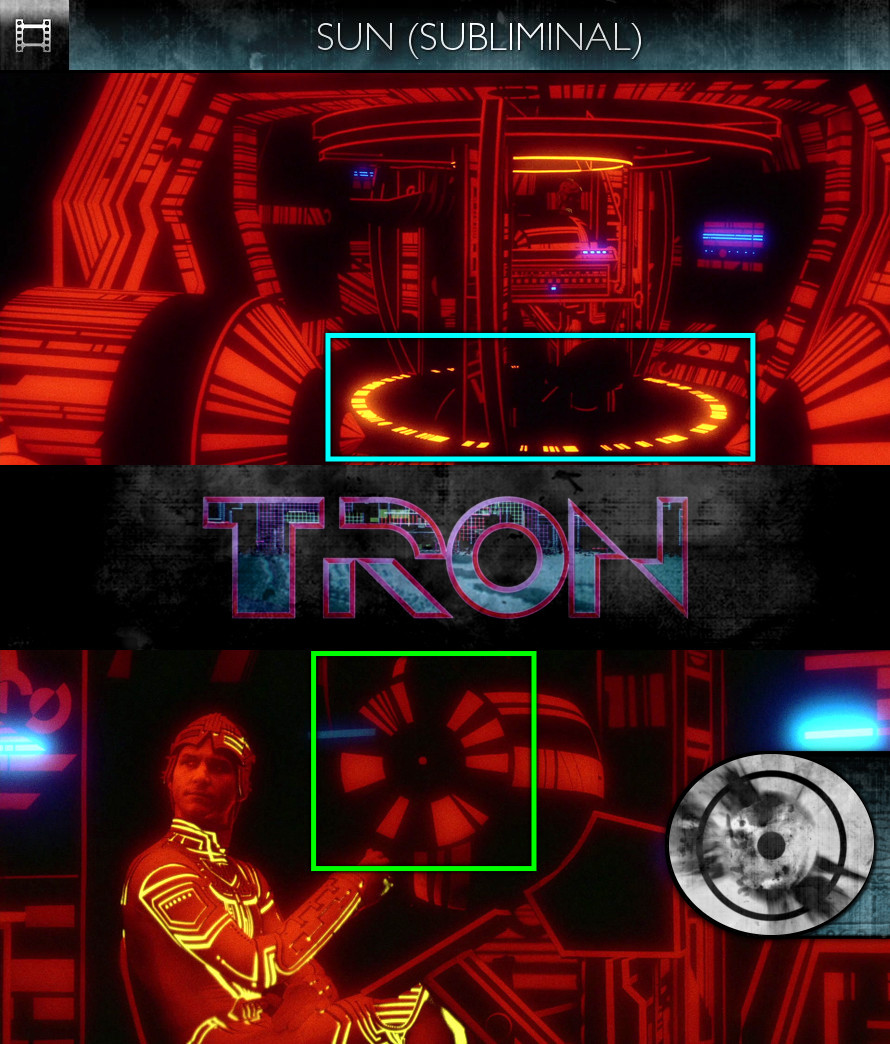 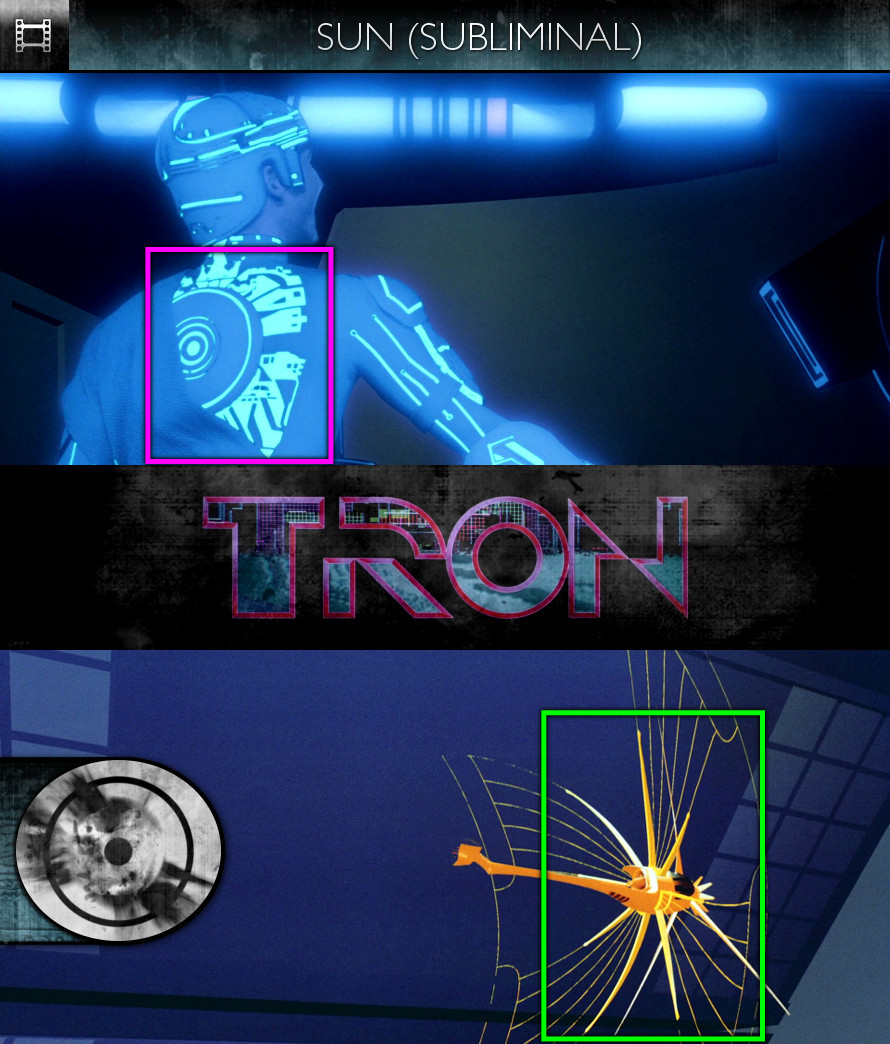 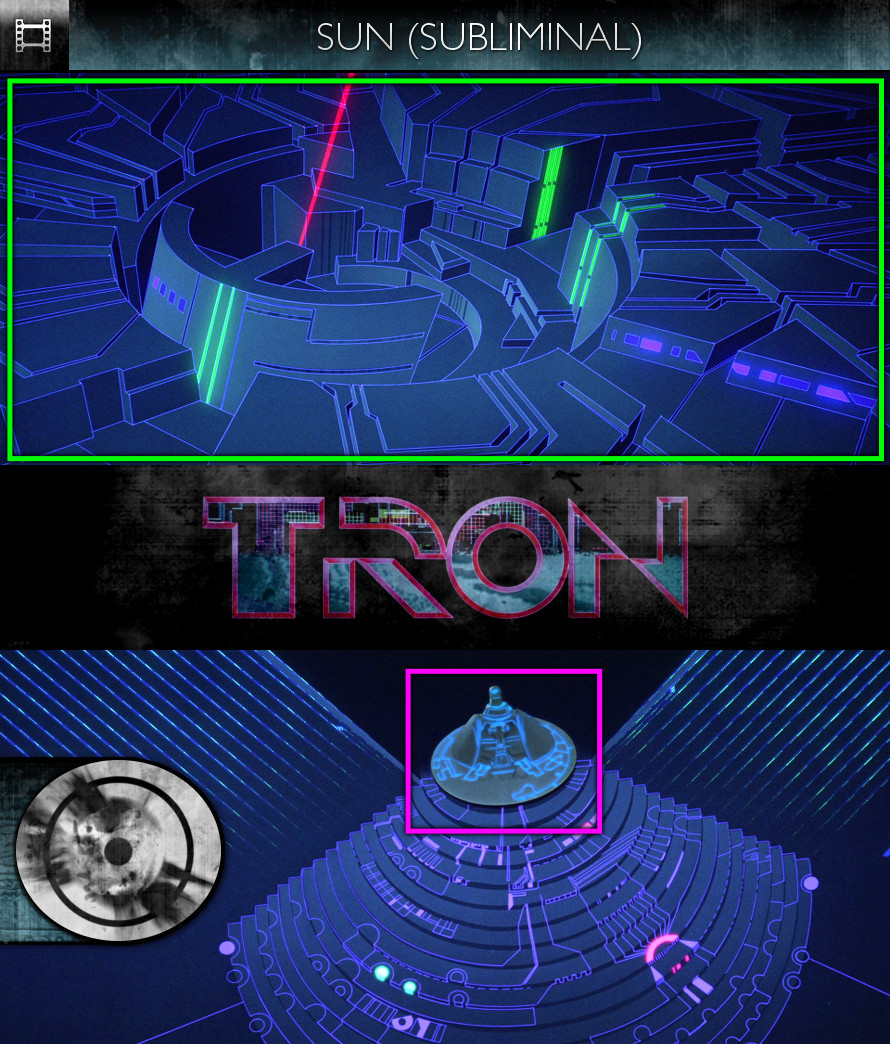 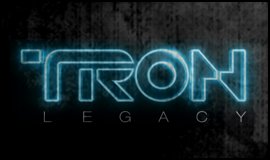