A Trip to the Moon (French: Voyage dans la Lune) is a 1902 French silent film directed by Georges Méliès. Inspired by a wide variety of sources, including Jules Verne’s novels From the Earth to the Moon and Around the Moon, the film follows a group of astronomers who travel to the Moon in a cannon-propelled capsule, explore the Moon’s surface, escape from an underground group of Selenites (lunar inhabitants), and return in a splashdown to Earth with a captive Selenite in tow. It features an ensemble cast of French theatrical performers, led by Méliès himself in the main role of Professor Barbenfouillis, and is filmed in the overtly theatrical style for which Méliès became famous.

The film was an internationally popular success at the time of its release, and was extensively pirated by other studios, especially in the United States. Its unusual length, lavish production values, innovative special effects, and emphasis on storytelling were markedly influential to other filmmakers and ultimately to the development of narrative film as a whole. Though the film disappeared into obscurity after Méliès’s retirement from the film industry, it was rediscovered in the late 1920s, when Méliès’s importance to the history of cinema was first recognized by film devotees. An original hand-colored print was discovered in 1993 and restored in 2011. Scholars have commented upon the film’s extensive use of pataphysical and anti-imperialist satire, as well as upon its wide influence on later filmmakers and its artistic significance within the French theatrical féerie tradition. A Trip to the Moon is now the best-known of the hundreds of films made by Méliès, and the moment in which the capsule lands in the Moon’s eye remains one of the most iconic and frequently referenced images in the history of cinema.

It was named one of the 100 greatest films of the 20th century by The Village Voice, ranking at #84, and in 2002 it became the first work designated as a UNESCO World Heritage film. 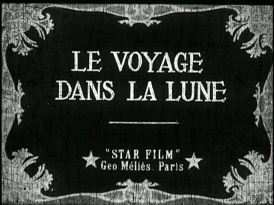 At a meeting of the Astronomic Club, their president Professor Barbenfouillis (literally “Tangled-Beard”) proposes a trip to the Moon. After addressing some dissent, five other brave astronomers—Nostradamus, Alcofrisbas, Omega, Micromegas and Parafaragaramus—agree to the plan. They build a space capsule in the shape of a bullet, and a huge cannon to shoot it into space. The astronomers embark and their capsule is fired from the cannon with the help of “marines”, most of whom are played by a bevy of young women in sailor’s outfits. The Man in the Moon watches the capsule as it approaches, and it hits him in the eye. (The image is a visual pun: the phrase dans l’œil, literally “in the eye,” is the French equivalent of the English word “bullseye.”)

Landing safely on the Moon, the astronomers get out of the capsule and watch the Earth rise in the distance. Exhausted by their journey, the astronomers unroll their blankets and sleep. As they sleep, a comet passes, the Big Dipper appears with human faces peering out of each star, old Saturn leans out of a window in his ringed planet, and Phoebe, goddess of the Moon, appears seated in a crescent-moon swing. Phoebe calls down a snowfall that awakens the astronomers. They seek shelter in a cavern and discover giant mushrooms. One astronomer opens his umbrella; it promptly takes root and turns into a giant mushroom itself.

At this point, a Selenite (an insectoid alien inhabitant of the Moon, named after one of the Greek moon goddesses, Selene) appears, but it is killed easily by an astronomer, as the creatures explode if they are hit with a hard force. More Selenites appear and it becomes increasingly difficult for the astronomers to destroy them as they are surrounded. The Selenites arrest the astronomers and bring them to the palace of their king. An astronomer lifts the Selenite King off his throne and dashes him to the ground, exploding him.

The astronomers run back to their capsule while continuing to hit the pursuing Selenites, and five get inside. The sixth, Barbenfouillis himself, uses a rope to tip the capsule over a ledge on the Moon and into space. A Selenite tries to seize the capsule at the last minute. Astronomer, capsule, and Selenite fall through space and land in an ocean on Earth, where they are rescued by a ship and towed ashore. The final sequence (missing from some prints of the film) depicts a celebratory parade in honor of the travelers’ return, including a display of the captive Selenite and the unveiling of a commemorative statue bearing the motto “Labor omnia vincit” (Latin: “work conquers all”). 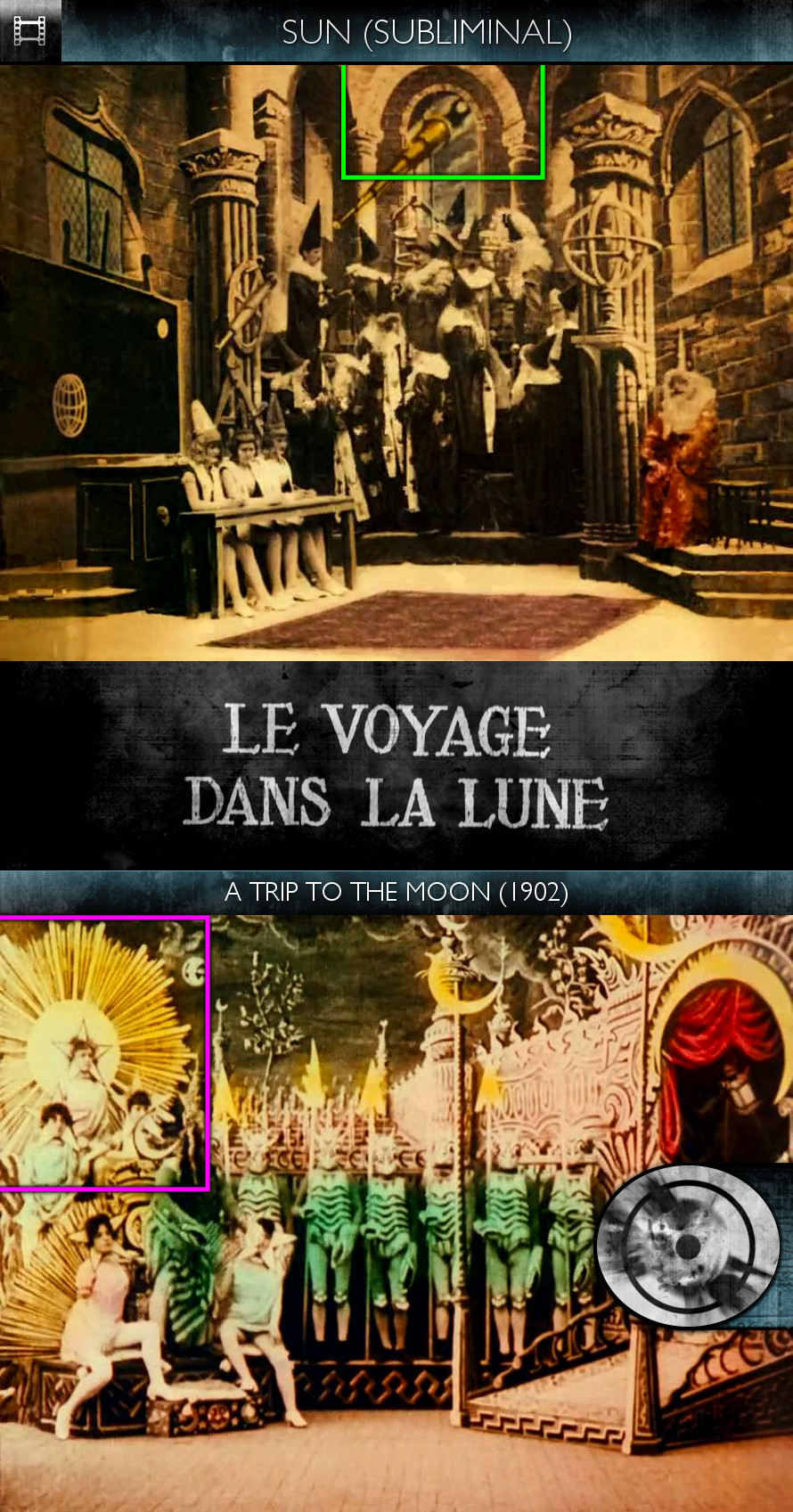 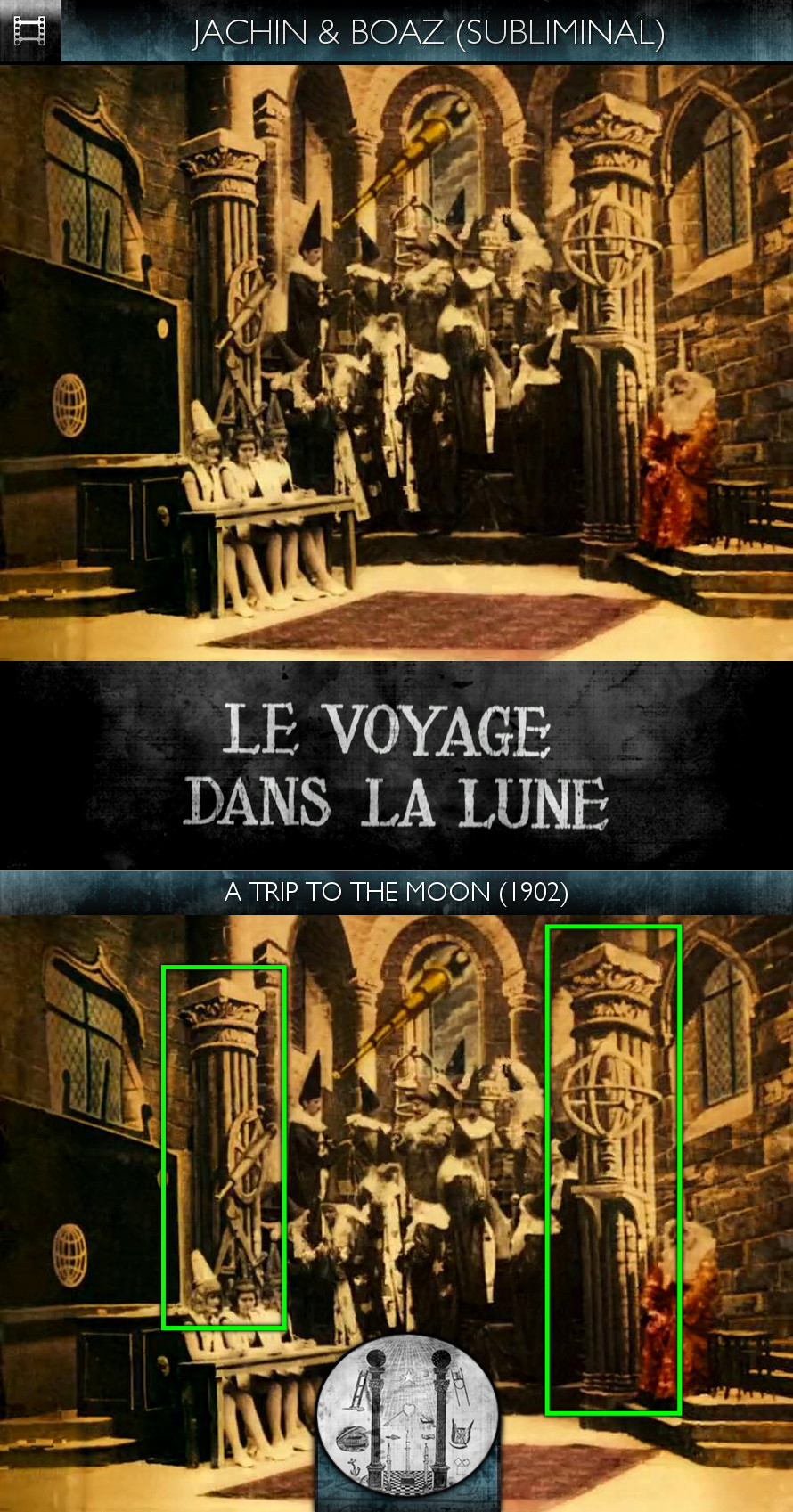 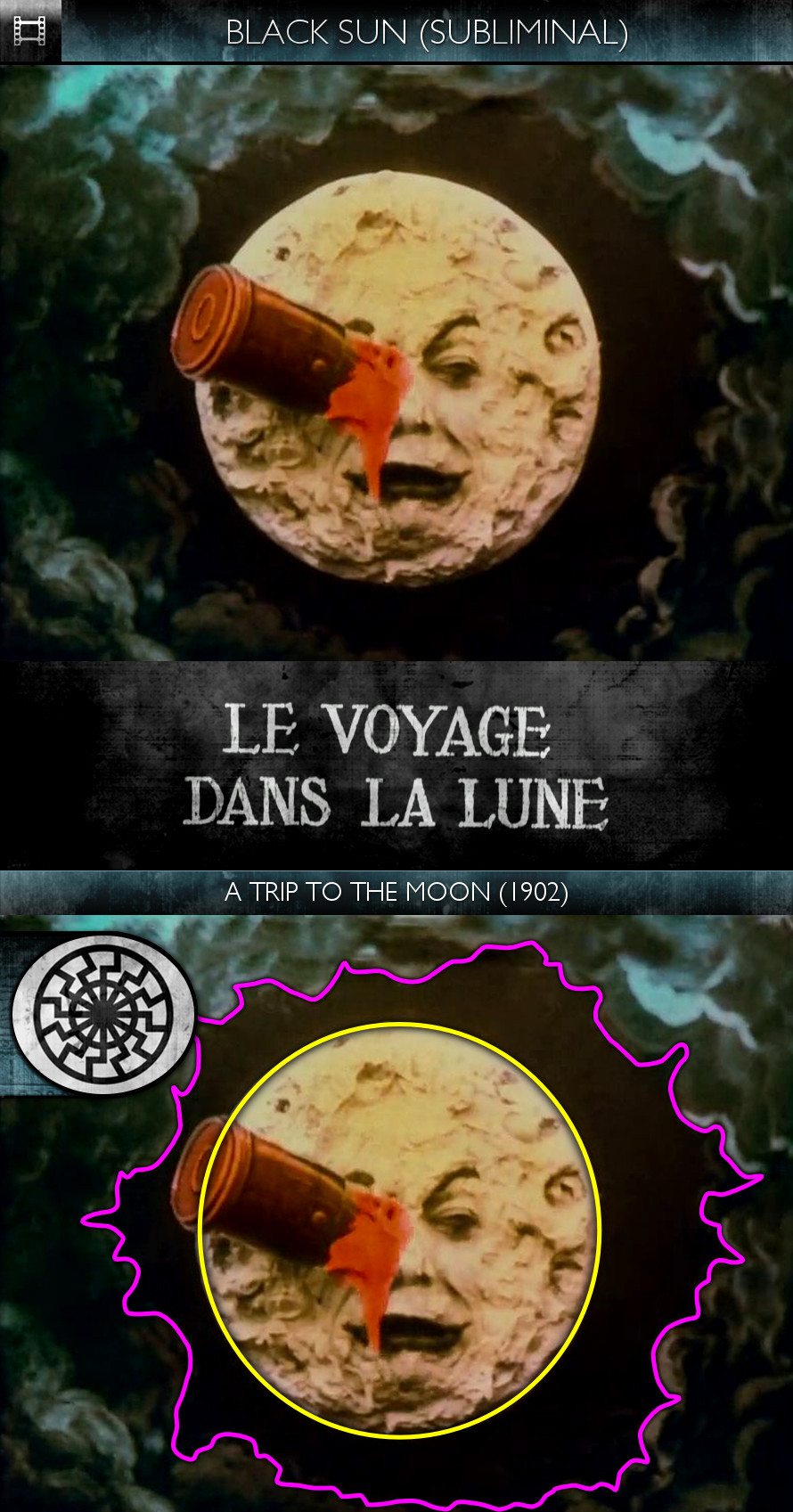 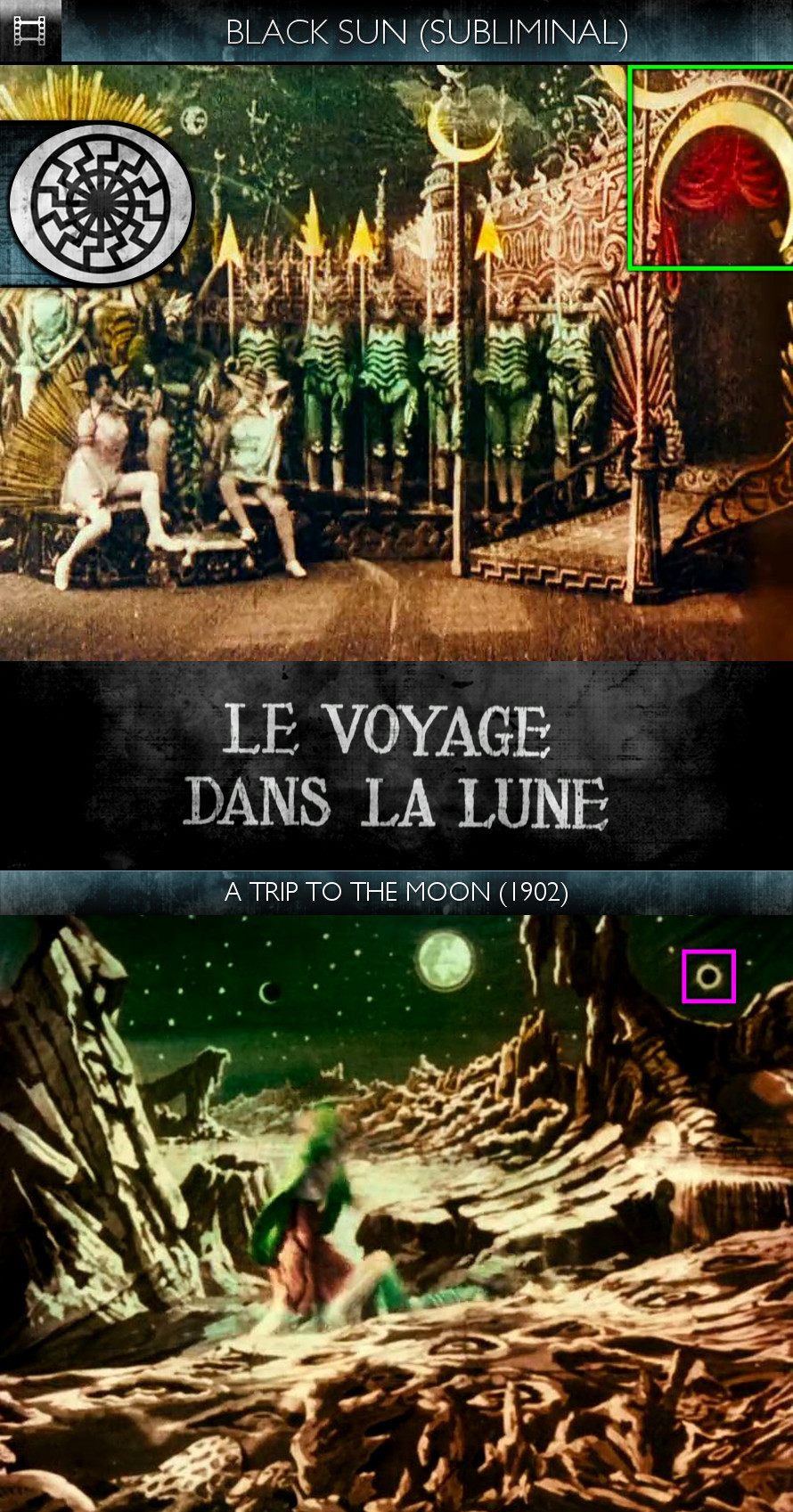